The Penguins were down 3-1 to the Devils at one point. It didn’t last long. [Penguins Sauce]

Olli Maatta had a solid game, with an assist in just under 20 minutes of ice time, despite having a cancer scare looming over him. [Trib Live]

What does it mean to have your goalie steal a game for you? Ask the Canadiens. [Habs Eyes on the Prize]

Calgary lost more than just the game. [Flame for Thought]

It would be a very Chris Neil thing to poke somebody in the eye. [The Hockey News]

Artem Anisimov was forced to leave the game after a hit from Eric Gryba. [Pro Hockey Talk] 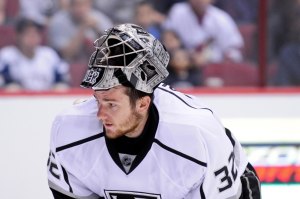 The Kings are a good model franchise. [Todays Slap Shot]

The Oilers season has been, in a word, inconsistent. [Two Pad Stack]

And finally, our best wishes go out to Mr. Hockey, who is resting after suffering a stroke. [Yahoo]