This article is part of my ongoing series that offers scapegoats for teams eliminated in the 2013 playoffs. Check out my previous posts on whom I blame respectively for the Leafs‘ and the Rangers‘ elimination.

When the expansion franchise in San Jose was looking for a nickname, they settled on “Sharks” because, according to Matt Levine (the team’s head of marketing), “Sharks are relentless, determined . . . and fearless.” The new franchise was committed to building “an organization that has all those qualities.”

Unfortunately, before the organization even iced its first shiver (group of sharks), a fifth column was already undermining the team’s chances to win by attacking its very talisman of strength: the shark itself.

Fifth columns (organizations that undermine a city or other type of collective from within) typically work through secrecy. For example, the various British and American scientists-turned-spies who leaked valuable information to the Soviets, which resulted in the U.S.S.R. becoming a nuclear power, used various tactics to conceal their acts of espionage.

Well, there is one exception: an American vigilante and amateur photographer who couldn’t turn down the following photo op. 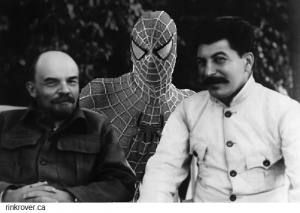 As a frequently-broke student with access to experimental nuclear facilities, it seems that Spidey had all the reasons and resources to sell secrets to the Soviets in order to pay his tuition.

Like Spider-man, the fifth column dedicated to destroying San Jose’s team does not work in secrecy. The Discovery Channel is not only a prominent cable channel but one that makes its subversive agenda plain. Indeed, it actively advertises activities that are detrimental to San Jose’s franchise. If you search for “Shark Week” on Wikipedia, you’ll get a page that discloses the Discovery Channel’s intention behind this annual celebration of toothy fish.

According to this page, “Shark Week was originally developed to raise awareness and respect for sharks.”

Respect? The only respect that San Jose’s team wants you to pay to Sharks involves acknowledging their physical superiority when you find yourself to be the main course at your last meal. In terms of hockey, the only respect that the San Jose seeks comes in the form of their rivals’ shedding the bitter tears of the deepest despair when they lose in their own barn and have to watch the Sharks hoist the Stanley Cup.

As for awareness, what the Discovery Channel really means is blatant emasculation. If you haven’t watched Shark Week, let me summarize the introduction and conclusion voice-overs for virtually every program aired in this festival of fierce fins: “Sharks are often misunderstood as vicious man-eaters on account of their portrayals in movies such as Jaws. In actuality, the number of deaths each year in America attributed to sharks is negligible. And the records of such encounters show a decrease in incidents as the public becomes more aware of how to keep a respectful distance from these misunderstood predators.”

So, in rehabilitating sharks in general, the Discovery Channel has rendered San Jose’s team laughable by presenting their namesake as a precious little snowflake that needs to be given its space because feelings.

Even more detrimental is the annual special’s focus on identifying the many types of sharks that are facing extinction. It won’t be long until they include Joe Thornton and Patrick Marleau to the list of Sharks that might disappear from the San Francisco Bay Area forever. After that, the Discovery Channel might as well air a documentary arguing that, based on the depletion of team morale, San Jose’s franchise should be declared an endangered species.

In some ways, San Jose should blame itself for its misfortunes. Their chosen nickname would have worked better if their main rival was the (now defunct) California Golden Seals. If the Seals were still around, the Sharks could launch a media blitz demonstrating their own team’s inherent superiority through clips from the documentary series Plant Earth that show sharks dominating seals. 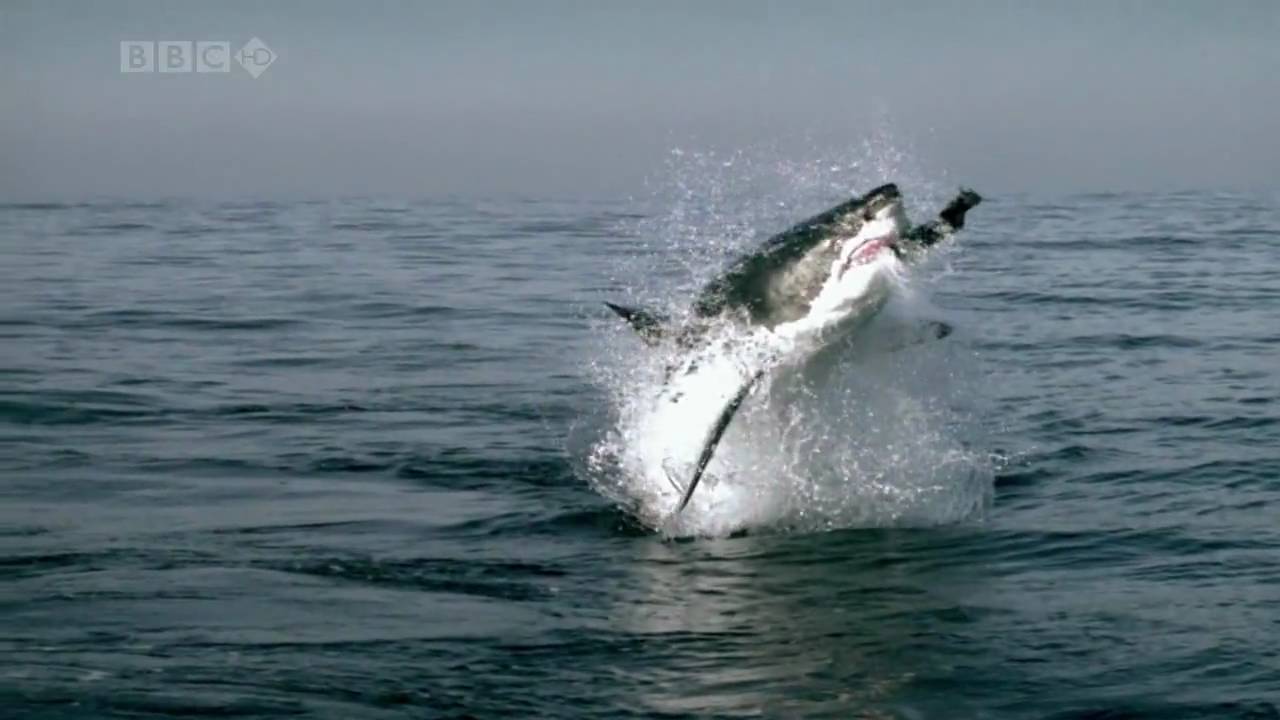 Instead, the LA Kings rule California, and the Anaheim Ducks quack derisively at their supposedly ferocious geographical rival. Both teams seem confident that the Sharks–true to their own logo–bite off more than they can chew by getting into and (fittingly enough) tanking in the postseason nearly every spring. 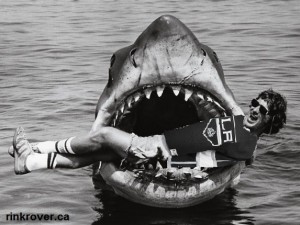 Pictured: Spielberg lounges in a shark’s mouth knowing that the supposedly fearsome fish doesn’t have any more ability to bite back than San Jose’s team does when trailing by two goals in an elimination game.

What’s worse, I’ve heard rumours that the Discovery Channel is developing its own version of NHL 24/7. The proposed series will profile the San Jose Sharks in the regular season and playoffs in order to dispel the notion that the franchise–although it often appears dangerous in the regular season–does not pose a significant threat to cup contenders in the postseason.