In 2005, the Detroit Red Wings selected Jakub Kindl with the 19th overall pick in the NHL Entry Draft. It was the highest the Wings’ had selected in the draft since 1991 when they took Martin Lapointe at number 10.

Coming out of the Ontario Hockey League Kindl was widely regarded as one of the top blueliners in the league. In his final 54 games in junior Kindl put up 11 goals, 44 assists, and was a plus 23 for the Kitchener Rangers.

Kindl spent the next four seasons honing his craft with the Grand Rapids Griffins in the American Hockey League. His most productive season coming in 2009-2010 when in 73 games with the Griffins he scored 33 points and was briefly called up to join the big club in Detroit.

In 2010, Kindl joined the Red Wings for good. Since then, it’s been nothing but disappointment from number four. Kindl has never been able to live up to the expectations the Wings had when they took him at number 19 back in ’05.

In November 2012 Wings’ beat writer Ansar Khan had this to say about Kindl:

Lacks inconsistency. Doesn’t always play with confidence. Reluctance to take a hit in order to make a play. Has limited offensive potential. His future with the organization is murky, but he has raw potential.

The more things change, the more they stay the same. Over two and a half years later Ansar’s analysis of Kindl still holds true.

How long will the Wings wait until they finally admit that Jakub Kindl is a lost cause? It’s time to face facts: potential is all Jakub Kindl will ever have.

I realize that it’s not easy to fold your hand on a former first round pick. If you’re Ken Holland & company you’re holding out hope that he’ll figure it out.

But, to that I say: if he was going to figure it out he would have done it by now. Kindl  is never going to produce big numbers offensively for this team.

And, he isn’t exactly Shea Weber in his own zone either. 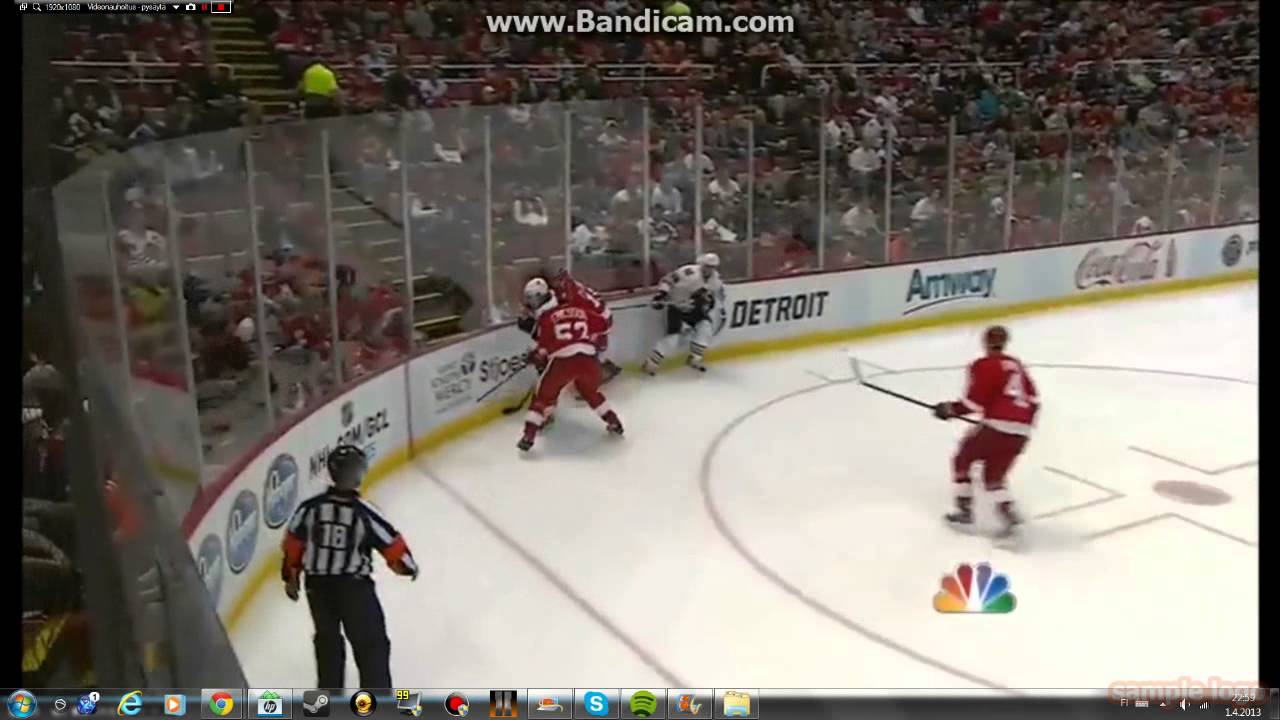 For a player with pretty good size he doesn’t dominate anyone physically. More often than not it’s Kindl who winds up on his rear-end.

Every so often Kindl will show glimpses of becoming that player the Wings had envisioned. However, anyone who watched Kindl’s performance vs. the Boston Bruins realizes those glimpses are few and far between.

A Change Of Scenery

Option number 1: Trade him now well there’s still time. If the Wings move Kindl now there might be a team willing to take a chance on a former first round defender.

At this point the Wings should be able to salvage something in return for him. With a change of scenery I think Jakub Kindl could resurrect his career.

But, it’s not going to happen in Detroit.

It’s time for both parties to pack it up and call it a day. Moving Kindl should be easier for the Wings when you consider the good, young defensemen in the pipeline.

The Wings need an injection of new blood on the blueline and Xavier Ouellet and Ryan Sproul look primed to make the jump to the National Hockey League. Throw in another defense acquistion and Detroit could be all set on the backend.

Option number 2: Keep him around for another lackluster season and watch his stock plummet even further. Question is: will it be door number one or door number two? It’s your move Ken Holland.

Growing up in London Ontario I only had 2 choices: Wings or Leafs. Fortunately, with a little strong arming from my Dad I made the right choice and have been a Wing Nut ever since. My loyalty has never wavered through the good times and bad… even after enduring plenty of ridicule at school because of Borschevsky’s goal in ’93. My favorite time of year is early spring when playoff hockey begins, playoff beards are sprouted, and the dream of Detroit hoisting Lord Stanley’s Cup presents itself one more time.