Fans of the hit comedy “Dumb and Dumber” rejoiced at the report that Cam Neely was set to reprise his role as the ornery trucker, Seabass. Even better news was that Boston Bruins player Milan Lucic could possibly play the role of Seabass’ son.

Of course anyone familiar with the movie or who hasn’t lived under a rock since 1994 knows the famous scene all too well. Harry, played by Jeff Daniels, tosses a salt shaker over his shoulder and hits Seabass in the head. Seabass then retaliates in true angry trucker fashion, by spitting in Harry’s burger. 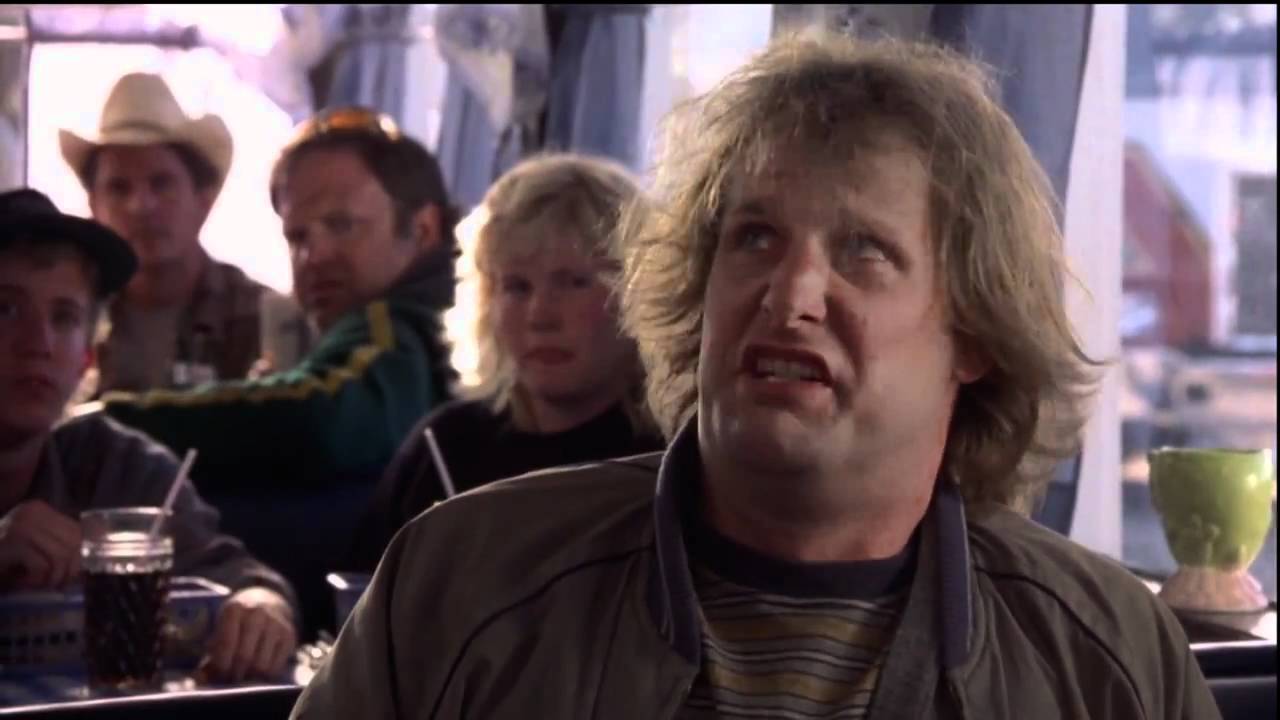 It was just one of many scenes that people remember from that movie and it was played perfect by Neely. However, most players don’t have the acting chops that Neely has. Hockey players have long acted in films, TV shows, and commercials and most of them should just stick to their day jobs.

In a 1989 episode of ‘General Hospital’, New Jersey Devils right winger Doug Brown was admitted to the General Hospital with some sort of arm injury. The ladies of the hospital were instantly smitten by Doug Brown’s presence. Brown’s teammates John Maclean and Ken Daneyko swing by to pick him up from the hospital.

The ladies swooned over Maclean and Daneyko, too, and why wouldn’t they with Daneyko’s great head of hockey hair.

This scene once again proved my theory that women love hockey players.

Again in 1989, Wayne Gretzky had just completed his first full season in Los Angeles and was the hottest player in the NHL. So, Canadian born executive producer of “Saturday Night Live” Lorne Michaels pegged Gretzky as the host for the second to last episode of the season. Many athletes had hosted before Gretzky, but he was the first hockey player to host “SNL” and to date only hockey player to host.

John Travolta (played by Dana Carvey) and Jack Nicholson (played by the great Phil Hartman) had the same brilliant idea of placing a little person in net holding a large board covering the net. Genius! Jon Lovitz’s Sylvester Stallone impression was so bad that it was hilarious and his line about turning Bette Davis’ skull into dust was funny. It really was a funny skit on an otherwise shaky show.

After scouring the Internet, I could not find the skit, but the whole episode is available. If you have 40 minutes on a lazy day, give it a look just to see the Great One act.

I did however find a clip of Gretzky signing in a spoof of Elvis Presley movies from the 1950s. Enjoy.

I saw “This Is 40” in the theaters on Christmas Day last year after I was outnumbered in a group vote, I guess just my brother and I wanted to see “Django Unchained”. In my opinion, it was not a good movie.

Little that I’d know, but the some members of the Philadelphia Flyers would make an appearance in the film. Scott Hartnell, James van Riemsdyk, Ian Laperriere, and Matt Carle were in a nightclub flirting with two of the main characters.

Laperriere gets the majority of the face time of all the Flyers when Megan Fox outs his false teeth in her mouth. Laperriere actually didn’t do a bad job. He’s not Brando, but in terms of hockey players, he wasn’t bad.

Perhaps Ryan Nugent-Hopkins, Gabriel Landeskog, and Jonathan Huberdeau should just stick to playing hockey because this was bad. Just bad.

In an ad for Upper Deck, the three rookies think the kid who just opened his pack of cards is excited about each other. Let the terrible acting commence. 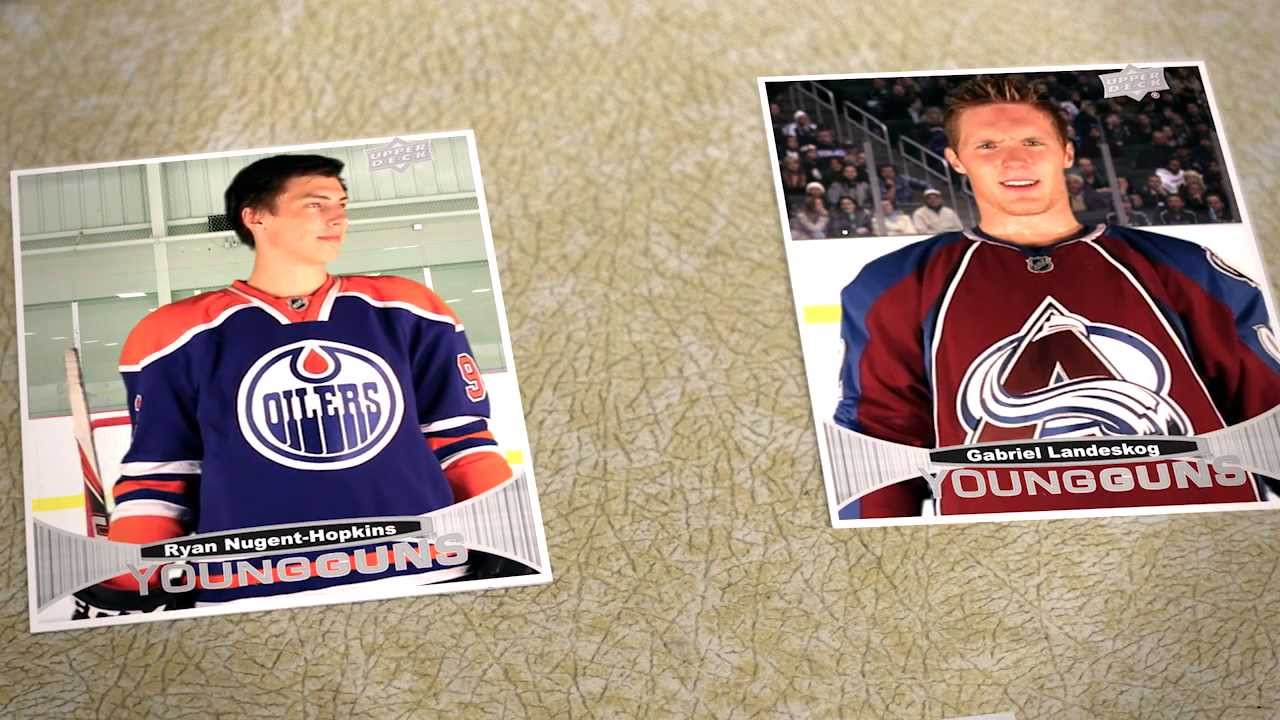 I’m pretty sure Huberdeau slightly flubs his opening line and I haven’t seen acting so rigid since a young Mark Wallace Graham in the second grade production of “Goin’ Buggy”. Nugent-Hopkins and Landeskog weren’t much better either.

Sometimes acting isn’t all about speaking. Charlie Chaplin and Buster Keaton made a living out of just using body movements and not their speaking. Someone probably should have told Mario Lemieux that.

In a television ad promotion a Mario Lemieux growth chart giveaway, Lemieux grabs a young fan trying to measure himself on the chart. Lemieux then lifts the kid up to the top of the chart and just stares at the kid for numerous seconds.

It could have been the director’s idea, but it is still a poor job of acting on Lemieux’s part. He may have saved the Pittsburgh Penguins, but he couldn’t save this weird commercial.

In 2009, Jeremy Roenick decided to try his hand at acting while the NHL was on summer break. Roenick played a “bumbling security guard”, as he put it, in the TNT drama. It was a short cameo, but Roenick gets lured away from his post by a woman flirting with him while Timothy Hutton and his crew break in.

I have to agree with Jeremy Roenick in that his hair did look good in the scene. I guess that’s better than nothing.

None of the players on this list are going to win an Oscars anytime soon, but Daniel Day-Lewis isn’t going to suit up for the Montreal Canadiens either.

Did I miss any notable acting achievements by hockey players? Comment below or send me a Tweet, @MarkWGraham