Logan Couture is 23 years old.  In his second season, he joined four other players to score 30 goals in a season within his first two in the NHL.  He has joined veterans Marleau and Thornton as the top point-scorers in his tenure with the Sharks.  Logan Couture plays a style of hockey that is sorely missed on the Sharks front line.  A sharp-shooting lefty whose energy can raise a team from the depths.  At a recent game at the HP Pavillion, he was given his own highlight reel; and from observance of the home fans,  it is safe to say Logan Couture has quickly become a fan favorite. 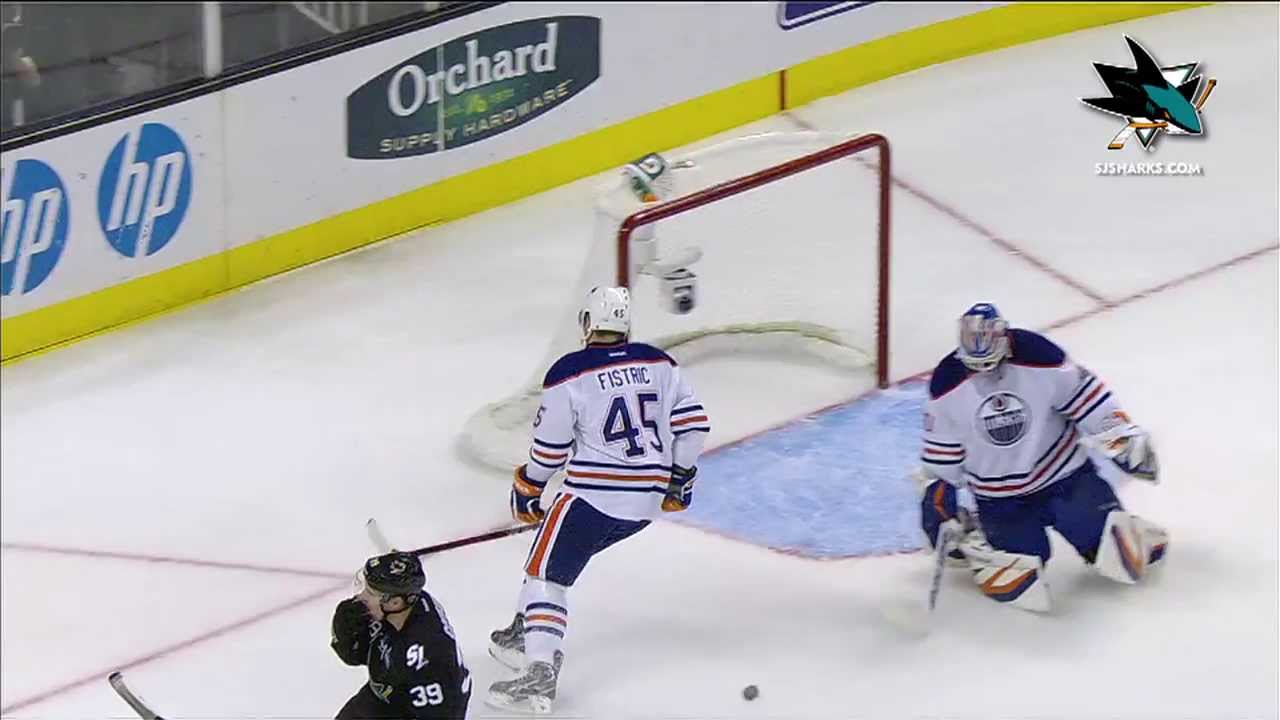 From Sharks to Guppies

The San Jose Sharks started this season 7-0-0.  Since then, the very same team, with no significant injuries, has managed to win seven games in 24 tries.  The Sharks are at the very bottom of the table on offensive statistics.  They only score 2.29 goals per game and have only managed 71 goals all season.  The credit for this season should really go to the man who plays all sixty minutes in the back.  Anti Niemi has bailed his team out with fantastic play and is in the running for a Vezina Trophy, not to mention the playoff picture.  But for how much longer?

Patrick Marleau leads the team with fifteen goals, but more than half of them came in the first five games of the shortened season.  Joe Thornton has kept up his point production, but goals are scarce.  With a team struggling to score, a young face can inject new life into a waning forward core.  Logan Couture’s high energy in the locker room and on the ice is a valuable asset that the Sharks can build around.  But in order to build, the Sharks need to make moves at the deadline.

Busy at the Deadline

San Jose just made their first trade of what should be many before the April 3rd deadline in shipping Douglas Murray to Pittsburgh.  It will be the first many because the Sharks are becoming irrelevant in this league.  With two very desirable trade pieces left in Dan Boyle and Ryan Clowe, the Sharks have opportunities to get younger players and prepare for the future.

Boyle is much easier to ship out as an older and more proven player, but also as a forward that might have lost his scoring touch.  Scoring a talented empty-netter against the Ducks on Monday likely increased his trade value further.  Ryan Clowe represents a more complex issue insofar that he is only 30 years old and brings a different kind of energy to this Sharks team.

What energy Logan Couture brings to the scoresheet, Ryan Clowe matches with his physicality and a bit of an aggravation factor to the game.  Trading Clowe would be a gamble a bit too far.  His upside might not show on the scoreboard this season, but he is a key player to the Sharks moving forward.  At the same time, his goal production is way down this year (hint: it is non-existent).  Maybe it is a time for a change of scenery for the power forward.

In Monday’s game against the Pacific Division leading Ducks, Logan Couture scored on a talented deflection (not a deflection that just happened to hit him, one he meant to have happen).  The goal was waived off when it was determined that his stick was too high, but it represents another aspect of his goal-scoring abilities.  Logan Couture shows the flashes of a younger Patrick Marleau in every game he plays.  Hard-working goals, highlight-worthy snipe jobs, and rocket slapshots fill his resume.  He even dishes the puck almost as much as he scores it.  With 82 goals and 73 assists in his career, Couture is as much a passer as he is a scorer.  A leader must have both aspects of the offensive game to build a team around him.  Logan Couture has been groomed by fantastic veterans Thronton and Marleau for the future, and the future is rapidly approaching.