For many teams, finishing dead last in the standings would not be cause for happiness. They would be disappointed and left to lament what exactly went wrong throughout their 82-game schedule. This would be the case for most teams. However, what if finishing last overall was the goal? Cue the Toronto Maple Leafs.

The Maple Leafs had no expectations this coming season. It was to be a campaign of change and pain in order to grow and build a prosperous winner for the future. Their goal was to shed some contracts, acquire prospects and picks, and to finish last, which would secure them the best odds of winning the lottery and picking first overall. In the following paragraphs, I’m going to explain exactly how they check off each point on their wish list.

If you’d like to check out the previous edition of Maple Leafs News, you can find it right here.

The Maple Leafs are primed to be a young team on the rise. In order for this to happen, however, they had to move the old guard of players out of town. Arguably, the biggest trade of the season was the one that sent Dion Phaneuf to the Ottawa Senators. The Leafs didn’t retain any salary and netted themselves a decent prospect in return. 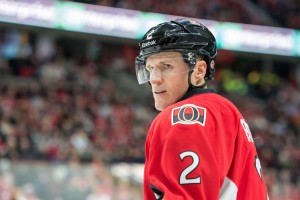 That was a huge win for the Blue and White. Phaneuf had a massive contract and many teams were not willing to entertain the idea of a trade for that very reason. General manager Lou Lamoriello and company, however, found a way and the former captain’s cap hit is completely off the books.

Then there were the trades that took place before the deadline. James Reimer, Roman Polak, Daniel Winnik and Shawn Matthias were all dealt to contending teams. The return was good, as they fetched some solid prospects and draft picks for the organization to use in the future. They also opened up space on the roster that would later be used to call up the kids.

Losing those contracts was the pivotal first step towards building a contender. The Leafs are one of the richest teams in the NHL. They weren’t that strong on the ice, but they certainly flexed their financial muscles.

Give the Kids a Chance

After the trade deadline passed, the Leafs had some holes in their roster to fill. The call was placed to the Toronto Marlies, who were having a dominant season in the American Hockey League. A bunch of Marlies made their NHL debuts this season, including William Nylander, Zach Hyman and Nikita Soshnikov.

These three, in particular, showed great promise and could become NHL regulars next season. Nylander showed flashes of the offensive dynamo many know he can be and finished his 22-game stint with six goals and 13 points. Hyman showed grit, toughness and a tenacity in front of the net that the Leafs have lacked for a long time.

Soshnikov was also spectacular. He reminds me of a more offensive Leo Komarov, in the sense that he has excellent skating and a wicked shot. He’s also extremely physical and won’t shy away from finishing his check, a trait that endeared him very quickly to Maple Leaf fans.

Plenty of others suited up for the Blue and White and left various impressions. Connor Carrick, acquired from Washington, had some bright moments on the blue line. Garret Sparks played some excellent stretches in net and Kasperi Kapanen showed glimpses of the scoring forward he could become.

The goal for the Leafs was to finish this season 30th in the NHL. This would secure them the best odds of winning the lottery on April 30 and subsequently selecting Auston Matthews first overall. With their 5-1 loss to New Jersey in their final game of the season, the Leafs sewed up last place in masterful fashion.

Winning the lottery is a bit more tricky, however. For those unaware, the process has been changed a bit this year. There will be a lottery for each of the top-three picks. On one hand, the Leafs’ last-place finish still means there’s almost a  50/50 chance they don’t draft in the top three. On the other hand, they can only fall as low as fourth, which is where they drafted Mitch Marner last year. It would also still guarantee them a hell of a prospect in what appears to be a very deep draft class. 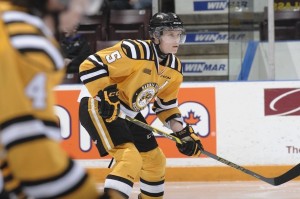 Ideally, the Leafs would love to get that first pick and take Matthews, the big American centre. Two or three would guarantee them one of the two big Finnish power wingers, Patrick Laine or Jesse Puljujarvi. Falling to fourth gives them a lot of other options.

They could take Matthew Tkachuk, who’s had an impressive year with the London Knights. Pierre-Luc Dubois is a big scoring forward who has looked dominant for the Cape Breton Screaming Eagles. How about a brother connection? Alex Nylander will be available if the team decided to reunite the brothers.

Don’t forget the defenseman, as Sarnia’s Jakob Chychrun, and London’s Olli Juolevi are also in the mix. Hope for the first pick, but be prepared for every possible outcome. The Leafs will be doing their homework to prepare for all the possible scenarios and no matter where they land on April 30, they are well aware that they will have plenty of options come draft day.

It has been an interesting ride so far. There’s still much pain to come, but with the Leafs being active at the draft and during free agency, the possibilities for the future are endless. It’s an exciting time to be a fan. The future is bright and this past year laid the foundation for the pillars that will one day become a winning franchise.