Michael Ferland may not be a household name to the casual NHL fan, but he is one of Calgary’s playoff heroes.

In the Flames’ first-round series against the hated Vancouver Canucks, few expected the 23-year-old to have a significant impact. After all, he had only scored five points in 26 regular season games and was a bottom-six forward alongside David Jones and Matt Stajan.

Ferland may not be as offensively gifted as those two but his impact goes well beyond the scoresheet.

The Long Road To The NHL

Calgary’s fifth-round pick in 2010 began his journey with the Brandon Wheat Kings in the Western Hockey League. Ferland responded by scoring 70 goals and 152 points in 124 games while accumulating 194 penalty minutes. At six-foot-two-inches tall, he showed his potential as a power forward.

The 2012-13 season saw Ferland play with four separate minor league teams in three different leagues. Bouncing around made it tough for the winger to rediscover the form that resulted in 47 goals and 96 points a season earlier. 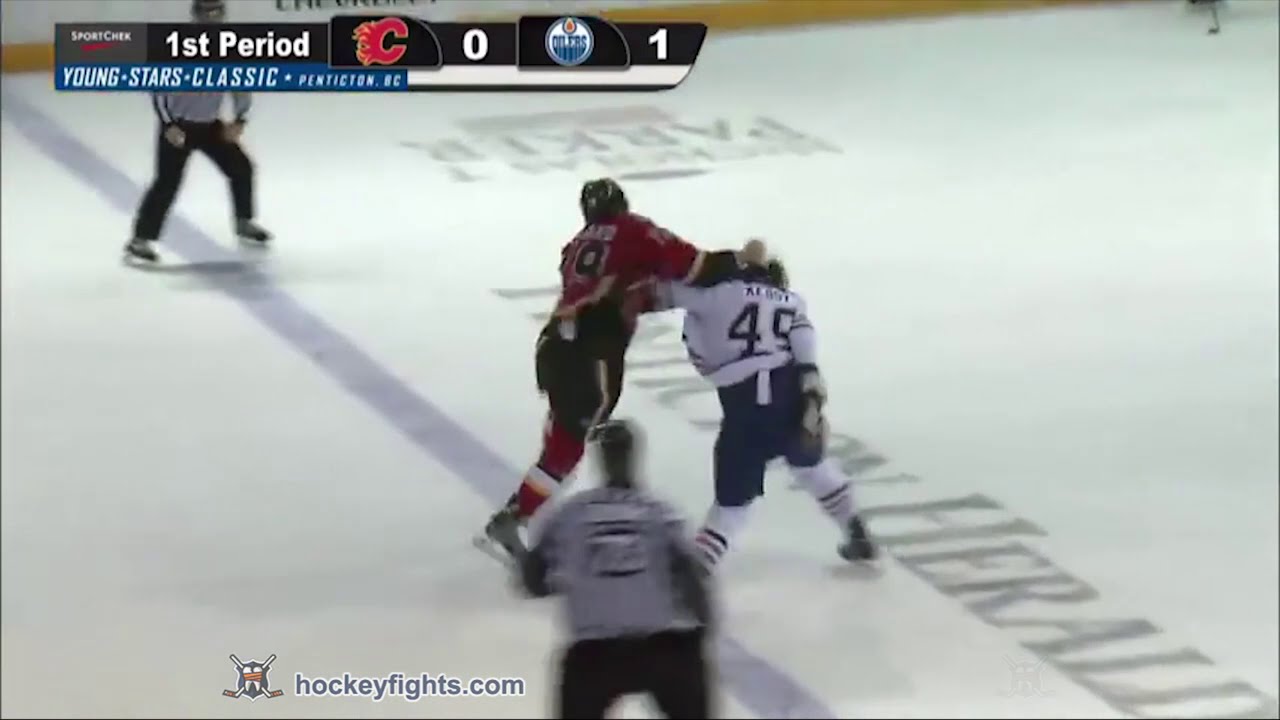 After spending 25 games with Abbotsford in the American Hockey League in 2013-14, Ferland made a statement during Flames training camp prior to the start of this season. His fisticuffs and physicality caught the attention of coach Bob Hartley. Ferland was sent down to Calgary’s AHL affiliate to start the year but he did not end the season there.

After a 10-game stint with the Flames in his first call-up, Ferland was called up a second time on February 23rd. The Manitoba native scored his first career NHL goal against the Nashville Predators on March 29th, two days after celebrating a year of sobriety.

Ferland’s journey culminated in a roster spot on a young, exciting team that was playoff bound after a working his way through the minor leagues.

Calgary’s playoff adventure got off to the perfect start in Vancouver against the Canucks. A 2-1 victory at Rogers Arena set the wheels in motion for Ferland to make his presence felt in the series. He recorded an assist and a team-leading seven hits in over 14 minutes of ice time.

Ferland ignited the Flames physical attack at the Saddledome in Game 3. In just 12:09, the physical forward registered eight hits while frustrating the Canucks with his aggression on the forecheck. Ferland began to make a name for himself, even if Vancouver defenseman Kevin Bieksa said otherwise after Calgary’s 4-2 victory.

Kevin Bieksa when asked if Michael Ferland is under Canucks skin: "Who suggested that? Them? I think he's pretty irrelevant so far." #Flames

Train number 79 in red continued to rumble down the tracks in Games 4 and 5 registering a combined 15 hits. Vancouver players had to keep their heads on a swivel when Ferland was on the ice. He was performing his job as a physical force to perfection.

On Saturday night, the Flames were in position to complete the upset over Vancouver but fell behind 3-0 midway through the first period. The “C of Red” sat in stunned silence, waiting for their beloved hockey club to give them something to cheer about.

Ferland gave the fans what they wanted.

His first career playoff goal at 17:02 of the opening frame ignited the first of two Calgary comebacks on the night. Sean Monahan and Gaudreau scored early in the second period, feeding off the energy of Ferland’s late goal to tie the game at three.

With less than five minutes remaining in regulation, Hartley sent out the trio of Stajan, Jones, and Ferland in a 4-4 tie. A hard net drive by Ferland drew three Canucks to him, leaving the 31-year-old Stajan in the high slot to snap the puck by Ryan Miller.

Calgary’s third line scored the goal that would finish off their Canadian rivals.

It was only fitting that Ferland’s second goal of the game, an empty-netter, would be the final one of the series. He ignited the Flames’ comeback with the first goal and finished the Canucks for good with the last one.

Ferland’s stat line on the night confirmed his role as a game-changer.

If Bieksa thought he was irrelevant after Game 3, Vancouver’s number three definitely knows the name now.

Soon enough, Michael Ferland’s name will grow outside of Calgary to wider circles around the NHL. His Game 6 heroics were a just reward for a player who instilled fear in the hearts of the Canucks.