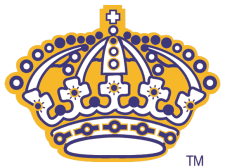 While digesting the Montreal Canadiens absolutely shocking upset of the first place, Presidents Trophy winners, the Washington Capitals in the first round of the playoffs last night, I thought to myself *What is the greatest upset of all time?*

A few noteworthy upsets immediately came to mind that I can actually honestly say I remember, and last night’s ranks right up there with them. Some of the more recent NHL Stanley Cup Playoff upsets include Dwayne Roloson ….errr.. I mean the Oilers upsetting the Red Wings in ’06, the Habs sending Home the Bruins in six games in ’02, the Senators upsetting the Devils in ’98, and the Oilers upsetting the Stars in ’97, which was particularly sweet in my household because my father’s cousin, Kevin Primeau, was an Assistant Coach with the Oilers at the time.

Some of the Best Playoff Upsets

Then we travel back in time to some playoff upsets which I cannot remember, but are obviously no less important i.e. the North Stars defeating the Blackhawks in ’91, the (fourteenth seeded!)  Oilers upsetting the Montreal Canadiens in ’81, in which both teams were stacked with eventual Hall of Famers, and the 1953 upset of the Gordie Howe-Ted Lindsay led Detroit Red Wings by a below .500 regular season Boston Bruins team.

So, what we should learn from all this is that the Oilers like to upset, the Red Wings like to get upset, and Montreal can go either way. Ok, not really. What we should learn from this is that although those upsets were wildly exciting, none of them are considered the greatest upset of all time. The greatest upset of all time is still the Miracle on Manchester.

For those of you who don’t know what that is, it took place during the 1982 Stanley Cup divisional playoffs in a game between the “New Kids on the Block” Edmonton Oilers, and the purple and yellow Los Angeles Kings (not because they were badly bruised every night, but because their uniforms followed that colour scheme in those days). The Kings finished the regular season 48 points behind the Oilers. I know what you’re thinking, is that even possible? In only their third season, the Oilers were already establishing themselves as an offensive powerhouse of the league. One of their players even scored 212 points that year (I think his name was… Wayne something?), and outscored the second place scoring leader Mike Bossy by 65 points. Yea, it was a tight race all the way. Along with this mysterious Wayne fellow, whose last name still escapes me, the Oilers also had some other “decent” players on their roster. Some young kids named Mark Messier, Jari Kurri, Glenn Anderson, Paul Coffey, Kevin Lowe, and a goaltender named Grant Fuhr. In all seriousness though, that core group of young Oilers made up arguably one of the greatest teams to ever play professional hockey. 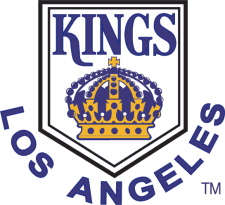 However, it is often said in the sports world that before you can become a champion, you have to go through some learning experiences, and the young Gretzky-led Oilers were about to go through a big one. The ’82 series between the Kings and the Oilers was a five game series, as was the format of the earlier playoff rounds at the time. The Kings had a little offensive firepower of their own with players like Marcel Dionne, Dave Taylor, and a young defender named Larry Murphy. The Kings ended up taking the first game of the series 10-8, which was considered a bit of a high score even in the wide open hockey era of the 1980’s. The Oilers tied the series up on a Wayne Gretzky overtime goal in game two, which set the stage for the Miracle game.

The Miracle on Manchester – Kings vs. Oilers

In game three, the Oilers walked all over the Kings early, just as they did with most of the teams they played that season. The score was 5-0 for the Oilers heading into the third and final stanza. The Kings then started to chip away at the Oilers lead, little by little. The Kings got one goal, then another. The Oilers were still confident because goal scoring had never been a problem for them all season long, as Oilers coach Glen Sather chuckled from the Edmonton bench. Before they knew it, the score was now 5-3, but with only a few minutes left in the game it appeared as if it was too little too late for the Kings. They needed a break to go their way; they got one. The Oilers took a five-minute major penalty for high sticking with less than five minutes to go in the game. The Kings notched another goal; the score was now 5-4. Los Angeles pulled their goaltender, Mario Lessard with seconds to go for a six on four advantage and applied desperate and ferocious pressure in the Oilers zone. The unthinkable then happened, the Kings tied the game with five seconds left on the clock on a Steve Bozek goal that sent the game into overtime, 5-5!

The overtime winner came quickly on a shot off the draw by Kings rookie Daryl Evans only two and a half minutes into the extra frame. The crowd went nuts, and the Oilers never recovered, eventually losing the series the next game.  The Kings were eliminated by the Vancouver Canucks in the next round of the playoffs, and the Oilers went on to win five Stanley Cups within seven years during the decade, but they never forgot being the victims of the greatest Stanley Cup playoff upset of all time, the Miracle on Manchester.

12 thoughts on “Miracle on Manchester, Still Greatest NHL Playoff Upset of All Time”