When CHL stars Seth Jones, Nathan MacKinnon, and Jonathan Drouin declined to participate in the fitness tests at the 2013 NHL Combine, few commentators subjected this decision to scrutiny. Why? Because hockey journalists know the shocking truth behind the combine, which is actually a harrowing ordeal of epic proportions.

The draftlings’ decision ostensibly stemmed from having just finished the grueling campaign to win the Memorial Cup. But that explanation conceals the real reason: the fitness tests involved in this annual event purposefully put prospects in mortal danger, and this year’s top prospects were too worn out to withstand these pre-planned travails.

The Combine results aren’t part of how teams decide how to stratify prospects into draft standings: it’s where they find out which players have been predestined by fate to join their organizations.

The draft itself is pure pageantry. That’s why players typically rise and walk toward the stage in a nonchalant way: they’ve known which team will draft them weeks in advance.

To give you a better understanding of this annual event, I’ve compiled the tall tales behind the combine: a three-part journey that reveals a prospect’s athletic ability as well as glimpses into the human condition.

The pictures that emerge yearly (of prospects getting their height, weight, wingspan, etcetera measured) reveal only the prelude to the more excruciating examination that takes place once the media have left.

The league’s scouts and executives take prospects to a little-known cliff outside of Toronto. There, a reclusive sage inspects each player’s form for any defects (physical or metaphysical) that might not be detected through conventional measurements.

If any of the draft hopefuls resembles busts from previous years, he is cast from the cliff and his name is blotted from the book of hockey history.

2. A Journey to the Underworld

Once the inferior specimens have been weeded out, the prospects are transported to a remote area of Italy. There, each draftling consults the resident Sibyl (a prophetess from ancient Roman mythology) to learn what challenges face him on the next leg of his journey, as in Virgil’s Aeneid, to the underworld.

It’s my understanding that the Sibyl acts like Tommy DeVito’s mother in Goodfellas: she badgers prospects about how they never visit, makes them pasta, and insists that they take a look at her newest paint-by-number masterpiece. Only after this preamble will she tell them how they can enter the realm of the dead and return again to the land of the living. The whole exchange is tedious, but the full-course meal makes the Sibyl’s tangents worthwhile.

Having entered the underworld, prospects proceed to the highlight of their trek: in the caverns of the netherworld, they see shades re-enact famous games from hockey lore. Each game they pass exceeds the last in magnitude and grandeur.

The opportunity to stay in the underworld and watch classic games as though they were happening live (and without having to pay a subscription fee for NHL GameCenter’s vault),  tempts prospects to forsake the world above.

If not for the Scorsesean Sibyl’s wisdom (which she punctuates by giving each prospect some maternal slaps-in-the-face that ingrain her lessons in his memory), these youths would lose sight of their greater goal and remain idly watching historic games for eternity while snacking on lotus-flavoured chips.

Upon exiting these caverns, draftlings emerge in a blissful field in which they meet their ancestors. Here they learn what great careers lie ahead of them if they can escape from the underworld unscathed.

This optimistic view of their fates emboldens prospects for the daunting obstacle that must be overcome before they can return to the world of the living: they must defeat one of two underworld guardians.

Each prospect must choose between wrestling Cerberus, the multi-headed hound, into submission (as Hercules did in classical mythology), or beating Death himself in a game chosen by the prospect. 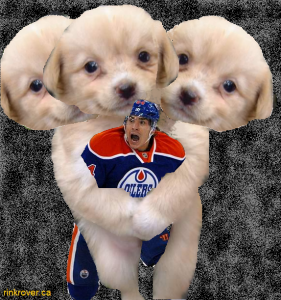 Comparatively speaking, wrestling Cerberus is more dangerous but (on average) takes less time to complete than beating Death who, as in the documentary Bill and Ted’s Bogus Journey, often revises the number of times prospects must beat him in a variety of games before he will set them free.

Also, prospects typically assume that they can rather simply beat Death by challenging him to a game of hockey. These boys quickly revise their plans when they see a colleague get high-sticked by Death’s scythe.

3. The Selection of Teams

Once the prospect has emerged from the underworld, he must scale a specific Himalayan mountain on which grows an unassuming blue flower. In the NHL temple hidden in the foothills of the mountains, the flower is turned into a hallucinogen that even Hunter S. Thompson would have declined taking on his quest (in Fear and Loathing in Las Vegas) to map the roads-less-taken that lead to the seething heart of the American Dream.

Once exposed to the hallucinogen, the prospect will confront his greatest fear. As with Batman’s selection of his alter-ego, that fear will determine which NHL uniform the prospect will don at the 2013 Entry Draft.

Here are some examples that show how certain fears correspond with specific teams.

Obviously, if the prospect is most afraid of sharks, whales, or flying, he joins San Jose, Vancouver, or Winnipeg respectively.

If he has a general fear of the unknown, he will join the Columbus Blue Jackets (as no one knows for certain what a “blue jacket” is exactly).

If he fears the god Zeus, he will, of course, join the Tampa Bay Lightning.

If scorpions terrify him most, the prospect will join Carolina (in honour of the Scorpions’ hit song “Rock You Like a Hurricane”).

If his hallucination centres on a grotesque image of the titular twit from Gilligan’s Island, then he’s destined to join the New York Islanders. 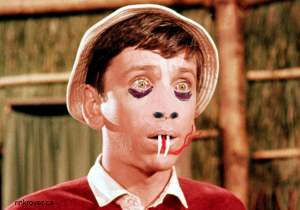 Trust me; you don’t want to see the Skipper, too.

Seeing a menacing, psychedelic Treebeard or another Ent from The Lord of the Rings means that fate has selected that prospect to join the Toronto Maple Leafs. 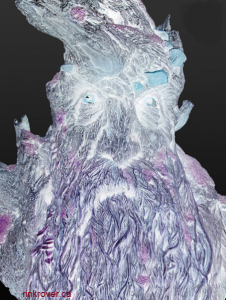 Incidentally, rock mythologists maintain that Jimi Hendrix crafted the guitar used to play “The Star-Spangled Banner” from the wood of a psychedelic Ent.

Lastly, if a prospect’s interview with a GM is interrupted by kaleidoscopic visions of Emilio Estevez, then the stars have aligned in order to place him in the Anaheim Ducks’ starting lineup. 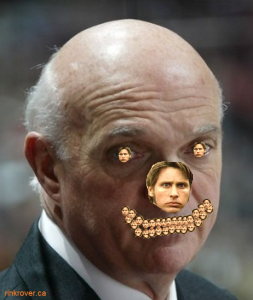 It’s said that Ducks prospects are the only ones who experience fear in its purest form.

After the hallucinations have dissipated and the world returns to normal, the prospects have nearly completed their journey.

The only thing that remains is a duel with Liam Neeson. And I don’t mean the 60-year old Irish actor but a compilation of his fiercest film personas. Prospects have to defeat a Liam Neeson that comprises everything from Qui-Gon Jinn to Ra’s al Ghul, and from Scottish hero Rob Roy to the leonine Narnian deity Aslan. 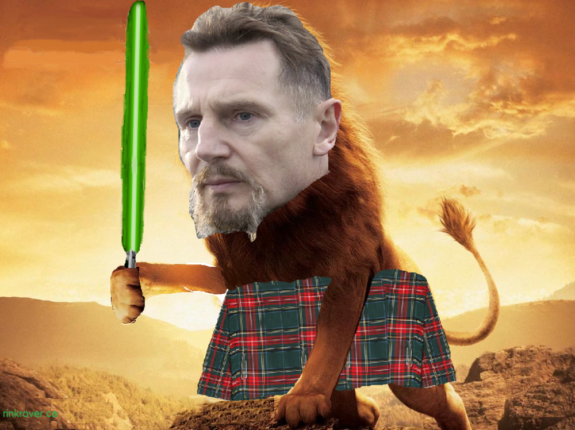