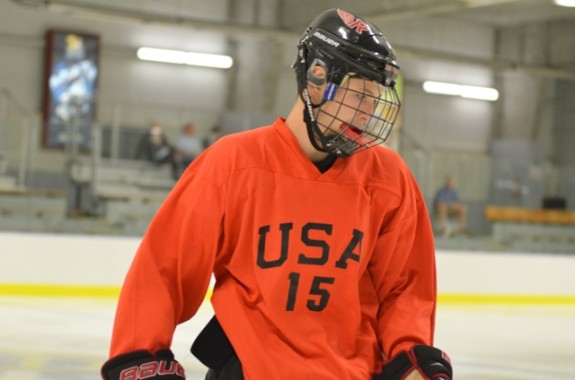 Miles Gendron- Converted Rivers forward to defense an effortless skater with the smarts to handle the position. Riser- watch him this year

UConn recruit Miles Gendron will play for the Penticton Vees of the BCHL next season.

Miles Gendron '14 was named the 2014 recipient of the John Carlton Award as the top senior hockey player in Mass.! pic.twitter.com/RPjwFrCtV1