Much has been made about the decline in NHL scoring in the past few seasons, with the average goals scored in 2015-16 hitting their lowest point since before the 2004-05 league lockout. Unlike the drastic scoring increase the 2005 lockout brought the league, the NHL has had just three 100-point scorers in the past four seasons.

Sidney Crosby, once a 100-point dynamo and threat for 50 goals, seems to have settled in as the league’s premier two-way player and subsequently more of an 80-point scorer. Last year’s Hart Trophy winner, Patrick Kane, bested his previous career high in points by 18 on his way to the league’s first 100-point season since Crosby accomplished the feat in 2014. However talented the American sniper is, he’s unlikely to reach that peak again.

With goaltending and defensive play at a higher level than ever before, it was to be expected that league scoring would continue to decrease. However, through the first week of the season, the opposite has held true. Teams are scoring at a higher rate than any season since 2006, and while it’s still early on in the campaign, the promising play of the NHL’s elite talents has been exciting NHL fans.

At the conclusion of last year, NHL scoring league-wide had dipped to its lowest point since the 2003-04 season at just 5.42 goals per game. Goaltenders are becoming larger than ever, and the suffocating defensive, possession-based systems adopted by successful coaches such as Darryl Sutter, Joel Quenneville, and Mike Babcock have made high-scoring games rarer than ever.

The NHL has already taken several steps towards increasing the number of goals scored, with new rule changes such as 3-on-3 overtime and expanded coach’s challenges being introduced in an attempt to make the game more exciting.

While the NHL’s subtle changes have led to fewer shootouts and exciting overtime play, the results stayed the same: scoring continued to trend downward, and the NHL attempted to introduce additional rule changes, including reducing the size of goaltending pads, in another ill-advised attempt to increase scoring.

The problem is, despite being announced at the end of last year, the league has had some trouble introducing smaller pads to every goalie through the first part of the season.

Then again, it appears as if the streamlined goalie equipment may not have been needed after all. Scoring has leaped from 5.42 goals per game last year to 6.10 through the first 61 games of the season. Instead of the highly structured, defensive hockey that has become synonymous with the league’s best teams, we’ve seen scores such as 6-4, 6-5, 7-4, and there have only been two shutouts in the league thus far — not counting Ryan Miller’s 25-save performance against Calgary.

NHL indicated Miller does not get credit for a shutout https://t.co/0bxkZq6TT1

It’s unclear what has contributed to the leap in scoring. The World Cup of Hockey, which featured some of the NHL’s best talent, has allowed the league’s top players to get into high-level play before the season started and has led to a running start for many of them. Each team is getting 0.5 more power-play opportunities per game on average, but the spike over last season isn’t as pronounced as during the 2005-06 season, the league’s last meaningful scoring spike. Meanwhile, the average goalkeeping statistics have fallen drastically, with the league average save percentage hovering just above .900 after tying an all-time high last year with a .915 mark.

One of the biggest narratives surrounding the NHL in recent years has been the decline of goals scored. Early in the 2015-16 season, it appears that the newest wave of young talent has infused a healthy dose of offense into the league.

Unless you’ve been living under a rock, you’ve probably heard that 2016 first overall pick Auston Matthews had a debut to remember for the Toronto Maple Leafs. Kicking the season off with a newer rendition of the Battle of Ontario, Matthews racked up four goals, some in spectacular fashion, despite the Leafs falling in overtime to the Senators. 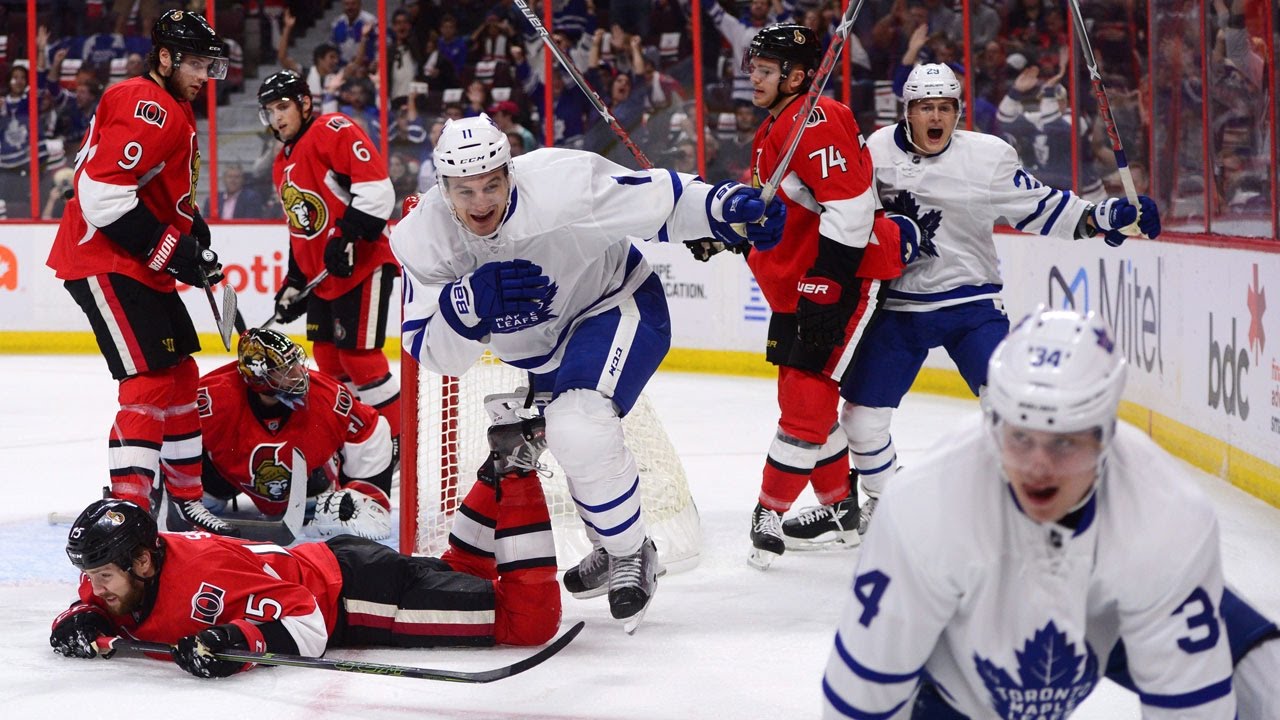 Several other youngsters across the league have been turning heads with their play early in the season. Despite the early injury to Jack Eichel, that will sideline him for at least the next month, plenty of young players have gotten an opportunity to shine. The biggest name is obviously Connor McDavid, who preceded Matthews as the 2015 first overall pick, who has already gotten his name into the record books with back to back three point nights to open the year, becoming the first teenager in the post-expansion era (1967-present) to accomplish that feat.

Patrik Laine, the second overall pick behind Matthews, stole some of the Maple Leafs’ star’s thunder on Wednesday night when he racked up three goals, the last of which came in overtime, against Toronto in Winnipeg’s home opener.

In the first matchup of their highly anticipated careers, Matthews and the Leafs raced out to a 4-0 lead before Laine led the Jets to a come-from-behind 5-4 win. With Laine and Matthews stealing the spotlight, it could have been easy to miss some of the other stellar young talent in the game.

It’s not just the top picks making immediate impacts. William Nylander, the Leafs’ first pick in 2014, has started the year on Matthews’ wing and has made a positive impression early on with a goal and four points through the first week of the season. Other young stars around the league, such as Jimmy Vesey, Mitch Marner, and Matt Tkachuk have also captured top-six roles with their respective teams and have already posted their first career tallies.

The league has attempted many measures to increase scoring over the year, mostly to no avail. However, it appears that it’s not the rule changes that are leading to increased goal-scoring early in the 2016-17 campaign, but the addition of a new wave of young talent that is taking the NHL by storm. It remains to be seen whether or not rule changes regarding the size of goalie equipment will further impact the scoring numbers, or even if the early-season spike can be sustained, but NHL action through the first week and a half of the season is more exciting than it’s been in a long time.