Within the last month, the Edmonton Oilers have signed a plethora of players to round out their prospect pool. With 24 free agents this summer (10 unrestricted, 14 restricted), it’s a group that’s in transition and one that needs restocking. There have been many recent graduations to the NHL roster with goaltender Laurent Brossoit and now Jujhar Khaira looking to make a full-time transition to the main club.

Peter Chiarelli had to fill those holes in the organization and did so by signing two college stars in Shane Starrett and Joe Gambardella. Starrett, no pun intended, was a big star for Air Force Academy, and Gambardella led his team, UMass-Lowell, in scoring.

The Oilers now have eight goaltenders in their system if you subtract Jonas Gustavsson, who is a pending UFA and unlikely to re-sign this summer. Overall, it’s a group deep in numbers but full of question marks. It seems the hope is that by throwing enough darts at the dart board, they are bound to hit a bullseye eventually. Within that group behind Cam Talbot, the biggest hopes are for Brossoit, Nick Ellis, Dylan Wells and now Starrett.

Gambardella becomes another notable college forward to sign with the Oilers under Chiarelli. Last year the Oilers brought aboard Drake Caggiula and Patrick Russell. Caggiula has spent the season with the main club while Russell scored 17 points in 68 games for the Bakersfield Condors (AHL). The Condors were one of the lower-scoring teams in the AHL this season, and there’s hope Gambardella might be able to help that stagnant offense.

Here’s what we know about two of the Oilers’ last college free-agent signings:

Starrett rounds out some fairly decent goaltending depth within the Oilers organization. Talbot and Brossoit will likely be the NHL tandem, while the Condors have a spot behind Nick Ellis (next year’s projected starter) for either Eetu Laurikainen or Starrett himself. Whoever loses out on that battle will be the team’s ECHL starter, which isn’t a bad thing, as it means more opportunities to start pro games.

He’ll need to add some bulk to fill out his frame, but at 6-foot-5 and 180 pounds, there’s a lot to like. The 22-year-old was passed over in the draft, but over the last two seasons has cemented himself as one of the better college goaltenders with Air Force Academy (NCAA). In two seasons, Starrett has a 42-15-9 record, a 1.96 goals-against average (GAA), a .925 save percentage (SV%) and nine shutouts in 70 games. 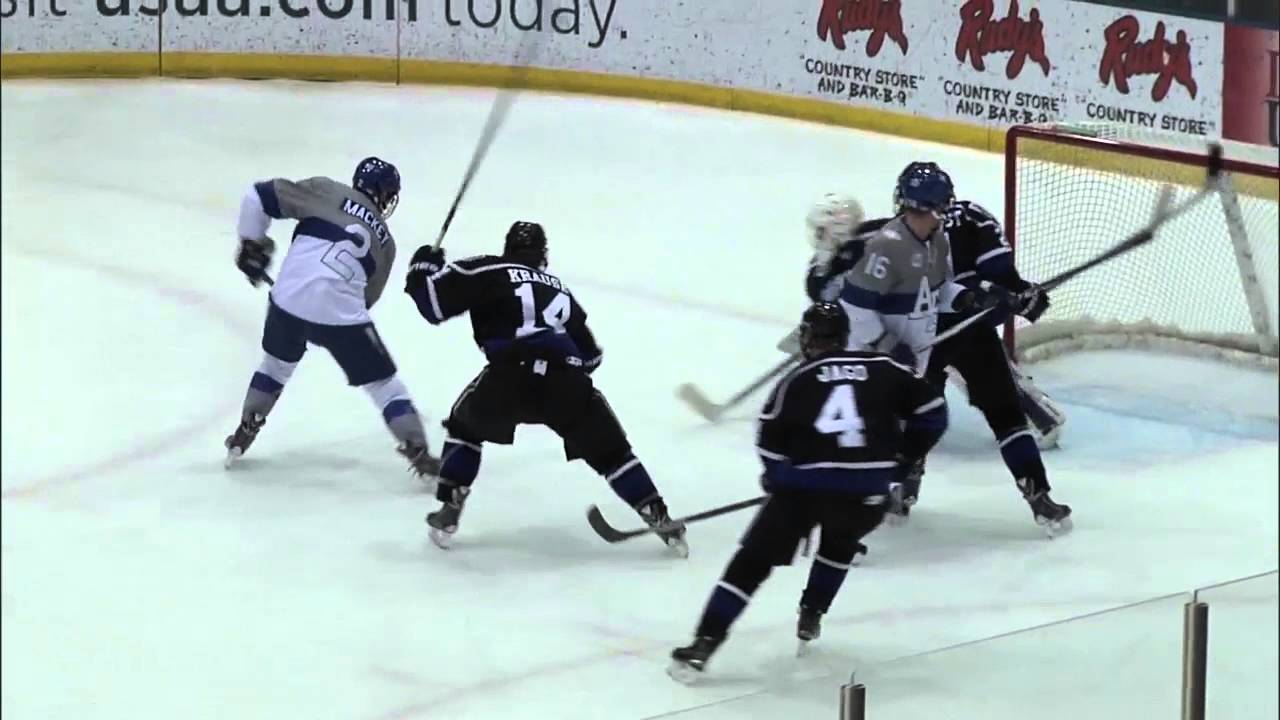 He’s a big goaltender who moves across laterally fairly well for a man of his size and has the wingspan to cover the bottom of the net from post to post. Starrett is signed to a two-year deal with a $817,500 cap hit. The fan expectation should be that he plays his first year in the ECHL and plays the second year of the contract in the AHL.

Gambardella could get an excellent opportunity to move up the Oilers’ depth chart as the prospect pool up front is getting sparse. Several forwards haven’t panned out, and with numerous RFAs, there’s a possibility of the organization shuffling the deck. Gambardella could end up with a bigger role than expected.

This season was a banner year for Gambardella, who was named to the NCAA (Hockey East) All-Tournament Team and the NCAA (Hockey East) Second All-Star Team, while also winning the NCAA (Hockey East) Sportsmanship Award and the Walter Brown Award. Gambardella is best is in tight around the net. The 23-year-old has good hands, finds open ice well and looks to play a positionally sound game. These are all skills that will translate well to the pro game, but he’ll need to work on his overall quickness to bridge the gap between college and minor pro hockey.

The undersized Gambardella went undrafted, but in four seasons with UMass-Lowell (NCAA), he’s scored 47 goals and 129 points in 160 games. He’s clipped along at a 0.81 points-per-game ratio and has been a top point producer for his team. He’s always in the right place at the right time, and there’s belief he could translate into a decent third-line scoring forward.

Gambardella signed a two-year deal with a $725,000 cap hit that expires in July 2019. He’s already joined the Condors to close their AHL schedule, and despite missing the playoffs, Gambardella scored three points in six games. He closed the AHL season playing on the Condors’ second-line with Josh Currie and Jesse Puljujarvi, both very talented offensive players. It’s a hopeful start to a pro career and one that has some NHL promise, and fans should expect to see Gambardella in a top-six role for the Condors next season.