The Pittsburgh Penguins need a top-six forward, or two. General manager Jim Rutherford has admitted that the impending free agent class is weak and will not provide much help.

That leaves the Penguins with one option, trading to acquire a talented forward. 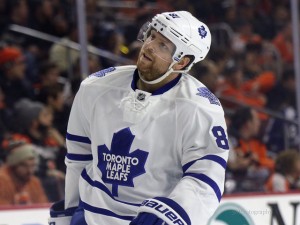 It’s already been reported that the Penguins are potentially interested in the Toronto Maple Leafs’ Phil Kessel.

Perhaps because there are so few top-six wingers in play now, the Penguins are believed to have at least a kick-the-tires level of interest in Toronto’s Phil Kessel.

Sure, the idea of Kessel playing alongside captain Sidney Crosby is tantalizing, but it will not happen. As the acquisition cost, his contract, poor defensive play and his questionable mental attitude all make this idea just a fantasy.

Another, more realistic and viable name has been mentioned in trade talks.

The St. Louis Blues and Pittsburgh Penguins have been great trading partners, and they’ve shown that over the last year.

It’s been reported that the Blues are “open-minded” about trading core players like David Backes, Patrik Berglund and Oshie. These three were all outscored by young and cheaper players, but eventually they will need to get paid as well. Add on the consistent playoff disappointments, and it’s easy to see why the Blues are willing to consider moving “big name” players.

However, of the three mentioned players, only Oshie does not have any trade protection in his contract. He has two years remaining on his deal at $4.175 million.

Oshie is not only an offensively gifted player, but also defensively as well. In his career, he is a +71 player while still averaging, roughly, .70 points-per-game.

This is exactly the type of player that Crosby could take from a star to a superstar. Adding Oshie to the Penguins would be the next James Neal. A player who’s certainly not bad, but his production is greatly amplified when playing with one of the best players in the world.

The Penguins don’t have a lot of tradeable assets, and it’s tough to gauge what the Blues are even looking for from Oshie.

Anyone who thinks it won’t cost the Penguins much to acquire Oshie is out of their mind and there seem to be a lot of people with that mindset.

Bennett/Zlobin for Oshie rumors? While I do like Zlobin lots. That equates to a "our bad guys for your good guys" kind of trade. #ComeOnMan

If the Penguins actually want to pursue Oshie, it’s going to cost them, at least, Chris Kunitz or Brandon Sutter. Would Oshie be worth giving up one of these players? Absolutely.

But the offer would only begin with one of these players, and you can bet a couple prospects/picks would head to St. Louis.

Oshie’s reputation fell back to earth this season after his heroics during the Sochi Olympic games, but he’s still a talented player. Add in that his cap hit is very manageable for the Penguins to absorb, and it seems like he’s the ideal target.

Some have speculated that Rutherford is eyeing a forward that played on his former team, the Carolina Hurricanes. However, adding a player like Alexander Semin, Jiri Tlusty or Jeff Skinner isn’t logical. Sure, the acquisition cost would not be as high, but neither is the caliber of player they’re receiving back.

It’s going to be an interesting week for the Penguins, but from where we stand Oshie would be a great fit in Pittsburgh.