The Ottawa Senators have continued to find ways to earn points this season and that’s been the story for them so far in early March as well.  They’ve started the month 1-2-2 and while that is far from stellar, it’s 4 more valuable points as they stay afloat in the playoff race.  The team has remained hungry and in the fight for a spot among the upper tier of the Eastern Conference standings, despite all the challenges.  With a roster depleted by injuries and everyone waiting for them to fall, they continue to impress along the way.

Season Review To This Point:

As February came to a close the Sens stood an impressive 12-6-3, sitting comfortably in a playoff position and though well aware that there were still many games left to be played, the team and their fans had to view that as an achievement following all the early season injuries.  After losing six of its’ first eight games in February Ottawa finished up strong with five straight wins and a shoot-out loss, earning points in its’ final six contests.  The story being the unique way in which they were winning those games, without the likes of Jason Spezza, Erik Karlsson, and Craig Anderson among others.  They were gritty and gutty efforts combining great defense and goaltending with any offense they could muster and outstanding coaching, in short, 2013 Ottawa Senators hockey.

Close Games All Part Of The Plan:

March opened with a bang and a tough stretch of opponents for the Sens as they faced four straight road games followed by a home meeting with divisional rival and Eastern Conference power the Boston Bruins.  The set of games was all the more important seeing them face not only two rivals within the Northeast Division but the other three being against potential playoff teams as well.  This season, largely because of a style of play made necessary by their current roster situation, the Sens know they have to battle tooth and nail for every point.  They are not going to outscore their opponents with ease and so they have focused primarily on defense and the art of winning the one goal games.  Ottawa had already played in 12 one goal games by the end of February, that’s 12 in 21 total games played, making them no stranger to close contests and sure enough the first five games of March have all been decided by one goal as well.  Despite their best efforts the team has gone 1-2-2 but there is much to evaluate from Ottawa’s play thus far in March and we’ll take a closer look at the positives.

Goaltending And Defense Leading The Way:

The biggest positive for the Sens remains their stingy defensive play and goaltending.  Not counting the extra goal awarded in the shootout wins, the Sens have allowed only 2 goals against in four of their five games this month.  With starting goaltender Craig Anderson on the shelf, Ben Bishop has played very well, but this stretch of great play has been led by young star Robin Lehner.  He’s been sensational, no pun intended, going up against and equaling or bettering the likes of Henrik Lundqvist, Tuuka Rask and their respective teams.  Lehner is a name all Sens fans are familiar with as the goaltender of the future for the organization and he has given them a great glimpse into what they will see when he earns that promotion full-time.

Another impressive aspect of the Sens play this month has been a show of toughness that many perceived was lacking on this team.  Whether it was Daniel Alfredsson standing up to Zac Rinaldo in Philly, Chris Phillips fighting Michael Haley in New York or Patrick Wiercioch battling Adam McQuaid in Beantown, this team has shown heart and a willingness to fight for one another.  With the exception of Chris Neil, the Sens have been lacking a notable tough guy after losing Matt Carkner and Zenon Konopka in the off-season and some thought it would cost them.  This squad is primarily built on skill and prefers to play that brand, but with the current roster being diminished, it’s yet another example of the compete-level this group has and the inspired play they’ve come to be known for.

The other major plus has been the continued growth of the young Sens on the roster.  Ottawa has begun to get more scoring from its’ young guns, the players they hoped might contribute at the start of the year that are now being counted upon to do so.  The emergence of Mika Zibanejad and Jakob Silfverberg as more consistent top six forwards, and big improvements in the offensive game of defenceman Patrick Wiercioch have helped the team immensely.  Kyle Turris ending his personal 21 game goalless drought in the team’s quick start against Boston on Monday was a good sign and the team will hope that it can get him going again. 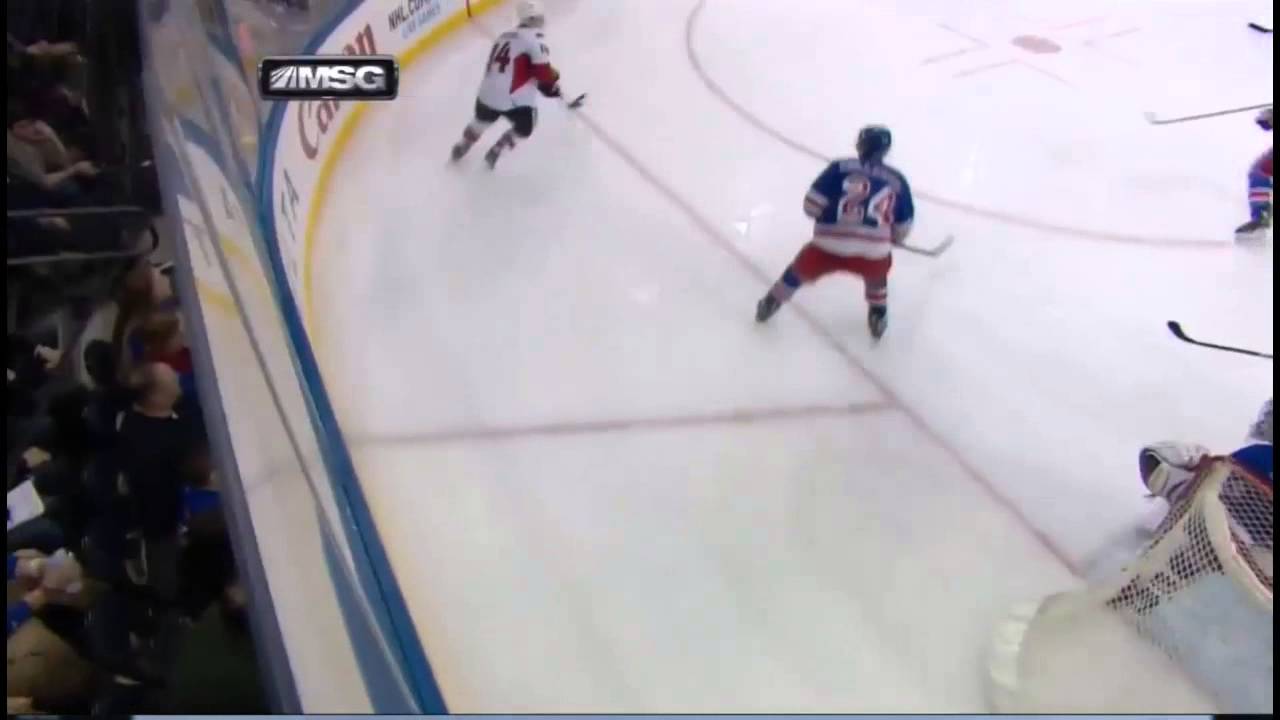 While 4 points out of a possible 10 is not cause for big celebration and the Senators know they will need to be better going forward, both the organization and the fans can be proud of the effort and battle being put forth each and every game from this team and its’ coaching staff.  There is no quit in Ottawa and they continue to show those waiting for them to fall that they will continue to wait.