In the ears of hockey fans, few words are more welcome than “October.” During the dog days of summer, “October” promises an end to the offseason doldrums and a return to the thrill and intrigue of the NHL season.

The eventual Conn Smythe Trophy winner scored seven goals in the first two games of the season. He was the first player in a century to open a season with back-to-back hat tricks.

Because of what transpired in the eight months following this feat, it will go down as an afterthought. Yet a closer look at Ovechkin’s historically hot start reveals some striking poetic similarities to his storybook finish.

Renewing the Hopes of the Capitals’ Faithful

Capitals fans are all too familiar with their team putting them on the brink of pure hopelessness then, against the odds, finding a way to pull them back in. This was again the case entering the 2017-18 season. After back-to-back President’s Trophies, and back-to-back gut-wrenching eliminations at the hands of the dreaded Pittsburgh Penguins, the Capitals had many fans ready to jump ship.

Ovechkin wasted no time time inspiring fans to remain bought in. It was impossible not to be swept away by the dazzling performance. Ovechkin had been the main attraction at Capitals games for over a decade, and his start was a swift reminder that he was still a sight to behold. Suddenly, Capitals fans remembered that hockey was still fun, and were ready support their team for the remainder of the season.

How it mirrored spring:

Despite another successful regular season resulting in yet another Metropolitan Division title, Capitals fans felt the familiar sense of postseason dread almost before they could blink. After opening the playoffs with consecutive losses to the Columbus Blue Jackets, it looked like another early exit was at hand for the Capitals. A phrase that had become a springtime tradition in Washington, D.C. was once again ringing in everyone’s ears: “Here we go again.”

Once again, the captain convinced fans to stay the course. Ovechkin calmly and confidently proclaimed that his team would return to Capital One Arena for Game 5 with the series even. He and the Capitals not only delivered on that promise, but went on to win Games 5 and 6 as well, claiming the series.

Ovechkin’s domination at the beginning of the season brought fans back into the fold through sheer entertainment value. His leadership and his team’s ability to answer the call in April started to make them think this was a team ready to hurdle any adversity. It was the beginning of the now-famous rallying call, “it’s OK to believe.”

The Caps Still Had Their Guns

Much of the aforementioned pessimism was due to a summer of departures in Washington. The loss of key contributors like Marcus Johansson, Nate Schmidt, Karl Alzner, Kevin Shattenkirk, and Justin Williams seemingly took a massive bite out of the Capitals lineup. If the loaded teams of the recent past could not get over the hump, how could this one?

Right off the bat, Ovechkin showed the hockey world how. In the Capitals’ first game of the season against the Ottawa Senators, they fell into several of the vices that would go on to plague them throughout the season. Defensive breakdowns and lackluster goaltending dug them into a two goal deficit in the third period. Ovechkin’s star power erased this deficit with a third period hat trick and the Caps prevailed in the shootout.

The following game, another eruption from Ovechkin, this time to the tune of four goals, led the Capitals to a 6-1 trouncing of the Montreal Canadiens. In just two games, it was already becoming clear how the Capitals could succeed despite the holes the offseason left in their lineup. The Caps still had the stars the team had been built around for years. And these stars were capable of masking these holes.

How it mirrored spring:

On paper, the Cup winning Capitals were not nearly as deep as the President’s Trophy winning Capitals of years past. Prior to each playoff series, analysts usually listed the Caps’ forward depth as a matchup disadvantage.

The  bottom six adopted a ‘next man up’ mentality. Though often filled with a combination unproven youth and aging veterans, the team’s third and fourth lines seemingly saw a different hero emerge every night.

The reason these different role players could emerge as heroes at different times was the consistency of the Capitals’ stars. Ovechkin, Evgeny Kuznetsov, and Nick Backstrom all averaged over a point per game. John Carlson set a franchise record for points in a postseason by a defenseman.

In the Capitals’ first two wins of the season, Ovechkin demonstrated that if their stars continued to be stars, the Capitals would continue to win. Throughout the spring, they did just that. The consistent production of the Capitals’ core players kept them in nearly every game of the postseason. Because of this, the bottom-six, though less talented than in years past, had the opportunity to provide the extra push to victory.

Unsurprisingly, Ovechkin stole the show in the first two games of the season. After all, he did something no one had done since Woodrow Wilson was president. But not to be forgotten was the brilliance of Evgeny Kuznetsov in those two games.

Of Ovechkin’s seven goals against Ottawa and Montreal, Kuznetsov contributed the primary assist on six of them. Tacking on an additional assist, he had started the season with seven points in two games just like Ovechkin.

The rest of the regular season followed a similar script. Ovechkin continued to make headlines with milestones like his 600th career goal and his seventh Rocket Richard trophy, while Kuznetsov quietly turned into one of the league’s most dynamic centers. Kuznetsov’s success was a major factor in the overall success of the Capitals’ forward lines. With Kuznetsov pivoting Ovechkin, Backstrom was able to slide down to the second line, giving the Capitals two dangerous scoring lines.

How it mirrored the spring:

Anyone who turns on NHL network will know who the face of the Stanley Cup is right now. The last few months have even earned the moniker, ‘the summer of Ovi‘ because of his seemingly unending championship celebration

With Ovechkin in the spotlight, Kuznetsov turned in one of the greatest postseason performances in Capitals franchise history. His 32 playoff points were the most ever by a player in a Washington sweater. Never shy to the big moment, his overtime goal to eliminate the Penguins will forever be a signature moment in Capitals lore. 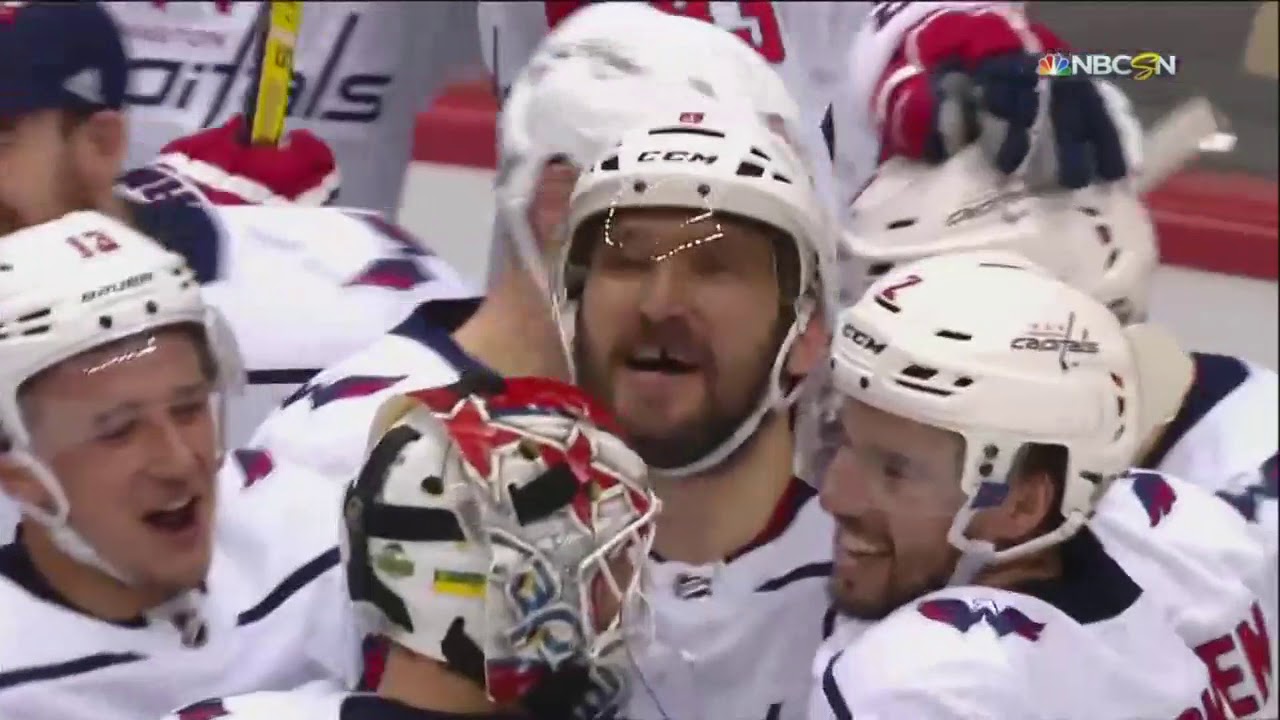 All cameras were fixed on Ovechkin in the postseason. Deservedly so. He is an all time great and this spring was the culminating moment of his storied career. Yet oftentimes, the best player on the ice was lined up next to him.

Is it October Yet?

The above phrase is a favorite among hockey fans this time of year. When the action begins in the fall, it is like a holiday. But fans should not just celebrate the ability to watch hockey once more. They should truly cherish what occurs on the ice. Of course, hindsight is always 20/20, and people weren’t immediately crying Cup when Ovechkin burst into the 2017-18 season. Still, what happens in October can echo into June.