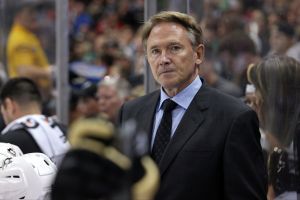 January has not been kind to the Pittsburgh Penguins.  Neither have the past two days.  Heading into two pivotal games with a January record of 3-3-1 and slowly losing positioning as the second seed in the Metropolitan Division, the Penguins failed to gain any momentum heading into the All-Star Break.

In fact, they probably lost more than the little bit they were holding on to.

Just Another Night In Philadelphia

After rough outings against the division-leading New York Islanders and the team that ended their quest for Lord Stanley’s Cup in last year’s playoffs, the New York Rangers, the Penguins were looking to get back on track against Metropolitan Division foes and eternal enemies, the Philadelphia Flyers.

The Flyers, who were an underachieving 18-22-7 heading into the contest, had a plan of their own.  Knowing how heated the rivalry can be, the Flyers concocted a scheme to agitate the Penguins and, once again, get them to play a Flyers game, rather than a Penguins game.

The plan worked to success as the Penguins became undisciplined and dropped the mitts four times in the 3-2 overtime loss.  The plan worked before the game even started as head coach Mike Johnston called up Bobby Farnham and benched Marcel Goc just to add toughness and a fighter in the lineup.

And no Penguins-Flyers game is without controversy.  In the first period, proud Broad Street Bully Zac Rinaldo slammed Kris Letang into the boards, violently from behind.  Letang left the contest with an undisclosed injury, but concussion speculation.

Rinaldo, in his now infamous quote, believes that he changed the game for the Flyers, potentially their season.  While that is fine and dandy, Rinaldo is looking at a minimum of a six-game suspension pending the results of his waived-off in-person hearing.

If there were positives about the fight-filled contest in Philadelphia, it was Chris Kunitz’s goal that gave him his 500th NHL point.  It was also Beau Bennett getting back on the score sheet with his third goal of the season.  Evgeni Malkin looked dominant before an injury took him out of the contest.  Thomas Greiss even had a solid outing.

But points and decent showings do not win hockey games.  The Flyers have won the last six regular season match-ups between the Penguins, dating back to November 13, 2013.  For the Penguins to have a successful second half run, they must pick up some victories over the Metropolitan Division.

The Penguins headed into their final tilt before the All-Star Break squaring off against Jonathan Toews and the Chicago Blackhawks.  As much star power as their could have been in the contest, the Penguins, once again, entered the game down to key players in Kris Letang and Evgeni Malkin.

Looking to avenge the disheartening loss from the previous night, the Penguins pulled a complete one-eighty while facing the Chicago Blackhawks.  While remaining physical, the Penguins did not cheapen their game or sink to a lower level of hockey.

Nor did the Blackhawks encourage that kind of behavior, even after going up 2-0 early on in the second period.  Goals by David Rundblad and Marian Hossa looked to have the Penguins on the ropes before an unlikely, and I do mean very unlikely hero started their comeback.

Sill, who has appeared in 32 contests for Pittsburgh this season, started the Penguins comeback as a few minutes later, Steve Downie would pot home his eighth goal of the season and game-tying tally.

Both teams had their opportunities to take the lead, especially David Perron who slid the puck past a down and out Corey Crawford and through the blue paint on what looked like a sure thing.  For the Penguins during this stretch, nothing seems to be going their way and that was just another example.

After an exciting third period and overtime frame, the Blackhawks proved to be too much for the Penguins as Toews and Patrick Kane made Marc-Andre Fleury look like a beer league goalie with their dominant shootout prowess.

The Much Needed All-Star Break

It was certainly a tale of two games featuring different Penguins’ units.  The emotion took over and led to another enraging and unnecessary loss to the Philadelphia Flyers.  For a time, it seemed okay to lose a game to the Flyers as long as the Penguins won the war.  Well, they’ve lost six straight battles; I’d say the war’s tides are shifting.

In an opposite style game, the Penguins started off slow, but once they got their skates under them, were at times dominant against the Blackhawks.  The bottom six forwards (Downie,  Sill, Craig Adams, Marc Arcobello, Marcel Goc, and Andrew Ebbett) were outstanding for the Penguins.  If the depth forwards can continue to play a solid game after the break, once Hornqvist, Comeau, and Malkin return, the Penguins should return to early season form. 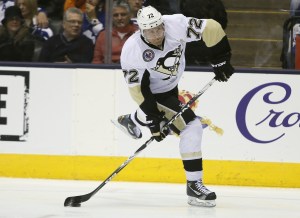 Both injured forwards should return to the ice in some capacity shortly after the break and may join the team sooner than later.  Those two off-season additions were vital in the Penguins’ earlier success and would be a much needed shot in the arm to wake up the sleeping giants.

The one true positive for the Penguins during this four-game losing streak is that they get to rest.  Sidney Crosby, Marc-Andre Fleury and Evgeni Malkin, depending on his injury, are the only Penguins headed to the All-Star Break festivities starting this Friday which leaves everyone else to enjoy their time off and get healthy.

Needless to say, forecasting the future is nearly impossible for the Penguins, but these past two games could come back to haunt them if they do not learn from the errors of their ways.

Panthers’ Aleksander Barkov Will Win the Hart Trophy in 5 Years