The Philadelphia Flyers defense will get tested once against this week with three games against teams that can play at a fast pace and score some goals. The team will face the Colorado Avalanche, Boston Bruins and the New York Islanders.

The Flyers look to get revenge on the Avalanche for a 5-2 loss on Oct. 6 in Colorado. In order to get a different result in this game, the Flyers will need to make sure that they limit the damage while Gabriel Landeskog, Nathan MacKinnon and Mikko Rantanen are on the ice, since the line has a combined 38 points this season.

They are going to have to get plenty of pucks on net and make sure that there is traffic is in front because the goaltending duo of Semyon Varlamov and Philipp Grubauer has been on their game to start the season. The Flyers will want to limit their turnovers, and play solid team defense. The goalies are allowing too many goals instead of coming up with those timely saves, which they’ll need to do in order to get the two points.

What to Watch For: Which Flyers’ Line Gets the MacKinnon Line?

The Flyers will have a big task in trying to keep the Avalanche top line off the board. The assignment will likely go to the top line because Sean Couturier is their best two-way forward, but Dave Hakstol could go a completely different way. If the Couturier line goes up against MacKinnon’s line then the depth scorers for the Flyers should be able to have some time and space to create and generate scoring chances.

The Bergeron line is off to another great start for the Boston Bruins this season. They are clearly the Bruins’ best offensive line, while the other three seem to be struggling.  The Flyers likely won’t be able to keep this line off the score sheet so they need to keep them in-check. Philadelphia should establish the forecheck early to get off to a fast start and get the first goal of the game.

The Bruins, like any other team, play better when they get the first goal of the game, but the team does have a win when the opposition strikes first. The Flyers want to play a discipline game since the Bruins power play can be deadly, and the Flyers penalty kill is once again ranked towards the bottom of the league.

What to Watch For: Flyers’ Special Teams

The Flyers’ special teams are off to a mediocre start just like the team. The power play is currently in the middle of the pack (19.4%) with the first unit doing most of the damage. The second unit finally started to gel in their game on Oct. 20 against the Devils, and actually looked better than the top unit. The penalty kill has been consistently awful for the past four seasons, and they are usually in the bottom of the League. They are off to an awful start again this year because they are not aggressive enough and tend to just sit back while the other team does whatever they want with the puck.

The biggest surprise for the Islanders so far this year has been center Valtteri Filppula, who has four of the team’s 20 goals. The Flyers will need to keep an eye on him and Mathew Barzal when they are on the ice. Barzal plays with speed and is creative with the puck when in the offensive zone. 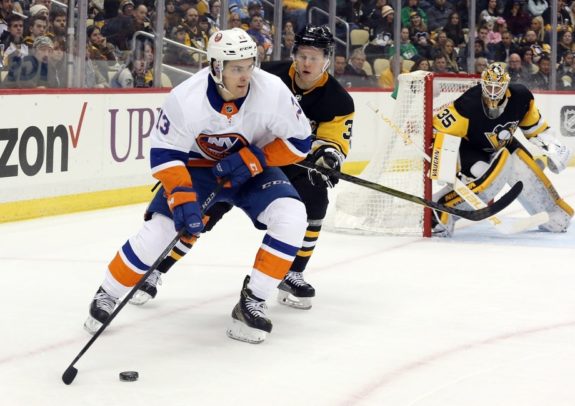 What to Watch For: The Goaltending

The Islanders goalies are off to a better start than the Flyers, and the team has only allowed 20 goals against in its first six games. The Flyers goalies, however, are letting in soft goals left and right. Yes, the defense in front of them has been nonexistent at times, but Brian Elliott and Calvin Pickard have still allowed some goals that should have been saves. It could go a long way of the goalies for the Flyers bailed out the team in front of the every once in a while, but that is just not happening right now.

The Flyers will go 1-1-1 and get three out of a possible six points this week. They will manage to steal a point and lose in either overtime or a shootout against the Avalanche. The Flyers are going to find a way to lose the game in the final minutes of play against the Bruins. On Saturday, the goaltending will come up big and they will get the two points and the win on home ice. The Flyers have been inconsistent so far in the early season and that will continue with these three games.