When Nino Niederreiter was drafted 5th overall in the 2010 NHL draft by the New York Islanders, he was touted as a tremendous offensive talent. Draft analysts raved over his large frame combined with his great skating, lethal shot, and soft hands. These feelings seemed validated by a terrific draft year season with the Portland Winterhawks where Niederreiter compiled 36 goals and 24 assists in 64 games.

It’s not surprising then that people were somewhat shocked when the now 22-year-old native of Chur, Switzerland tallied just 1 point and -29 +/- rating in 55 games during is first full season on the Island.

The following year, Niederreiter was not invited to New York’s training camp, leading him to reportedly request a trade off the Island, a request that was granted at the draft when he was sent to Minnesota for Cal Clutterbuck and a 3rd round pick. At the time, it was regarded as a good ‘value trade’ for the Wild, yet many had closed the proverbial book on the young Swiss forward, while few had faith he would become the player he is trending towards now.

Proving correct again the truism that evaluating NHL talent takes time, the kid nicknamed “el niño” has taken major steps forward in his time with Minnesota. Where he previously had 3 NHL points in 64 games, Niederreiter had 14 goals and 22 assists in his first season with Minnesota. The 6’2″ 210 pound winger has made vast improvement as he’s been a “plus” player both seasons in a Wild uniform. He’s emerged as one of the better young goal scorers in the league as well, putting up a career high 24 goals this season while showing durability in missing only two games in his nearly two seasons in Minnesota.

In the 2014 playoffs, Neiderreiter was particularly impressive as a 21-year-old. To say he was clutch might be an understatement, after all, he scored two goals in the Wild’s game 7 victory over the Colorado Avalanche in the first round including the series winner in overtime. 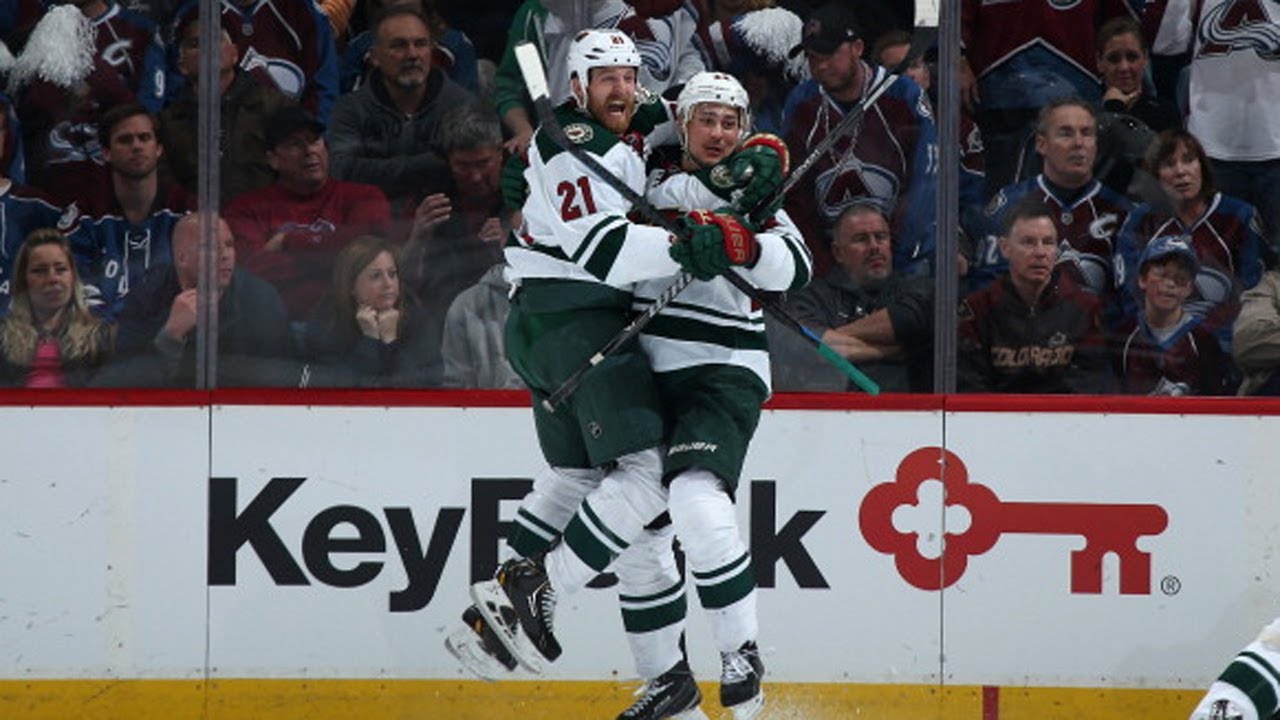 The Wild have a lot of young talent in the regular lineup with the likes of Charlie Coyle, Mikael Granlund, Justin Fontaine, Jonus Brodin and Matt Dumba, to name a few. Neiderreiter though has also garnered praise for his continued progress. That is maybe the most exciting thing about the young forward.

At the ripe age of 22, Neiderreiter is still coming into his own in the NHL. He’s learning to use his big body to his advantage and has quickly developed chemistry with linemates Mikko Koivu and newcomer Chris Stewart. He’s scored most of his goals 5 on 5 as he’s yet to take on a major power play roll. When he does, he could be an even more potent goal scorer. That is precisely what is most exciting about Neiderreiter, this could be just the tip of the iceberg on what is to come for El Niño. He’s grown from a promising young prospect into a bona fide offensive threat and solid top-6 forward and the future looks bright. With Neiderreiter signing a 3-year extension with the Wild earlier this season, fans in the State of Hockey could be singing his praises for years to come.

Nate has been a Minnesota Wild contributor at The Hockey Writers since 2014 and previously spent time covering the University of Minnesota Duluth men’s hockey team. For everything Minnesota Wild related, follow him on Twitter @natebauer.