So, Brendan Smith is now a New York Ranger, and the Kevin Shattenkirk trade deadline blockbuster is no longer a possibility for the Blueshirts.

Check back on Shattenkirk when the Westchester County, NY resident hits unrestricted free agency on July 1. We’ll talk then.

Now let’s see what else Rangers GM Jeff Gorton has up his sleeve before 3:00 P.M. Wednesday.

We don’t know if more deals are on the horizon, just that the Rangers acquired Smith Tuesday afternoon from Detroit in exchange for a 2018 second round pick and a third-rounder in 2017.

We also know that Gorton, team President Glen Sather, and the Rangers do like to make a splash at the trade deadline.

Just take a look at the previous four deadlines.

Gorton was a big part of the Rangers front office for eight years, playing a major role in trade talks and contract negotiations under Sather, even before becoming the team’s General Manager prior to the 2015-16 season.

Last February was his first trade deadline as the final word in the team’s front office, and Gorton made one deal, a trade deadline day splash in which the Rangers acquired veteran center Eric Staal from the Carolina Hurricanes in exchange for a pair of second round picks (in 2016 and 2017) and Finnish prospect Aleksi Saarela.

The motive was good. The result was not.

Staal, 31 at the time of the deal, looked old, slow and completely out-of-place and out of sync with the Rangers. He scored just three goals and totaled only six points in 20 regular season games before being blanked over five playoff contests.

His arrival displaced Kevin Hayes to the wing, creating more bad than good for a player, Staal, who meant well, but was just a terrible fit with the Rangers.

Adding salt to the wound is Staal rebounded this season after signing as a UFA in the summer with the Minnesota Wild where he has 17 goals and 46 points already this season.

At the 2015 trade deadline, Sather’s Rangers were on their way to a President’s Trophy-winning regular season one year after reaching the Stanley Cup Final. Sather’s mandate was to go for it. He went out and picked up the slick puck-moving defenseman/power play quarterback the club lacked in Keith Yandle, a move many believed was the last piece to another expected Cup ru

It took time for Yandle to adjust to his new team, though he did record 11 points (2-9-11) in 21 games down the stretch before contributing another 11 (2-9-11) in 19 playoff games. His high-risk style of play was an issue; and head coach Alain Vigneault never seemed to quite trust Yandle, giving him far less ice time than Yandle had in Arizona, thus limiting his effectiveness.

The Rangers advanced to the 2015 Eastern Conference Final before dropping Game Seven to the Tampa Bay Lightning; and though Yandle had a very solid 2015-16 campaign (5-42-47 in 82 games), the club lost in the first round to the Penguins.

Ultimately Yandle, an immensely popular teammate and improved on-ice contributor, proved not to be the last piece to that elusive Stanley Cup.

That fact, coupled with the Rangers surrendering a first round pick (in 2016), a second rounder (in 2015), top prospect Anthony Duclair (struggling this year, but a 20-goal scorer last year in Arizona) and defenseman John Moore makes this a costly move in retrospect for the Rangers.

In two separate deals, the Rangers picked up rugged winger James Sheppard, who had a bit of an impact during the playoffs, and sent pending UFA Lee Stempniak packing for a prospect. Stempniak hasn’t stopped scoring goals against the Rangers since. 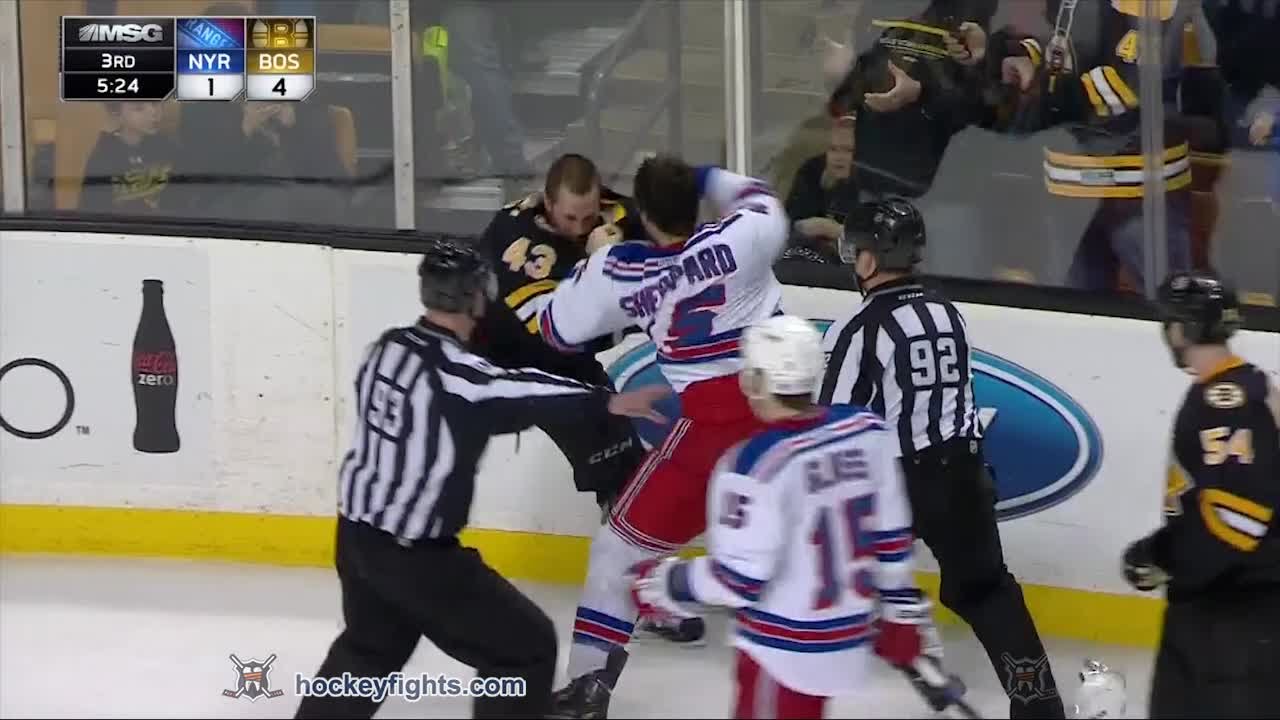 Preceding the Rangers’ run to the 2014 Stanley Cup Final was the deadline-day blockbuster in which the Blueshirts and Tampa Bay Lightning swapped captains: New York acquiring future Hall of Famer Martin St. Louis and the Lightning picking up heart-and-souler Ryan Callahan.

It is well-documented that St. Louis helped inspire that Cup run, with the team and St. Louis rallying around one another after the death of his beloved mother during the second round of the playoffs. It is also a fact that there is no way the Rangers were going to give Callahan the term and numbers he desired –and the Lightning ultimately anted up — as an unrestricted free agent.

Even with Marty’s declining play in 2014-15, this trade could have been a wash with both teams reaching the Cup Final once in the next two playoffs before St. Louis retired and Callahan, not surprisingly, broke down physically.

However, what swings the deal towards Tampa Bay is the Rangers also included a pair of first rounders in the package, and only received a second round pick in return.

Defenseman Raphael Diaz was also picked up at the 2014 deadline in a minor move with Vancouver.

The day before the 2013 trade deadline arrived, the Rangers acquired rugged winger Ryan Clowe from the San Jose Sharks for a pair of second rounders and one third round selection.

Injured and slumping much of the season, Clowe came to New York and posted decent numbers –three goals and five assists in 12 games — before injuries got the best of him, and he appeared in only two post-season contests. Clowe left over the summer, and sadly played only 56 games the next two years for the New Jersey Devils, with his career cut short by concussion issues.

The Clowe trade was just the warm up for Sather, who swung a blockbuster in the closing minutes of the deadline, shipping slumping and disgruntled 40-goal scorer Marian Gaborik — along with some spare minor league parts —  to the Columbus Blue Jackets for center Derick Brassard, rugged winger Derek Dorsett, and defenseman John Moore. 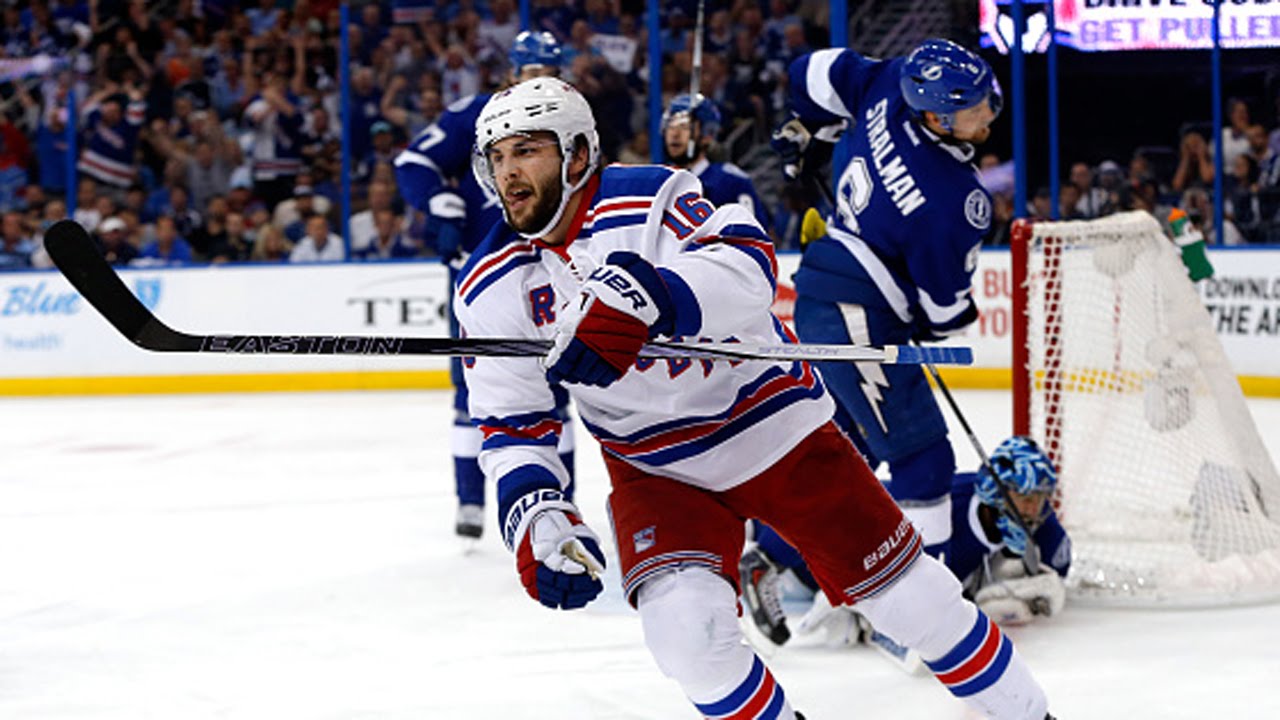 Brassard was a popular and successful Ranger — not to mention a vital big-game post-season performer — while Dorsett and Moore were solid contributors in the Rangers run to the 2014 Stanley Cup Final.

Gaborik did little with the Blue Jackets, but, of course, famously helped break the Rangers hearts by being on the other side in the ’14 Cup Final when his new team, the Los Angeles Kings, upended the Blueshirts in five games.

That Gaborik deal likely is a wash for the Rangers; though the Clowe trade was far from a success.