James van Riemsdyk made his return to the ice Friday night for the first time since breaking his foot back on March 1st against the New York Islanders.

JVR was unnoticeable for the first half of the game as he only had four shifts for 1:57 of ice time in the first 32:11. A major reason for that was Peter Laviolette did not want to use van Riemsdyk in

special teams situations which dominated the first period. He ended the game with a total of 7:31 and seemed to finally feel comfortable in the third period. Van Riemsdyk was not the same monster that we saw in the playoffs a year ago when he posted 7 goals in 11 games and seemed to get a scoring chance every time he touched the puck, but the production the Flyers will get out of him is a major improvement over what they had been getting from Zac Rinaldo prior to that. In the first four games, Rinaldo combined for 19:44 spent on the ice and 46 minutes in the penalty box. He was not a factor in the first four games while van Riemsdyk has the ability to alter a series if he can get untracked.

Unfortunately for the Flyers, van Riemsdyk’s presence in the lineup was not enough to end their first round series with the Pittsburgh Penguins as the Penguins won Game 5 by a score of 3-2 to set up a Game 6 showdown back in Philadelphia on Sunday. Marc-Andre Fleury stole this one for the Penguins during a Flyers powerplay in the third period when he stopped seven shots within the two minute span. The game was the second straight where Evgeni Malkin had took a head shot at a player that had been largely responsible for holding him to only seven points in the first five games. On Wednesday night, Malkin subtly lifted his elbow and hit arguably the Flyers’ number one defenseman Nicklas Grossmann for one of the two hits that may have concussed him during the game. Friday night’s game was no different as Malkin aimed for the head of Flyers’ 19-year-old shutdown center Sean Couturier but didn’t fully connect with Couturier’s head as his shoulder took some of the hit. Game 6 has now become a must win game for the Flyers. They do not want to have to return to Pittsburgh for a Game 7 where many were comparing the noise of the Consol Energy Center to Montreal’s Bell Centre at times during Friday night’s game. 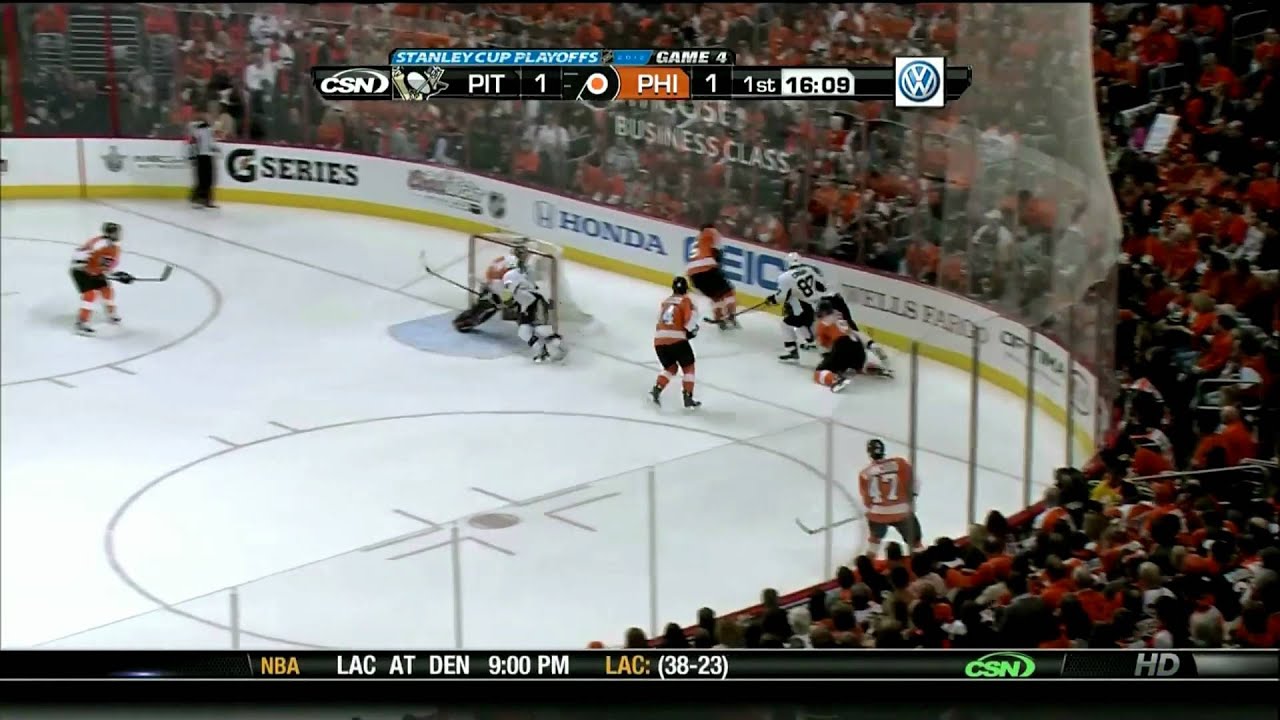 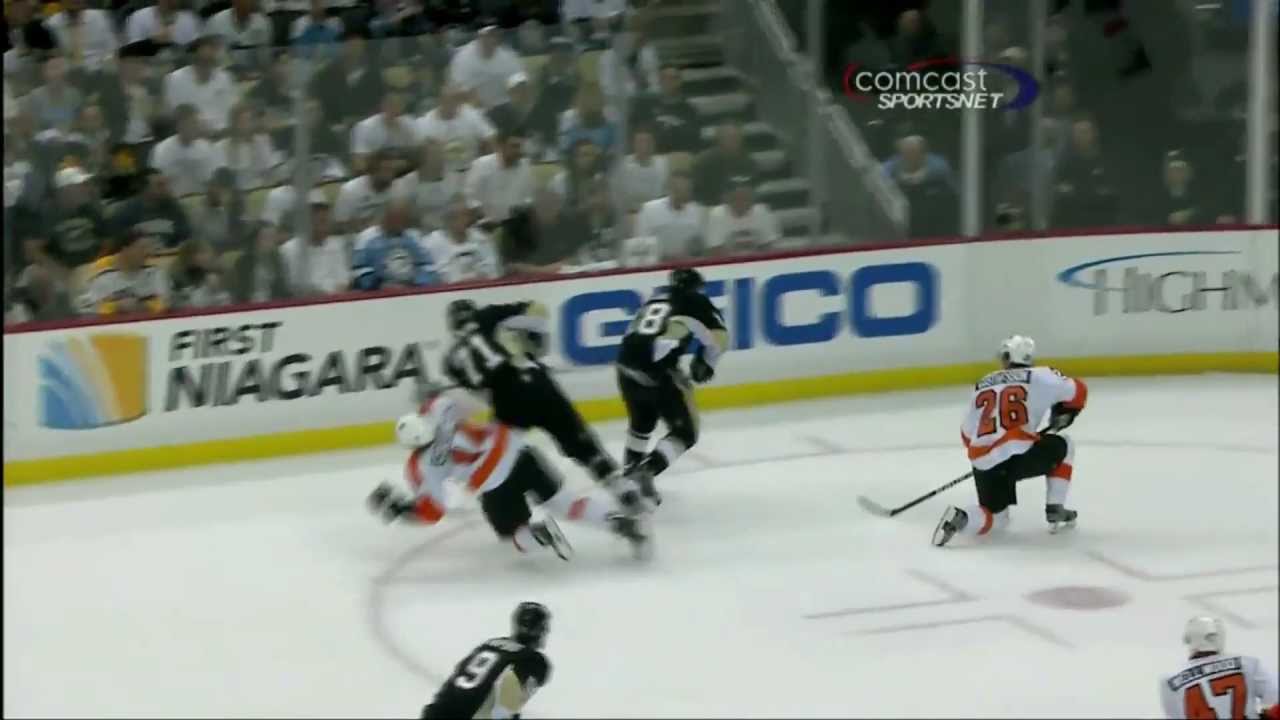 Expect to see an increase in playing time for van Riemsdyk in Sunday’s game. Laviolette seemed to gain confidence in van Riemsdyk as the game wore on and if JVR can regain the form that earned him a six year $25.5 million extension last summer than the Flyers’ attack could become even more deadly than it has been so far in this first round. The expectations were huge for JVR coming into the season but an abdominal tear, concussion, and broken foot limited him to only 43 games and 24 points. The extra rest he gained over the last month could definitely play a big role in just how effective van Riemsdyk is for the rest of the Flyers’ postseason.

Since taking a 3-0 series lead, the Flyers have given the Penguins the one thing they could not afford to and that’s hope. The Flyers had their foot firmly planted on the neck of the very dangerous Penguins and have not been able to play a full 60 minutes of hockey since then. On Wednesday, they couldn’t do anything right during the second and third periods of a brutal 10-3 loss. On Friday they looked like they were sleepwalking in the second period which allowed Pittsburgh to take the 3-2 lead that they held for the rest of the game. If they are going to win on Sunday, they need to play a complete game from Ilya Bryzalov up to the forwards. If the Penguins manage to force Game 7, this team will be in serious trouble.

Ryan is a student at Penn State and fanatic of all Philadelphia sports teams. He has written all through high school and college covering various different sports.