After a long season and race to the bottom the Buffalo Sabres have finally clinched last place.  Even though nobody in the Sabres organization will admit it, the overall objective was achieved.  A lot of factors contributed to the Sabres ending up in last place this season.  We have the “Tank Wars” heroes of Derek Roy, Mike Smith, Mark Arcobello, and “Errant Stick” to name a few.  However, I believe the race for last place and future of the Buffalo Sabres was decided in 4 minutes and 58 seconds of NHL game action.

Night in the Lone Star State

On March 23rd the Sabres visited former longtime Head Coach Lindy Ruff and his Dallas Stars.  The Sabres entered the game 1-7-2 in their last ten games, but only a three-point lead on Arizona with ten games remaining.  Dallas on the other hand was red-hot going 7-3-0 in their last ten and crawling back into the playoff race.  The Sabres were playing their third game in four nights; while Dallas was coming off a big 4-0 win over Chicago two days prior.  The tale of the tape lined up for the Stars to run the Sabres out of the building with ease.  Sabres fans expected an easy and relaxing night in the stressful final stretch of the season.  “Well that’s why the play the game”, the infamous cliché lived large on this night, as the Sabres gave the Stars a fight they weren’t expecting.

The first period mainly belonged to the Stars, but Buffalo was able to get out of the period tied at one a piece.  The second period however, was mainly controlled by the Sabres.  Buffalo would out shoot Dallas 14-10 in that period and looked to be the better team.  Captain Brian Gionta would put the Sabres on top 2-1 with his second goal of the game on a goofy bounce a little over the half way point of the game.  After two, the Sabres lead Dallas 2-1 and bad thoughts started to creep into the heads of some Buffalo fans.

The third period was full drama.  Jamie Benn would tie the game at two early in the third and make it look like Dallas wasn’t letting this one slip away.  Buffalo, however wouldn’t go away and Matt Moulson put the Sabres on top with less than ten minutes to go.

Sabres fans would need to sit in agony for just under two minutes.  At the 12:35 mark of the third in Dallas, 4 minutes and 11 seconds of deciding the Sabres future began.  Patrick Eaves tied the game at the 12:35 mark of the third.  Only 4 minutes and 11 seconds later, Cody Eakin would put the Stars ahead for good and send absolute joy through most of Buffalo.

The loss in Dallas felt to me at least, like a playoff win.  The pure adrenaline and excitement was something I and most Sabres fans haven’t felt in a few years.  Not the ideal way fans would want it in a normal world, but entertaining nonetheless.

The tale of the tape didn’t line up as lopsided as it did against Dallas, when the Blackhawks came to Buffalo on April 3rd.  Chicago was coming off a win against Vancouver the previous night, while the Sabres were playing much better hockey over their last few games.

Also, unlike in Dallas, the Blackhawks controlled the early part of the game.  Chicago jumped out to a 2-0 lead after one.  It seemed liked the Sabres were no match for the Hawks skill and speed.  When the second period started, everything changed.  The Sabres would begin to take over the game and would draw to within one goal by the time the 2nd period ended.  In the third the Sabres continued to control most of the play as fatigue appeared to be setting in on Chicago.  Johan Larsson would tie the game at two early in the third on a power play.  Then mass panic set in when with just over 7 minutes remaining Marcus Foligno put the Sabres up 3-2.

It looked as though the Sabres were on their way to moving into a tie with Arizona at the bottom of the NHL standings.  Then the final 47 seconds of deciding the Sabres future happened.   Blackhawks captain Jonathan Toews would tie the game with only 1:43 remaining.  It appeared as though the game was headed to overtime, until just 47 seconds later.  Coming down on a two on one, Toews snapped one by Lindback’s glove to put the Blackhawks ahead for good with only 56 seconds remaining. 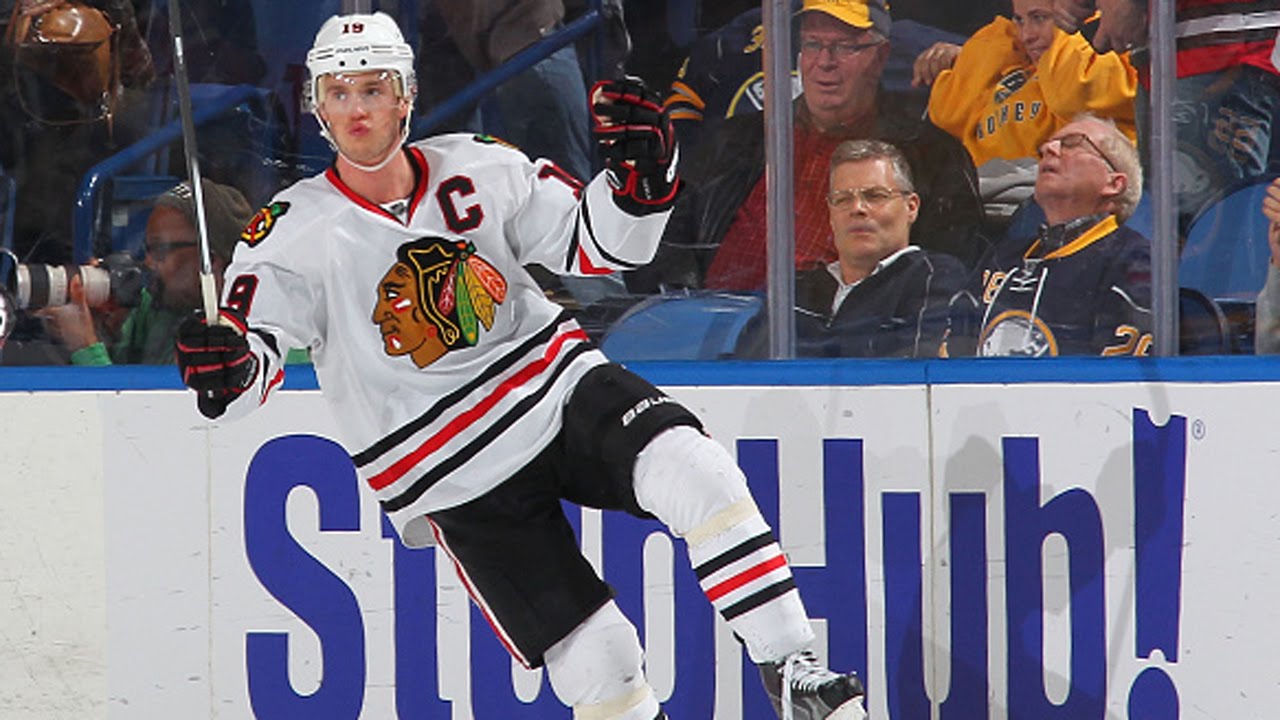 The Blackhawks win was perhaps the highlight game of the entire season.  For years it’ll be known as the “Toews game” around Buffalo.  Again as a fan you felt that adrenaline and excitement after the game.  Fans could see the finish line within their grasp and were ready to be done with this long journey.  In less than 5 minutes of actual playing time, the future of the Sabres was secured and decided.  I personally haven’t had this much fun watching a Sabres season since they made the playoffs in 2011.  Now with this race over, fans can go back to focusing on rooting for the success of a bright Sabres future.