A key ingredient necessary for the 2018-19 Buffalo Sabres to rise out of the league’s basement and into playoff contention is a consistent contribution from a variety of players. Analysts and pundits alike have highlighted offseason additions from the St. Louis Blues, Pittsburgh Penguins and Swedish Hockey League, who all will almost assuredly fill their expected roles from day one. But the entire weight associated with a highly successful season needs to be distributed throughout the depth chart.

Cue the sleepers. A sleeper is a player at any position who significantly outperforms the statistical expectations placed upon them. Sleepers are new to rosters from other organizations, existing players due for a breakthrough season, or up-and-comers who suddenly mature to the surprise of the entire league. Recent examples include Eric Staal (Wild), Jesper Bratt (Devils) and Mat Barzal (Islanders), who all overperformed relative to expectations in 2017-18.

The following Sabres sleepers will contribute on the ice throughout the 2018-19 season. These players have more in common than just being teammates: they are all entering a contract year. One of the biggest drivers of motivation in professional sports is a raise paired with increased job security. The Sabres’ season has already created a long list of player performance questions, and these three names are primed to exceed expectations.

Buffalo’s final roster as of this writing has not been finalized, but the consensus is that Jake McCabe will be on it. Likewise, only Phil Housley knows what the defensive pairings will look like come opening night next week against the Bruins. Going into his fourth full season with the Sabres, and coming off of successful shoulder and thumb surgeries, McCabe has the opportunity to break out and over his 20-point benchmark set in 2016-17. 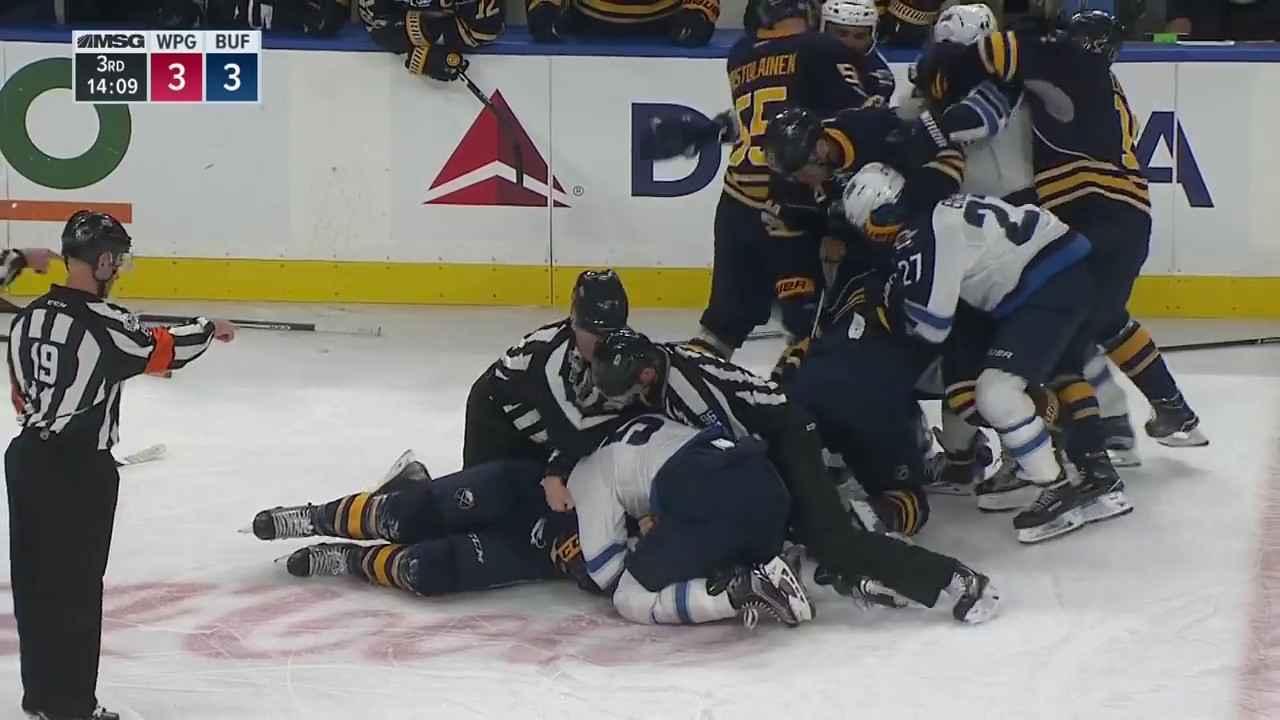 While fans can still expect open-ice collisions on unsuspecting rookies from a healthy McCabe, the possibility of being paired with the likes of Rasmus Dahlin will have a significant impact on his output. Upgrading his pairing partner to a playmaker like No. 26 would be a major boon for production, especially under the assist column. Having a fast, smart, and savvy safety valve on the other side of the blue line opens up the ice in the offensive zone, allowing the soon-to-be 25-year-old to showcase some of the offensive prowess that he demonstrated while at the University of Wisconsin and in Rochester. Buffalo needs him to rise to the occasion if their record expects to improve enough to contend for a spot in the playoffs.

Jeff Skinner was selected seventh overall in the 2010 NHL Entry Draft by the Carolina Hurricanes. He played in all 82 games that following season, tallying 31 goals and 63 points, and was named the NHL’s top rookie. Not bad for his first campaign. However, 63 points is the most the now 26-year-old has ever produced in a single season. He would tie that mark with 37 goals in 2016-17, but without a truly impactful supporting cast, Skinner’s expected level of production never reached that of a top-10 pick.

That trend will change with Jack Eichel centering his line. Few will call Skinner a sleeper, or someone who typically flies under the radar, but on the Sabres’ top line next to No. 9, he will add a fourth 30-goal season to his resume and come close to the century mark in total points. A healthy Skinner motivated for a new, long-term deal has an opportunity to put together the best season of his career. And he will do so with the Sabres this season.

The Sabres finished 31st in the league last season with 199 goals scored. The only team not to break the 200-mark. The top two teams in each conference finished with 296 and 277 goals for respectively. While goal scoring isn’t everything when creating a contender, it serves as a strong foundation. Where will those 100 goals come from to move Buffalo up the standings?

Perhaps 25 more tallies from the defense is reasonable, and replacing the 25 that Ryan O’Reilly took with him to St. Louis is Skinner, eyeing 40 to 50 lit lamps to bridge the gap. Sam Reinhart, if Phil Housley sticks with him on the right side next to Eichel and Skinner, will also benefit from the duo. The talented left-winger is far from off the radar, but very few are talking about a breakout, MVP-caliber season. This could be the year.

Ullmark was drafted by the Sabres in 2012, a sixth round selection out of the Swedish Hockey League. After spending 2012-15 overseas, the 6-foot-4 netminder signed his entry-level contract with the orgnanization to play in Rochester. He would make his NHL debut during the 2015-16 season as part of the Sabres’ triple goalie carousel, ultimately playing in 20 games and finishing with a .913 save percentage and 2.60 goals against average.

All things considered, his opening season in New York left a strong first impression. Now at the age of 25 and in the final year of his ELC, Ullmark’s status after this season is uncertain. He has improved statistically each campaign with Rochester, playing in 130 total games. The sample size with the Sabres is much smaller at only 26 contests, but that total will double, if not more, by season’s end. The netminder has had his ups-and-downs so far this preseason, and though the statistics have not been exceptional, he has still shown some flashes of brilliance.

Since taking over as general manager, Jason Botterill has addressed the goalie situation at both the NHL and AHL levels. In comes Carter Hutton with his own opportunity to obtain Buffalo’s top spot on the depth chart, his first as a pro. The way that chart currently stands, Ullmark shares a likeness to a middle child – behind older brother Hutton and in front of the younger Ukko-Pekka Luukkonen. How will he respond this season when it is his time to shine?

After a stellar 2017-18 with St. Louis, Hutton earned his opportunity to be a starter and is being paid like one. It is likely, however, that in an effort to protect Hutton’s soon-to-be 33-year old frame from injury and fatigue, Ullmark will receive a very fair share of starting nods. These starts are a chance for him to make a statement of his own, stealing games for a young Sabres team no matter the opponent. Ullmark is a sleeper due in large part to his high-skill ceiling, decreased pressure to start every game, and an ample opportunity to grow in the NHL.

The 2018-19 Buffalo Sabres are expected to improve upon the 25-45-12 record earned last season. They have added pieces through the draft, trade and free agency who will contribute immediately come Oct. 4. The three sleepers mentioned will be joined by several others to set new highs in statistical categories, collectively contributing to wins and a new view in the standings.

Born and raised in Maryland with roots in Western New York. I became a Sabres fan at an early age and have decided to write about the team. There will be much to discuss on this journey back to the top.