It may not be as well known as Toronto, Stockholm, or even Edina, but Southern California has been quietly pumping out elite hockey talent the last couple decades. The region cultivates the best young talents from San Diego to Los Angeles and develops them into minor hockey stars ready to dominate the junior hockey circuit.

The San Diego Gulls, California Wave, and Los Angeles Jr. Kings organizations are the big powerhouses in Southern California and attract the best players. The Jr. Kings are a familiar face at the famed Quebec Peewee tournament and have won multiple championships. Their Major Midget AAA team also competes in the highly competitive Tier 1 Elite Hockey League. The organization boasts an impressive alumni group including Bobby Ryan, Beau Bennett, and Emerson Etem and their games are heavily attended by CHL and NCAA scouts. 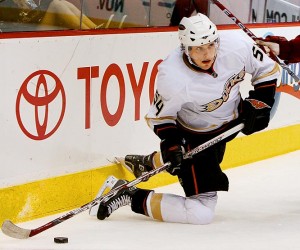 The initial boom in hockey in a land typically dominated by surfers and skateboarders can be traced back to the trade that sent the hockey world spiraling. When Wayne Gretzky set foot in Los Angeles, the state went hockey mad. Even though California is no stranger to hockey, having had the California Golden Seals for a short period of time and the Los Angeles Kings since 1967 expansion, the lack of success of the sport was highly evident.

It took a star of Gretzky’s magnitude to really put Southern California on the map in the hockey world. In fact, after Gretzky arrived in Los Angeles in 1988, the NHL opened two new franchises in the state. The San Jose Sharks reopened the door to NHL hockey in Northern California in 1991 and the Anaheim Mighty Ducks began operations in 1993.

And just like that, California was home to three NHL franchises.

Youth hockey on the rise after a slump

Even though the hockey spotlight followed Gretzky from Edmonton to Los Angeles, the impact it had at the grassroots level didn’t quite explode like many had hoped. Ice rinks were still few and far in between. Only after the Kings went on their Stanley Cup run in 1993 did more ice rinks start to pop up. However, high costs and lack of knowledge about the sport kept many from participating.

Things became even more desolate after Gretzky was traded to the St. Louis Blues in 1996 and the sport entered the Dark Ages in Southern California. Stars like Luc Robitaille and Paul Kariya kept hockey in the conversation but it was treading water at best with no rescue in sight.

Then, through patience and smart drafting, the Kings and the Mighty Ducks started to experience some success and all of a sudden hockey went through a resurgence in the region. The Mighty Ducks even made it all the way to Game 7 of the Stanley Cup finals in 2003 where they lost to the New Jersey Devils but their success created a renaissance for hockey that the area is still experiencing today.

Youth hockey programs started to attract the best athletes away from other sports and with financial support from NHL franchises this meant their development would be comparable to those in more well known hockey hot-beds.

In 2009, the Ducks started to consolidate rinks under their control and introduced a state-wide high school hockey league that has never been done before. Participation continues to grow exponentially every year with many players participating in both their travel clubs and for their respective high school teams. Currently, there are over 30 varsity and junior-varsity teams after only starting with five.

With three in-state NHL teams, the entire state has become a retirement destination for many players who enjoy the year round sun and warm climate. Retired players like Rob Niedermayer, Rob Blake, and Nelson Emerson have volunteered their time to help coach local programs after they have hung up their skates.

The Kings’ Stanley Cup victories in 2012 and 2014 only further helped this explosion of popularity.

USA Hockey calculated that from 2002 to 2013, overall hockey participation grew 29.3 percent in the entire state. Even more impressive, in the 8-and-under age group, it grew 49.3 percent. The numbers continue to climb each year with no signs of slowing down.

Southern California hockey can be seen on the brightest stage in junior hockey this winter. The upcoming World Junior Championships is the most well known junior hockey tournament and all of the participating countries send their best 20-and-under players.

Team Canada’s goaltender, Eric Comrie, is a former Los Angeles Selects player and grew up in Orange County before moving north to play for the Tri-City Americans of the WHL. He is also a second round draft pick of the Winnipeg Jets. Team USA’s goaltender, Thatcher Demko, grew up in San Diego and played for the Gulls and briefly with the Jr. Kings before moving on to play junior hockey in the USHL, the only tier-1 junior league in the United States. The Vancouver Canucks own Demko’s rights after they made him the 36th overall pick of the 2014 draft.

4 thoughts on “Southern California Is a Hockey Factory”