Wednesday night’s Game 7 is the last chapter of an epic playoff series between the Dallas Stars and St. Louis Blues. The series clinching game will be telecast on NBC sports at 7:00 PM CT. Or if you prefer the local coverage, turn down the television volume, turn on The Ticket (96.7FM/1310AM) and listen as the Stars broadcasting duo of Daryl “Razor” Reaugh and Dave Strader call the action.

Tyler Seguin skated with the team on Tuesday, but Stars’ coach Lindy Ruff has ruled him out for Game 7.

The Stars quest for Lord Stanley will either reach the halfway point or crash and burn. Instead of the Victory Green bracelets, perhaps Stars management should break out the lightsabres. They will need the positive energy of the Force to overcome the St. Louis Darkside Blues.

The Jedi Knight of Game 7

Jamie Benn is the obvious Luke Skywalker choice. His coming out party was last season. He won the Art Ross trophy as the league’s leading scorer with a brilliant season ending game in 2014-15. His offseason included double hip surgery. Remember that? It took him a few games to shake off the rust before embarking on another highly productive season. For the second year in a row he played all 82 games and had a career high 41 goals and 48 assists. He also learned to improve his craft after a Yoda/Obi-Wan-like apprenticeship with Stars Hall of Famer Mike Modano and another former Stars captain Brenden Morrow. 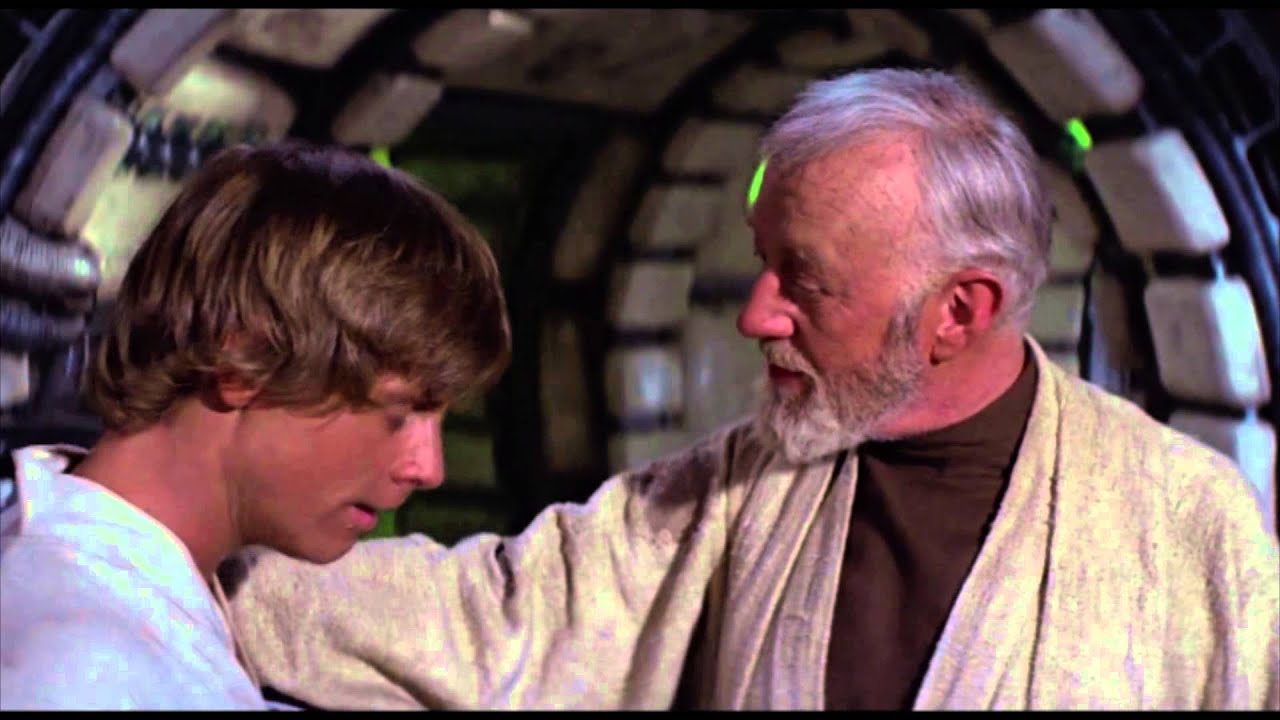 Benn’s 15 points (5g, 10a) in 12 games ties him with San Jose defenseman Brett Burns for the league lead in playoff scoring. However, lately, the Stars favorite son has endured a slight power outage. He has only one point (assist) in the past two games and only one goal in the series vs. the Blues. For the Stars to advance, he must rise to the occasion and outplay Blues captain and rival David Backes.

The Sith Lord of Game 7

After giving some serious consideration to the Blues Vladmir Tarasenko, David Backes and Troy Brower, I couldn’t let go of Blues coach Ken Hitchcock as the main villain. He is a former Stars’ coaching hero. He led Dallas to their only Cup (1999) in franchise history. Hitchcock, a master of the Force, is using everything in his power to break the hearts of his former organization.

Hitchcock is the only coach left in the playoffs with more career wins than Ruff. Both are in the top five all time with over 700 career wins each. It will be interesting to see them in the post game handshake line. Of course it was Hitchcock who beat Ruff’s Sabres for the Cup in 1999.

The hired gun, mercenary, anti-hero is Patrick Sharp. Jim Nill acquired Sharp in his latest of what has become an annual July tradition. Nill previously added Tyler Seguin and Jason Spezza in July 2013 and 2014 respectively. Sharp, 34, contributed heavily on three Cup winning teams for Chicago. He had 20 goals and 35 assists in 76 games with Dallas this season.

Sharp leads all Stars and Blues players with five career game-winning playoff goals. Yes, that is just one behind the likes of Sidney Crosby, Alex Ovechkin and Justin Williams who are all tied with six. Sharp has three goals in his last three Game 7s.

As the saying goes, Anything can happen in a Game 7. Dallas simply needs to finish this series 2-2 at home and they move on to face the winner of the San Jose Sharks and Nashville Predators series for the Western Conference final.

May the Force be with them.