With Oates Out of the Picture, What Does the Crystal Ball Say About Washington’s Future Head Coach? 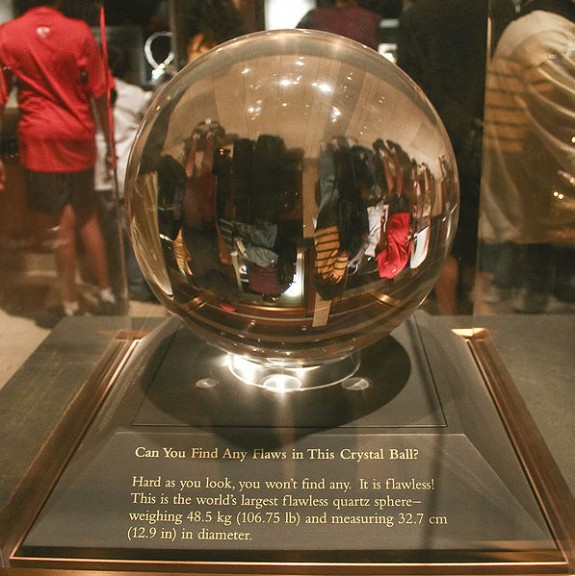 The Washington Capitals are among one of the many teams searching for a new head coach.  The head coaching position in Washington has been an ever-changing job.  With three different head coaches since 2011, the Capitals have not had any consistency behind the bench since Bruce Boudreau was the head coach.

Capitals majority owner Ted Leonsis will be a busy person in the upcoming weeks.  He has to find a new general manager in addition to finding a new head coach for his Capitals hockey club.

Adam Oates did not have much of a counter-punch in his systems.  His defenseman were told to stay back more and to not play aggressively.  This did not help the Capitals defensemen like Mike Green who is best when he gets to play aggressively.  Oates did not perform well on making adjustments on the fly when the lineup needed it.  This writer feels that the Capitals must hire a coach who can adjust on the fly and can come back with a counter-punch during games.

This writer has given a glimpse into his crystal ball who who the next Capitals general manager could be.  Now, he will look into his crystal ball again and will devise a list of possible head coaching candidates for the Washington Capitals.  This list will include a short analysis about the candidate and where they come from.

Barry Trotz: Former Nashville Predators Head Coach
Analysis: Barry was the first head coach in Nashville Predators history and was there for fifteen seasons.  He is a two-time Jack Adams Award finalist for the NHL’s top head coach.  He is well-liked and known for being a players coach.  Trotz comes with a lot of credibility as he has coached close to 1,200 regular season NHL games.  He has been known to be a defensive minded head coach with lots of attention to detail in the defensive zone.  Trotz has been involved with the Capitals before as a scout and as the assistant coach of the Baltimore Skipjacks (AHL). Attention to detail in the defensive zone is something the Capitals have not been good at for quite some time, so this potential hire of Trotz could really help the Capitals in that area of the game.

John Tortorella: Former Vancouver Canucks, New York Rangers, and Tampa Bay Lightning Head Coach
Analysis: After a short stint in Vancouver, the fiery Tortorella is back on the open market.  His Canucks finished 36-35-11 with 83 points and were twelfth best in the Western Conference.  John is known for his defensive structure and attention to detail without the puck.  He won a Stanley Cup back in 2004 as the head coach of the Tampa Bay Lightning.  Vancouver’s offense dried up under Tortorella as the Canucks were ranked 28th in goal scoring during the regular season.  John’s most notable mark during the season was against the Calgary Flames when he decided to charge after the Flames locker room to get to Flames head coach Bob Hartley.  The locker room incident by Torts landed him a fifteen day suspension by the NHL.  John has also made his presence known in Washington after he was squirted by a fan with water during the 2009 playoffs.  This writer cannot see the personalities of Ovechkin and Tortorella meshing well together because they both have different ideologies of how the game should be played.  On top of that, Washington’s defensive core is just not good enough to execute what Tortorella wants to be done in his coaching scheme.

Kevin Dineen: Former Florida Panthers Head Coach
Analysis: Kevin led the Panthers to their first Southeast Division title back in 2011-2012.  The Panthers were defeated in the first round by the New Jersey Devils in the 2012 NHL Playoffs.  The Panthers failed to miss the playoffs in the 2012-2013 lockout shortened season.  Kevin was fired by the Panthers back in November and was replaced by Peter Horachek.  Kevin paid his dues in the AHL as he served as the Portland Pirates head coach from 2005-2011.  He is still a bit unproven in the NHL and may need to spend some more time as an assistant head coach.  The Capitals have a habit of bringing in new head coaches with little to no NHL experience, so there would be little to shock to this potential hiring.

John Stevens: Current Los Angeles Kings Assistant Coach, Former Philadelphia Flyers Head Coach
Analysis: John is now in his third season with the Kings as an assistant to Darryl Sutter.  As the Flyers head coach, he led them to the Eastern Conference Finals back in 2008.  He coached the AHL Philadelphia Phantoms from 2000-2006.  John’s defensive direction as assistant coach in Los Angeles has influenced the Kings penalty killing unit, which was ranked 11th during the regular season.  He won a Stanley Cup ring on the Kings staff back in 2012.  John would not be a horrible option as head coach for the Capitals because he actually has some experience to bring to the table.  This writer feels that John could be a good person to hire for the Capitals.  John has worked his way up the ladder around the AHL and NHL and could provide some new ideas behind the Capitals bench.  The Capitals penalty killing and defensive game needs a lot of work, so John could provide his knowledge in those areas behind the bench.

Is the Crystal Ball Clear or Cloudy?

The Crystal Ball is still very cloudy at this point.  Once the new Capitals GM is in place, connections to a new head coach could potentially be made.

This writer feels that it is time for the Capitals to bring in a head coach with some NHL experience.  The Capitals do not need an inexperienced head coach behind the bench anymore.  The core of Alex Ovechkin, Nicklas Backstrom, and Mike Green need a head coach who can show them how to win.  They also need someone who can help them play to their strengths.  The Capitals are best suited to play an up-tempo, puck possession, fire-wagon shooting style of hockey.

The current crop of Capitals would gel best with a players coach.  They have shown that they need someone who can light a spark at the right time.  The next Capitals head coach must find a way to communicate with Alex Ovechkin first and foremost.  If that connection is made, it will have a trickle-down effect to the rest of the Capitals roster.  If the new head coach can pick up the pace, but pay attention to defensive detail, the Capitals will be back in the playoffs and become cup contenders once again.