The offseason is in full gear for the Washington Capitals, with the search for their next GM and head coach ongoing. The draft is nearing as well, with Washington holding a lottery pick for the first time in years. The Hockey Writers breaks down Washington’s top ten prospects with an analysis for each player. These rankings will be released a few teams each season.

Burakovsky was one of the best bargains of the 2013 draft, amazingly dropping to the Capitals at the 23rd pick. He has good size, great skating ability and was one of the most creative players in the Ontario Hockey League during the 2013-14 regular season. Burakovsky needs to work on his defensive game to mature into a well-rounded player and not be a liability outside of the offensive zone without the puck. He won’t need much time till he reaches the NHL, but could start the season with a short stint in the AHL.

This Winnipeg native had one of the best seasons for a Kelowna defenseman in team history, setting a regular season record for the Rockets (21). He helped lead Kelowna to the best record during the regular season, as Captain of the Rockets. He’s a great skater at the blue line and knows when to join the rush. Bowey is committed to become a strong two-way defenseman and is looking forward to training camp in Washington with hopes of making the club.

The selection of Barber is looking like a steal for former Washington Capitals General Manager George McPhee. The improving forward is about to enter his junior season at Miami University of Ohio and could turn pro right after that. He can play in all three zones and has exceptional leadership skills, well documented with his Captaincy for the United States U20 team this past winter at the WJHC. He has strong skating ability, but his height could hold him back. He doesn’t do anything great, but doing numerous things well should turn him into an NHL player.

This German net minder is arguably the most athletic goaltender in the organization and made strides when he was with Washington last season. He can go post-to-post to make exceptional saves that many goalies can’t and compensates for his lack of height. Grubauer needs to work on his rebound control along with his ability to play the puck up to his forwards. A full season at the AHL level is needed for him to take the next step in his development.

Stephenson had a breakout season with Regina this season, the same club that helped develop current Capitals prospect Garrett Mitchell and former Hershey Bears Captain Boyd Kane. He’s a strong skater, but undersized at 5’11”. He plays a surprisingly physical game and was termed by Mitchell a “power forward”. Stephenson will spend his first full season outside of the WHL with the AHL’s Hershey Bears next season and should see substantial ice time. He needs to work on becoming a complete player in all three zones.

8 – Scoring his 8th, Chandler Stephenson (@CStephenson22) now has the most single season SHG's for a @WHLpats player in at least 18 years

In his first pro season, former Gophers defenseman Nate Schmidt had his share of ups and downs. He played quality minutes in Washington before getting sent down, but struggled in parts of his game at the AHL level. He finished with 13 points, but that doesn’t paint a complete picture. Schmidt received power play time due to a rash of injuries and call ups on the Hershey blue line, but struggled consistently. He often turned the puck over, misguided passes, failed on getting the puck into the offensive zone along with struggling to get his shot through. He has great acceleration, but often takes pointless shots into a goalies chest rather than keeping the play alive. His defensive game along the boards and gap management need work as well.

Galiev had an upper body injury this season which caused regression in his play, but he was never aided by the Hershey Bears’ coaching staff. He was scratched often and when he did play Galiev sat on the fourth line with offensively inept forwards. Galiev has a great shot for the left circle on the power play along with strong skating ability. He needs to continue to add muscle, at least ten pounds prior to the 2014-15 campaign. He’s a creative player, but needs substantial ice time to prove that. This season could be his last chance at making something of his career. 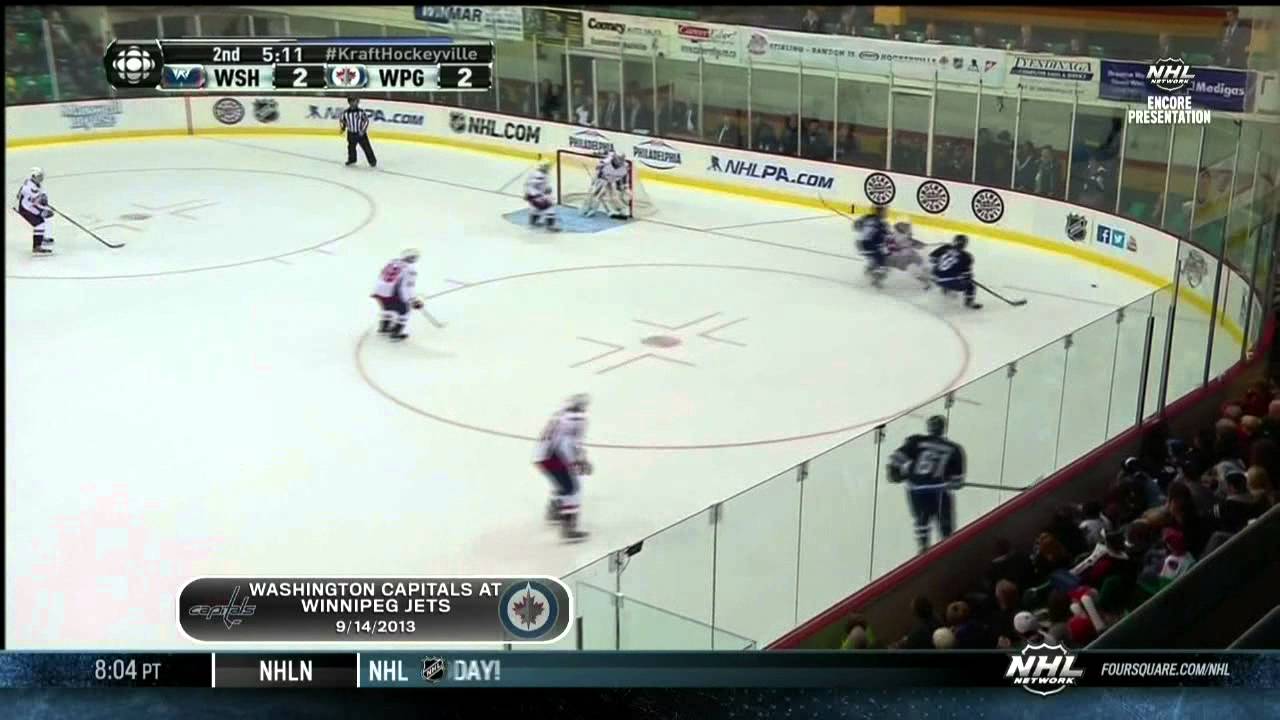 Sanford will begin collegiate hockey this fall at Boston College, where the next prospect in our rankings spent four seasons. He has great size, but could use some added weight as he matures. Sanford has solid playmaking skills, but at just 19 years of age he has a ways to go.

Wey is one of the few players to jump from the ECHL to the NHL during one season, finding himself at the top level of hockey in first year out of Boston College. He’s a stay at home defenseman who learned to become a bit more aggressive as his rookie year went on. Wey has good instincts in the defensive zone and can make a good first pass out of the zone. He needs to work on getting his shot through along with becoming more aware when to pinch at the blue line.

Coming out of collegiate play, Herbert was instantly noticeably at the AHL level with the Hershey Bears. His skating ability is noticeable and he strong awareness of where to go without the puck. Getting accustomed to the pro game and gaining experience is the next step in his development. He could see some time on the power play and penalty kill also at the AHL level this season.