After locking up 2013 second round draft pick Madison Bowey, the Washington Capitals are closing in on officially adding another prospect to the system. Capitals brass is working on a deal with 2012 third round selection Chandler Stephenson according to the Leader Post. Stephenson has likely finished his career in the WHL with the Regina Pats, where he amassed 195 points (73 goals, 122 assists) in 230 regular season games, an average of .85 points per contest.

Stephenson and the Pats were recently ousted from the WHL playoffs, getting swept in the first round by the Brandon Wheat Kings. Regina finished second in the Eastern Conference with a 39-26-4-3 record and a .590 winning percentage.

“It was obviously tough,” Stephenson said. “Having such good team success in the regular season, winning the pennant and getting swept first that was disappointing for everyone, the coaching staff and the players.”

He’s still eligible for one more season in the WHL, but is likely best suited for his first professional season next year with the AHL’s Hershey Bears.

“They are a great organization, one of the oldest in the CHL,” Stephenson said of the atmosphere in Regina. “It was pretty cool playing for them and it’s really close to home so that helped a lot with my family and friends coming down to visit.”

According to the Leader Post, both the Capitals and Stephenson’s agent are “making progress toward an entry-level deal”. When Stephenson signs he’ll almost certainly report to Hershey.

“I haven’t heard anything, kind of waiting this out,” the 19 year old forward told The Hockey Writers about his plans since his season ended.

“It’s one of my goals to hopefully stick (in the pros next season),” Stephenson told the Leader Post. “It would be really nice to get that one step closer to what I’ve always wanted to do since I was a kid, and that’s play in the NHL. It’s going to be a big summer with training. I want to make that step.” 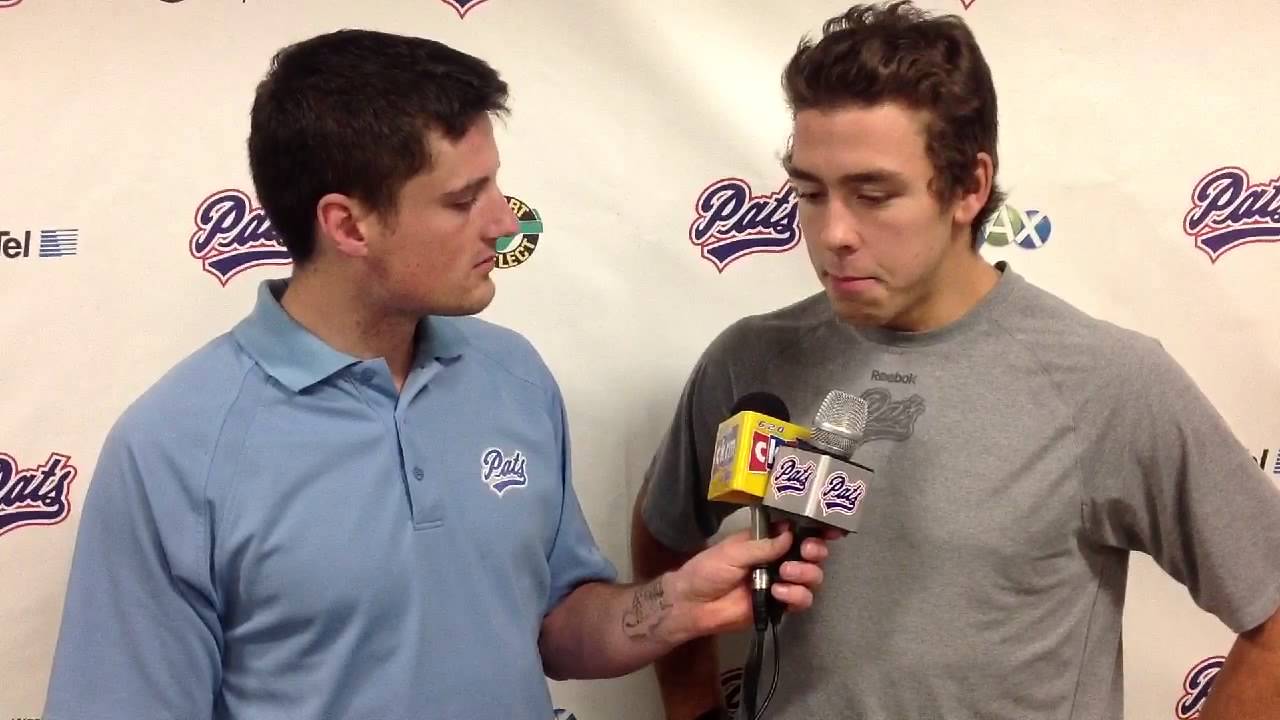 For the first time in his junior career Stephenson was able to play in a large chunk of meaningful games, setting a career-high in games played with 69. The Saskatoon native also set career highs in points (89), goals (30) and assists (50). There are parts of his game he needs to develop however and understanding that is the most essential key.

Due to his size at 5’11”, Stephenson will have obstacles at achieving a top six role in the NHL. His ceiling can be a bottom six forward who can play in all three zones, including time on the power play and penalty kill. Having versatile forwards that can play multiple roles brings an important dimension to any team. Stephenson hopes he can bring that.

“I try to be a two-way forward both defensively and offensively,” the Regina Pats forward said. “That’s slowly coming, something that I’ve always wanted to work on and get better at it is my defensive play.”

Washington’s rights with Stephenson expire this summer, meaning a deal must be completed or Stephenson can re-enter the NHL draft. However that’s unlikely and the Regina Pats forward should be in the Capitals pro system this fall.