In 1988, black, silver, and white was a menacing color combination for a sports jersey.

In a world of jerseys still bursting with Technicolor, only football’s renegades, the Los Angeles Raiders, shrouded themselves in such darkness. The only thing missing from this fashion statement of intimidation was a pair of brass knuckles.

That August, the royally draped but historically jesterish Los Angeles Kings, who had never advanced past the second round of the playoffs, pirated the Raiders’ look. They also traded for a player good enough to be called “The Great One.”

Even in a city teeming with stars, people noticed. Hollywood celebs who didn’t know hockey from hookers helped the Kings become the first professional Los Angeles sports franchise to sell out every home game in a season. N.W.A., the Compton-based gangsta rap group that had literally just invented the term “gangsta rap,” started repping Kings snapbacks.

And in Monterey Park, a LA suburb best known for being the first American city with a majority Asian population, a pudgy Taiwanese second-grader who repped Pro Wings finally got into something cool. 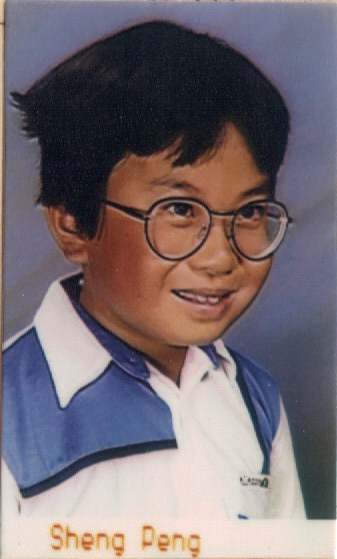 Two months later, the Great Gretzky debuted before an expectant, sell-out crowd at the Great Western Forum. That same arena had been a little more than half full on opening night last season. This was the first time in the team’s 22-year old history that the Kings had sold out their home opener.

As if on cue, Gretzky conjured a goal on his very first shot as a King. The Kings went on to win that game 8-2.

In conjunction with the season’s opening month, Topps released their annual hockey card set. Because printing and packing the cards had to be done earlier in the summer to meet this release date, summer transactions had always been represented with a barely decipherable line of text or prehistoric Photoshop.

This was the way that Topps had made sports cards for 36 years. But this was the Trade of the Century. So Topps used a press conference picture of Gretzky holding up LA’s new sweater.

Captured in that picture was a seven-year-old’s introduction to cool. Encased in that plastic slab is the moment of hope for a once-moribund sports franchise and a once-fat boy. The hope of cool, of legitimizing a loser, of kissing the Stanley Cup or Mulan Mu or just possibly, both.

My rare copy of the Gretzky Sweater card has been graded as being in Gem Mint, basically perfect condition, by PSA Grading Company. I bought it for $271 on e-Bay five years ago; ungraded or “raw” copies of this card routinely sell for $5-10.

To preserve hope so perfectly is of no cost.