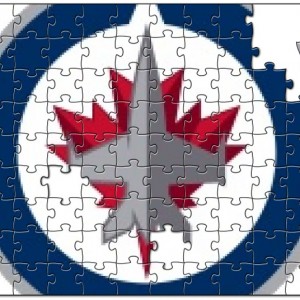 August was not a great month for the Winnipeg Jets, along with Rick Rypien’s passing came Byfuglien’s boating arrest and reported weight issues as well as the uncertain future of young defenseman Zach Bogosian. September is looking much better, with the pieces slowly falling into place for Winnipeg’s first season back in the NHL.

The big news came out of Winnipeg on Wednesday that star defenseman Zach Bogosian had finally signed a 2 year, $2.5 million per year deal. Not a bad price for a top 4, 21-year future franchise blue-liner, when compared to Luke Schenn and Tyler Myers’ new contracts. Bogosian, a native of Massena, New York, was the youngest player ever to wear a Thrashers uniform at 18 years (87 days) old and has played in 199 NHL games. The re-signing of Bogosian was an important step for the Jets and having a young future-star player learning from experienced defenseman such as Dustin Byfuglien, Ron Hainsey, Tobias Enstrom and Johnny Oduya ensures a bright future for both Bogosian and the Jets defensive core.

A rocky ride for Byfuglien in the past few weeks, first arrested for boating under the influence on August 31, then heckled by both the media and hockey fans regarding his reported 280 pound weight. The truth came out this week with Byfuglien actually weighing less than last year during Thrashers training camp at 265 pounds. Byfuglien, alongside Andrew Ladd, is set to become a leader for the Jets, having the skill set with his 6’5 frame to play at both ends of the ice. Byfuglien was positive in his first interview with the Winnipeg media at the training camp, saying he was ready to play some hockey.

The Jets rookies participated in the annual Young Stars Tournament, hosted in Penticton BC. The results of the tournament were:

With training camp currently underway, the Jets have a number of talented players fighting for spots. The players have been sorted into 3 groups and the squad list for the camp is shown below (courtesy of illegalcurve.com):

This list does not include Kyle Wellwood and Aaron Gagnon, who will also be involved.

Particularly interesting participants in the training camp are former Colorado and Montreal goaltender David Aebischer, who is likely to compete with Chris Mason for the backup goaltender position, Tyler Bodie who played 50 games with the Hurricanes last season and David Koci, a former Colorado Avalanche player. Invited after his rookie camp performance, Mark Scheifele will be expected to have a strong showing in a tough group B, despite his young age.

Around 2000 people were present for training camp day 1 in Winnipeg, great support from Jets fans who finally get to see the new boys on home ice. Another announcement by True North Entertainment this week was that around 600 individual game tickets will be made available for the Jets home games this season, with the allotment of 13,000 season tickets selling almost instantly. The individual game tickets will be sold on a staggered basis, through a random draw.  With so many tickets sold and such fan support, the NHL looks to have made the right decision in moving the Thrashers to Manitoba and a long and prosperous future in Winnipeg can be expected.