The beginning of this season can’t have been easy for Seth Griffith. The 21 year old joined the Bruins for training camp, but was released towards to the end of camp to Providence to join the Bruins AHL affiliate. He was shortly recalled for a pre-season game with the Bruins, but was then sent back down to Providence. He likely hadn’t had the chance to even unpack his bags before the Bruins called him again to help out in three regular season games. After that, Griffith was once again sent to Providence, played a game with the team there, and was recalled to Boston where he is currently playing as part of the Boston Bruins. While this appears to be daunting to those of us who have our schedules and know what we’re doing every day at work, this is typical for the life of a talented young NHL prospect.

As if the continual cycle of call ups and reassignments wasn’t enough, Seth Griffith now finds himself on the Bruins top line playing with the highly skilled David Krejci and Milan Lucic. This line was looking for a good mix since losing Jarome Iginla in free agency and the inability of the Bruins management to find cap space to sign a notable name to fill the hole. Simon Gagne, a newly signed Bruin this season, was expected to fill in that gap, but Griffith is proving to be a much better fit and is working hard on finding chemistry with his new line mates. Joe McDonald (ESPN Boston) reports:

“We’re starting to get a little chemistry going, so it’s good to see,” Griffith said. “But it’s not too hard playing with two great players like that.”

Playing among the top players on an NHL team is a no doubt a daunting task for a rookie, but Griffith is no stranger to playing with some of the best players in the Bruins organization. Mark Malone (Chatham Daily News) noted that Griffith had the opportunity to play with seasoned Bruins players Patrice Bergeron and Brad Marchand in training camp.

No doubt the competition around Griffith is challenging him to be the best player he can be. By having talented players on his line and playing a lot of minutes each game, the young player is honing his skills and developing into a solid presence for the Bruins. Griffith scored his first NHL goal on October 21 against the San Jose Sharks and honestly the goal couldn’t have come at a better time for the team as they were down by one with only a few minutes left in the third period. 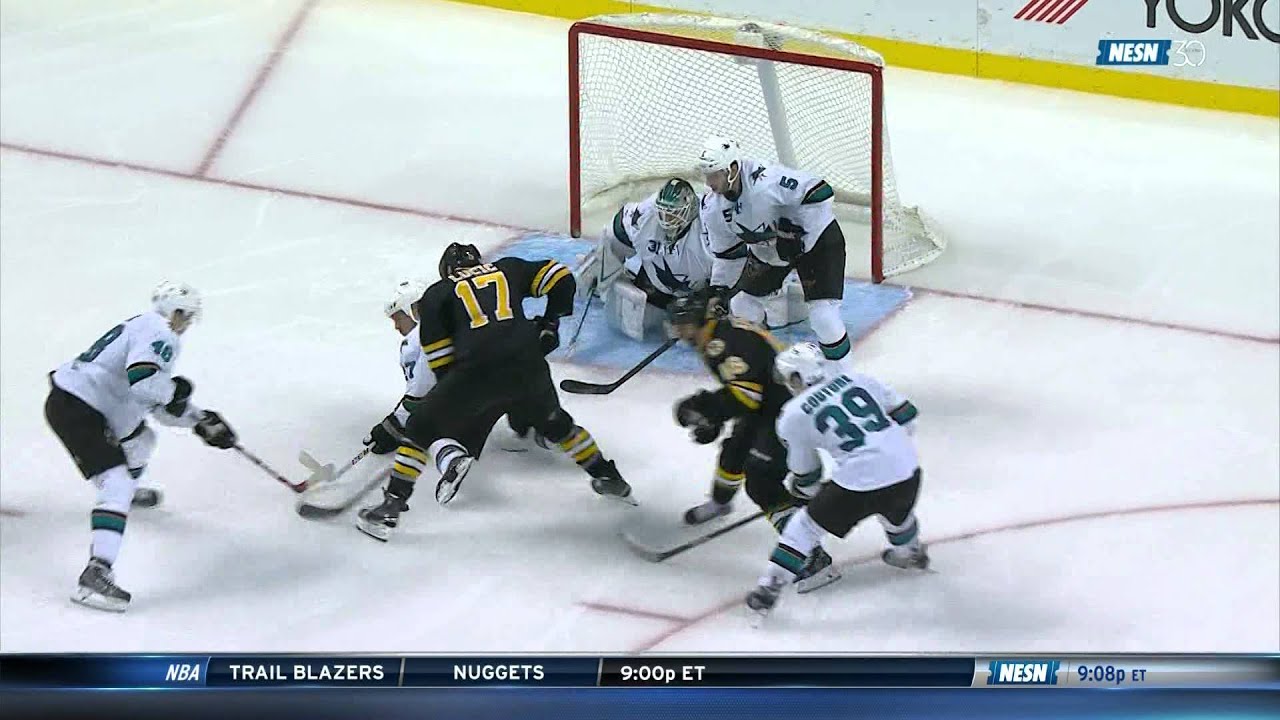 Being that he is now one of the youngest current players on the Boston Bruins, it’s easy to assume that Griffith is like a sponge, soaking up all the information that he can from his team mates. The need keep getting better is what will likely solidify Griffith as a Bruins top line player from now on. Claude Julien obviously saw something in the young player that assured him that he would be a good fit on the line with Krejci and Lucic, but it’s up to Griffith to put in the work and learn all he can to keep his place and he knows it. Mark Malone reported:

Along with his hard work and willingness to learn, Griffith also brings to the Bruins a wealth of experience at the AHL level. Playing last season with the Providence Bruins, Griffith finished the season second on the team with 50 points in 69 games. He managed to get four goals and seven assists in the 2014 Calder Cup Playoffs for the P-Bruins as well.

While Seth Griffith may have started the season as the least likely candidate for the top line wing position, he is working hard to prove he is deserving of the role he has been given. I have no doubt that Griffith will be with the Bruins for a long time to come provided he keeps working hard and using his line mates knowledge to his advantage.

Breanne provides a light hearted look at the sport we all love at THW’s The Off Side and is an editor at SB Nation’s Arctic Ice Hockey. Follow her on twitter @bbmellen.