Esa Lindell of Finland is the name Stars fans need to follow during the 2015 International Ice Hockey Federation World Championships. What?  You were expecting Tyler Seguin (Canada) or John Klingberg (Sweden)?  Don’t get me wrong keep close tabs on them as well, but more to ensure they stay healthy.  After all we know what those two are capable of already.

Now let’s get back to Esa Lindell pronounced (EH-suh, linh-DEHL)….You might remember Lindell from Derek Neumeier’s Stars’ Top 5 Sleeper Prospects last summer.  The 6’3, 210, native of Helsinki, Finland, was drafted by the Stars in the 3rd round (74th overall) of the 2012 NHL Draft.  Lindell, who turns 21 later this month, is a left-handed shooting defensman, who thrived offensively this season for Finland’s Assat Pori with 35 pts (14g, 21a) in 57 games.  Lindell was the highest scoring defensemen in his league (Liiga) as reported here by DefendingBigD’s Huw Wales.  He was also the youngest to ever do so.

This past Sunday, Lindell along with countryman and future Stars teammate Jyrki Jokipakka keyed a 3-0 Finland victory over Denmark.  Lindell led Finland with 6 shots on goal and was credited with an assist when Alexsander Barkov (Florida Panthers) deflected his blast from the point past Denmark’s goaltender.  Lindell played 13:58 while Jokipakka played 12:25 and had a 2 minute penalty for boarding.

Esa Lindell had one assist, game-high six shots on goal in Finland's 3-0 win over Denmark. No points for Jyrki Jokipakka today.

Yesterday Lindell propelled Finland to a 5-0 win over Norway improving Finland’s record to 2-1 in the preliminary round.  Lindell got Finland on the board with a PP goal and assisted on the next 2 goals, also on the PP.  He led all Finnish defensemen in ice time (17:43), and along with fellow IIHFWC newcomer Joonas Kemppainen, has made quite an impression with his veteran teammates.  Per reporter Andy Potts via the IIHFworlds 2015 web site, “Petri Kontiola praised the youngsters Lindell and Kemppainen for their contributions. “Lindell and Kempainnen have been our best players since we’ve been here,” he said. “It is great to be on the same team with them and it is fun to watch them elevate their game. They are easy-going guys off ice too and we have a lot of fun with them. They are very talented and that’s the reason we won tonight.” 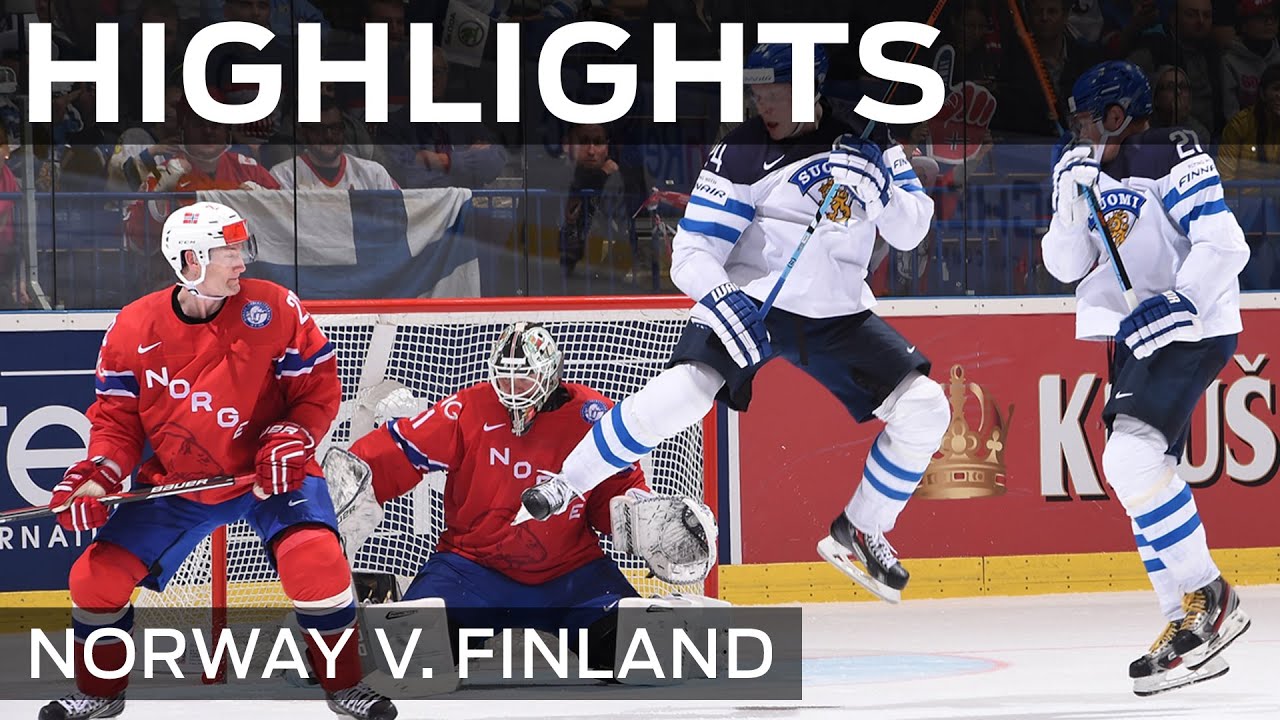 Jyrki Jokipakka also chipped in with an empty net goal in just under 11 minutes of ice time.

Going into the 2012 NHL Draft Esa Lindell was considered a bit of a project.  This was the scouting assessment from International Scouting Services June 2012 edition:

“Another big but very raw Finnish defender, something that continues to be a bit of a growing trend in the past few years.  Lindell has some intriguing potential.  Lindell’s appeal comes mostly from his offensive production ability.  He’s not a great skater by any means but always seems to make something happen with the puck.  He has a great shot, reacts quickly to pressure and loves to jump in from the weakside to the net front area.  He will need some serious focus on improving his skating ability but the fact that he has been so successful with such a technical weakness almost helps his value.  With proper development he could be a diamond in the rough.”

The 2015 IIHF Worlds isn’t the first time Lindell has raised his game on the big stage.  In January 2014 Lindell was a huge part of Finland’s Gold Medal U20 WJC team.  Twice against rival, and host nation Sweden, Lindell scored goals in the game’s opening minute.  Lindell tied for the 2nd most pts (2g, 3a) among defensemen at the 2014 WJC and had a +6 plus/minus rating.

A Young Star Is Rising

Hockey Future’s recognized Lindell as the Stars prospect of the month for January 2015.  His skating and defensive play continue to be key focus areas but have progressed with Lindell’s increased responsibility and development at Assat Pori.

In late March Lindell appeared in 5 games for the Texas Stars and acquitted himself well with 1 assist and 2 pims.  It was predetermined that he would return to Finland after the 5 games but after an early 2015 AHL Playoff exist, Texas probably wishes they kept him around.

7 years ago yesterday Brenden Morrow’s overtime winner helped the Stars win a Playoffs series.  They have yet to win another round since.

Also, this past Sunday Bruce Levin and Owen Newkirk debuted a new 1 hour radio segment on 1310AM/96.7FM The Ticket.  This will be a weekly segment all summer, tune in from 11AM-12PM on Sundays.

During the segment Levine suggested this summer will be the biggest summer of Jamie Oleksiak and Jack Campbell’s respective careers.

Russia- Valeri Nichushkin was cut by Russia prior to the start of preliminary play.  Of Russia’s 13 forwards only 4 are not from the KHL.