With the 2014 NHL trade deadline looming, no one knows what the Boston Bruins are going to do in terms of wheeling and dealing. Making trades is always a calculated risk, you never know how it’s going to work out in the long run. The Bruins are no different, but, as history has shown, they have made some good, solid deals in the past.

Here’s a look a five of the best trade deadline moves made by the Bruins.

2000 – Send Ray Bourque to the Avalanche

This move isn’t so much about what the Bruins got back as much as it was helping their longtime captain. Ray Bourque was in the final years of his career and he was still without a Stanley Cup. The Bruins were out of the playoff chase and time was running out for Bourque. 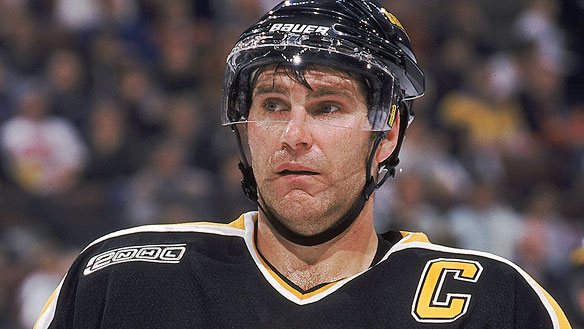 Ray Bourque wanted to be dealt to the Philadelphia Flyers, as he wanted to stay on the East Coast, but Bruins general manager Harry Sinden had other ideas. While the Flyers were preparing to make an offer to the Bruins, (the Flyers offered Andy Delmore and Daymond Langkow), Sinden was secretly finalizing a deal with the Avalanche under the condition that it not be leaked to the press.

On March 6, 2000, the Bruins dealt Bourque and Dave Andreychuk to Colorado for Brian Rolston, Martin Grenier, Sammy Pahlsson and a first round pick (Martin Samuelsson). Bourque would have to wait until the next season to finally hoist the Stanley Cup, but he finally did and the Avalanche’s victory was just as good as a Bruins one.

As the Bruins were preparing to make a playoff run, they made a couple of different moves to bolster the team’s defensive corps, one move, in particular, changed the Bruins next few seasons and beyond.

Boston traded little used Craig Weller, Byron Bitz, and a second round pick to the Florida Panthers for Dennis Seidenberg and Matt Bartkowski.

Craig Weller never played a game for the Panthers, Bitz only played in seven games, and the second round pick was used on defenseman Alex Petrovic. Meanwhile, the Bruins easily won this trade with Dennis Seidenberg later becoming a very important piece on the team’s defensive corps.

Seidenberg is now paired with Bruins captain Zdeno Chara as they make an impeccable defensive pair. Seidenberg has been a workhorse for the Bruins since his arrival and Matt Bartkowski has become one of the Bruins’ top prospects and played an important part in the playoffs last season, Bartkowski scored a goal in the Bruins’ Game 7 victory over the Toronto Maple Leafs.

The future looks bright in Boston with Seidenberg and Bartkowski as the Bruins try to win their third Prince of Wales Trophy in four seasons.

Usually when a team acquires a second round pick it doesn’t really make any waves, but Boston did their homework for the 2006 NHL Entry Draft and drafted an absolute gem in Milan Lucic.

The second round pick, acquired from Edmonton, was a throw-in pick just to sweeten the deal. The Bruins traded Sergei Samsonov to the Oilers for Marty Reasoner, Yan Stastny and the second-round pick Boston used on Lucic.

Funny how a second round pick became the best part of this trade, but Boston really struck gold in this move.

Some trades don’t have to affect the long-term future in order to be called a good trade and this is one of those moves.

In 2009, the Bruins acquired veteran Mark Recchi in an effort for the team to gain some valuable veteran leadership. As a result, the Bruins traded Matt Lashoff and Martins Karsums to the Tampa Bay Lightning for Recchi. Lashoff only played in seventeen games for the Lightning and Karsums left the NHL after the 2008-09 season to played in the KHL.

Recchi would later help the Bruins win the 2011 Stanley Cup in his final season in the NHL. While Recchi’s numbers may not have been on a superstar level, it’s undeniable that his leadership and experience was incredibly important during the Bruins’ playoff run in 2011.

In 1988 as the Bruins were in the midst of their march to a Stanley Cup Final berth, Boston went out and acquired longtime Edmonton Oilers goalie Andy Moog in exchange for Bruins goaltender Bill Ranford and Geoff Courtnall.

This trade paid off for both teams that season as both the Oilers and Bruins made the Stanley Cup Final that season, with the Oilers sweeping the Bruins, but Moog provided Boston with solid goaltending for years to come.

Ranford provided the Oilers with so-so goaltending, despite the 1990 Stanley Cup win and Conn Smythe that year, before returning to Boston in January 1996. Moog became one of the top goaltenders in the NHL when he was with the Bruins. Although the Bruins never won a Stanley Cup during his time with them, he did bring the Bruins to two Stanley Cup Finals.

Moog really was an underrated goalie and didn’t get enough credit for his talent and skill. This simply was a pretty solid deal for the Bruins.