With September finally here, that means the start of the NHL regular season is only a month away. The Toronto Maple Leafs have had a busy offseason, headlined by their free agent signing of John Tavares. With all eyes on the lines head coach Mike Babcock chooses and how well stars Tavares, Auston Matthews, and Mitch Marner play, attention needs to be on those underrated players looking to make an impact on the team.

With a tremendous opportunity for the Maple Leafs to make a deep run in the playoffs, they will need their lines to be firing on all cylinders, relying on role players to have breakout seasons. Let’s take a look at the ‘Top 5 Breakout Players’ for the Maple Leafs this season.

Despite only playing 37 games in the NHL, I expect Gauthier to have more success and playing time for the Leafs this season. With Tavares, Matthews, and Kadri taking the centre spots for the first three lines, Frederik seems to be the obvious choice to be the fourth line centre.

Last season with the Marlies, he posted seven goals and 11 assists in 57 games. Gauthier is a huge physical specimen at over six feet tall, using his size to be effective winning faceoffs and on the penalty kill. While his offensive ability has been a concern as of late, he possesses high hockey IQ and has a sound ability being a shutdown centre.

With every successful hockey team requiring a successful fourth line, expect Gauthier to continue to use his solid physicality to wear down opponents along the boards and his puck-moving ability to create scoring opportunities for his linemates.

Josh Leivo is another player looking to become a critical asset for the Maple Leafs this upcoming season — but, the first order of business for the young forward, is to make the team. Last season, he appeared in 25 games with the Leafs, only scoring a goal and four points. Leivo is incredibly optimistic about his chances making the roster going into training camp.

“I’m working hard in the offseason,” Leivo said. “I’m bettering my game, our skating coaches are telling me I’m a little faster and everything so all signs are showing that I’m getting a little better and hopefully it can show in training camp.”

If given the opportunity to play full time for the Leafs, I see him utilizing his speed and playmaking ability to be the breakout player that we all thought he was going to be. Babcock just needs to play the young forward in the offensive zone more, to showcase his talent and abilities.

“I’m confident I’m going to make the lineup, it’s been two years now,” Leivo stated. “My confidence is make the team, there’s no other way. That’s how I’m looking at it for this season.”

On Jan. 6, 2018, Travis Dermott made his first NHL start for the Maple Leafs, en route to a 3-2 shootout victory over the Vancouver Canucks. The defenseman never left his post, generating 13 points in 37 games played for the team last season. Given that his team has exited the playoffs in the first round two years in a row, he knows that the defence corps needs to be better if the Maple Leafs are going to make a deep postseason run.

“I think we did a good job of that last year, but as good as we were, you can always get better. The more we get the puck to the forwards, the more chances they will get to score goals,” stated Dermott.

Dermott possesses tremendous speed and puck moving ability, particularly creating scoring opportunities in the offensive zone. Despite lacking the ideal defenseman size, he has a great depth of hockey knowledge that will allow him to generate a high amount of point production this season on the blue line.

“You look at the way the league is evolving, and the big, six-foot-five defenceman is not what everyone is looking for anymore,” Dermott said. “With our forward group this year, you are gonna want to get the puck to them as quick as possible. They will be quick, and they can score, so our defence is going to be mobile and make those first passes as quick as possible, get the puck to the forwards.”

Dermott’s focus is to continue to use his speed to create scoring chances. About to embark on his first full season with the Leafs, he believes he can play at a high level, putting himself into the conversation as a top-4 defenseman on the team, along with Morgan Reilly, Nikita Zaitsev and Jake Gardiner.

“For me, the main thing is when it comes to the playoffs, just be ready to go,” Dermott said. “I had a tough time finding my game (against Boston last spring). I came around, but you have to make sure that doesn’t happen in the playoffs, and at the beginning of the season.

“It was a good experience there, and now I have pick right up from that, be ready to go right from the start. I think that’s key for all of us.”

Leaf fans will never forget Kasperi Kapanen’s double overtime goal in Game 2 of the first round playoff series against the Washington Capitals two years ago. But now, the talented forward is ready to take the next step and have a breakout season for the Maple Leafs.

In 28 games with the Marlies last season, Kapanen had 12 goals and 12 assists. When he got called up for a larger stint with the Leafs, the right winger’s numbers declined, only putting up seven goals and two assists in 38 games. His patience could finally pay off as he awaits to start his first full season with the team.

Kapanen’s strength is his offensive ability, utilizing speed and puck moving ability to put his team into tremendous scoring opportunities. But, his role last year on the Maple Leafs also showcased his defensive prowess, as he registered a 50.4% Corsi rating while starting in the defensive zone 66.5 percent of the time. While Babcock has not announced where Kapanen will fit on the team, that reality is far from the young forward’s mind.

“I haven’t really thought about that stuff,” Kapanen said. “I’m just excited to see all the guys, be on the ice and hang around the rink.”

If paired with scoring assets like Nazem Kadri or Patrick Marleau, Kapanen has the opportunity to generate lots of points next season. His offensive abilities are second to none and his break out into the attacking zone will punish opponents next season, as the winger looks to score a lot of goals for the team.

The player who has the most upside for the Maple Leafs in the 2018-19 NHL season is left winger Andreas Johnsson. With a qualifying offer this summer of a one-year, two-way contract with a salary cap hit of $787,500, the Leafs truly believe in Johnsson to add offensive depth for the team this season.

Johnsson appeared in nine games last season, where he had only two goals and one assist, but he played in all seven of the team’s postseason games. The young forward shined as the leader of the Marlies, though, where he had 26 goals, 28 assists in 54 games. En route to the Marlies Calder Cup victory, the 23-year old Swede generated 10 goals, 14 assists in 16 playoff games, earning him the AHL Playoff MVP. 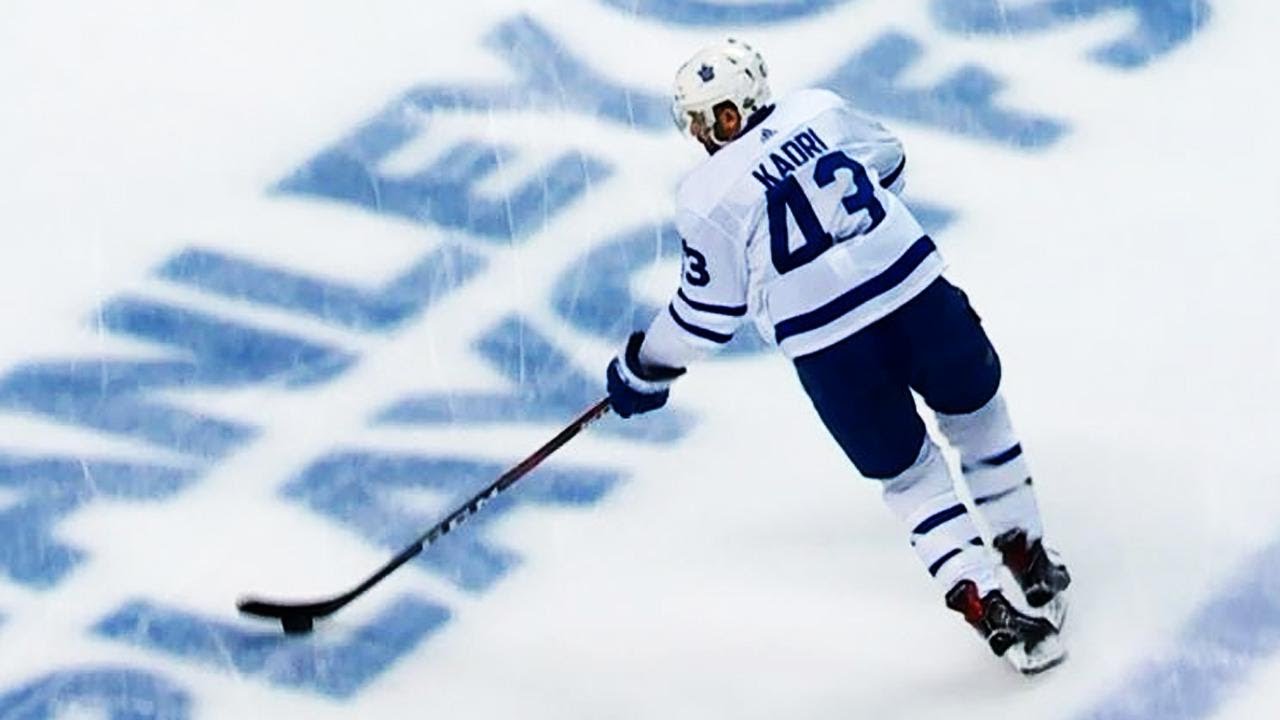 “He’s a special, special kid,” Marlies head coach Sheldon Keefe said of Johnsson following their Calder Cup win. “He’s taken the long road to road to get here. He’s another example that it doesn’t matter when you’re drafted or even if you’re drafted, you just keep working and the cream rises to the top eventually.”

Johnsson’s talents lie in his ability to put pucks to the net. He had 27 shot attempts last year, where 19 of those were shots on goal. He is strong at moving the puck, demonstrated in his 57.6% Corsi For rating – a huge positive considering his time was mostly spent on the fourth line.

Most likely paired with Kadri and Kapanen next season, it will give Johnsson a large amount of ice time to generate points. In addition, Babcock will look to use the Swede on the power play unit, given his ability to create scoring opportunities and shoot the puck. If Johnsson continues to trend upward with his stellar play, expect to add his name into the Calder Trophy conversation as hockey’s rookie of the year next season.

I am a passionate hockey fan. From records being set to unforgettable upsets and unpredictable moments, hockey has provided a steady source of entertainment in my life. As a hockey writer for The Hockey Writers, I look forward to providing readers with insightful, relevant pieces that raise awareness about hot-button topics in the world of hockey. Follow me on Twitter @Weesesports