It’s been 16 years since the NHL last conducted an expansion draft. In 2000, the Columbus Blue Jackets and the Minnesota Wild came into existence with less than promising results. Each of the rosters reflected how difficult it can be to build a quality organization from other team’s spare parts and aging stars.

The glitz and glamour of having an NHL franchise in Las Vegas will catch everyone’s attention at first, but can the interest remain all season. The Vegas Golden Knights will become the NHL’s first expansion franchise in the salary cap era, and this gives them a distinct advantage over past expansion teams in having a shorter path to becoming a playoff contender.

Deck Stacked Against past Expansion Teams

The history of NHL expansion has proven that most organizations commit a false start coming out of the starting gate. It happened to the California Golden Seals, the Buffalo Sabres and practically every other expansion franchise. They often looked hopeless and inept on a nightly basis during their inaugural season.

It will take great patience to build a championship organization like the New York Islanders were once back in the day. Team architect Bill Torrey and head coach Al Arbour knew they would become the laughing-stock of the NHL for a few seasons by going with an inexperienced, young roster that included future Hall-of-Famers Denis Potvin, Clark Gillies and Mike Bossy. All they went on to become was the league’s next dynasty and win four straight (1979-80-1983-84) Stanley Cups in the process.

The NHL is doing everything within its powers to make sure the Golden Knights become a success on and off the ice. The rules of this summer’s expansion draft guarantees them a roster filled with NHL-ready talent. Plus, the team has been awarded a spot in this June’s entry draft lottery, which means the Knights can do no worse than having the sixth-overall pick. Not a bad return for a $500 million entrance fee.

The league made it abundantly clear that Vegas wasn’t going to be offered the scraps off the existing team’s dinner table as a welcoming gift to the NHL. Those franchises must resign to the fact that they will lose a quality player in the process, but that doesn’t refrain them from exposing those draftee candidates in possible trade talks to acquire something of value in return. You can expect an active trade market prior to the expansion draft.

What is the Competitive Advantage for Vegas?

Usually, Stanley Cup contenders have one or two unproductive players with big-money contracts that often negate the financial flexibility needed to make the necessary moves to improve the roster. Suddenly, the Knights become the ideal trade partner because they have the cap space available to take the albatross from around their neck. 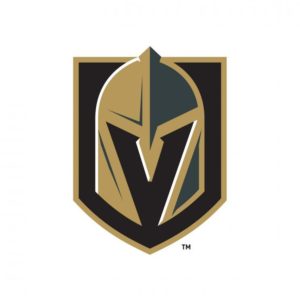 No one should expect an expansion franchise to take on solely a high number of ridiculous contracts, but if the trade package includes a big-money veteran and high draft choice, the answer should be yes. The Knights gain a calming voice inside the lockerroom that can guide an inexperienced team through the grind of an NHL schedule. Who knows, sometimes a change of scenery can revitalize a player’s career.

Knights GM George McPhee is wise enough to stay away from players with three or more years remaining on their contract. It doesn’t make sense to create too much of a financial mess that takes a few seasons to clear off the books. It’s important to maintain your own cap flexibility, while still taking on few big salaries that allows the youngsters to develop their game in the minors.

Let’s guesstimate that the Golden Knights select or acquire via trade three players that account for approximately $15 million of salary cap space. It’s not out of the realm of possibility that McPhee signs a couple of unrestricted free agents that become valuable trade chips come deadline time. Suddenly, Vegas acquired the necessary amount of draft picks to build a quality organization without sacrificing too much cap space.

The strategy to generate local fan interest in Las Vegas is having some star power on the Knights roster, but that doesn’t guarantee long-term success. Ultimately, the organization must give the fans a quality product on the ice, as success in the standings is the only source toward building brand loyalty.

The NHL is built for teams that have a young roster, but the Knights currently have only one player (Reid Duke) under contract. In the interim, it’s wise for them to take a financial risk on a couple of veteran stars, which affords them time to build an organization and develop their own stars.

Thomas Conroy covers the Vegas Golden Knights for The Hockey Writers Network He has been writing about sports since 2007, first as a contributor for Bleacher Report and Football Nation. Recently, Conroy was a co-editor for the Bolts Beat website on Fansided. To read more his work, please him on Twitter @tsconroy