The 6’2” right winger from Russia was drafted 50th overall in the second round of the 2004 NHL Entry Draft by the Phoenix Coyotes. Once a highly touted speedster, but now nowhere to be found, what happened to Enver Lisin and where is he now?

“Lisin is a talented two-way forward with a huge offensive upside and a significant defensive upside. The young forward was more than likely the fastest forward eligible for the 2004 NHL Entry Draft. He is fully capable of developing into a top line forward in the NHL. He’s an amazing skater, who’s a good finisher, has a great wrist shot, is very precise and has a deceivingly quick release.”

“Skating: An amazing skater…the fastest Russian skater and possibly the fastest skater in the world born in ’86…excellent technique.

Shot: A very good finisher and has a great wrist shot…very precise and deceivingly quick release…has very good control over his backhand.

Technical Ability: An average puck handler, does not excel in great puck control, who depends more on his speed…uses the stick well in defensive situations.

Pass: Doesn’t pass the puck often, as he is more of a finisher than a set up player…when he does pass, his passing ability is above average.

Hockey Sense: Sees the ice very well at both ends of the ice…developing into a great two way player…a natural finisher, able to be at the right place at the right moment.

Physical Play: Grew an inch in the spring and summer of ’03…not a physical player, depending on his speed, but is durable and can handle pressure well in traffic…defensively delivers the pressure at the boards, showing a good level of toughness and physical play.

Intangibles: Has a very good attitude and a solid work ethic…listens well to authority… effective on his own, but needs a talented center to take full advantage of his scoring ability and speed.”

The Phoenix Coyotes would draft Enver Lisin 50th overall in the second round in the 2004 NHL Entry Draft. This was the last event prior to the NHL lockout that cancelled the entire 2004-05 NHL season. A little known fact is that the 50th overall pick originally belonged to the Dallas Stars and was acquired later by the Florida Panthers, then the New York Rangers and lastly the Phoenix Coyotes. The Dallas Stars received this draft pick as compensation for losing Derian Hatcher as a free agent that season.

There were some players picked later than Enver Lisin in the second round that panned out better in the NHL. These players included: David Booth 53rd to Florida, Brandon Dubinsky 60th to the Rangers, Alex Goligoski 61st to the Penguins and David Krejci 63rd to the Bruins.

After drafting Enver Lisin he would spend the 2004-05 and 2005-06 seasons in the Russian Superleague, the precursor to the Kontinenal Hockey League (KHL), with Ak Bars Kazan.

During those two seasons Lisin experience a great deal of success, in his rookie season his was nominated for Rookie of the Year and in his second season his team won the league championship. He contributed 15 goals and nine assists in his 96 regular season games over those two seasons. Along with three goals and one assist during his team’s championship run in 2005-06.

He also was a member of two silver medal winning Russian entries at the under 20 World Junior Championships in 2005 and 2006.

He started the 2006-07 season with the Coyotes American Hockey League affiliate the San Antonio Rampage scoring two goals in two games. He then spent 17 games at the NHL level but only contributed one goal and one assist. As a result the Coyotes tried to send him back down to the AHL, however he refused and got on a plane back to Russia. He finished off the season with six goals and two assists in 20 games with Ak Bars Kazan in the Russian Superleague.

For the 2007-08 season the Coyotes management convinced him to return to North America and he had a successful developmental season spending the majority of his time at the AHL level. He had 35 points in 58 AHL games and six points in 13 NHL games during that season.

Departure from the Desert

In 2008-09 Lisin had a good start to the season at the NHL level playing 41 games for the Coyotes and racked up 21 points. Not lights out by any means, but progress was being made in his development.

After the season in July 2009 the Phoenix Coyotes decided to trade Enver Lisin to the New York Rangers for the former 19th overall pick in the 2004 NHL Draft, Lauri Korpikoski. For the Coyotes Korpikoski became a staple in their lineup for the next five seasons and received and new four year contract in July 2013.

Lisin would spend just one season with the New York Rangers contributing 14 points in 57 games. After the season the Rangers decided not to re-sign him and he went back to Russia. 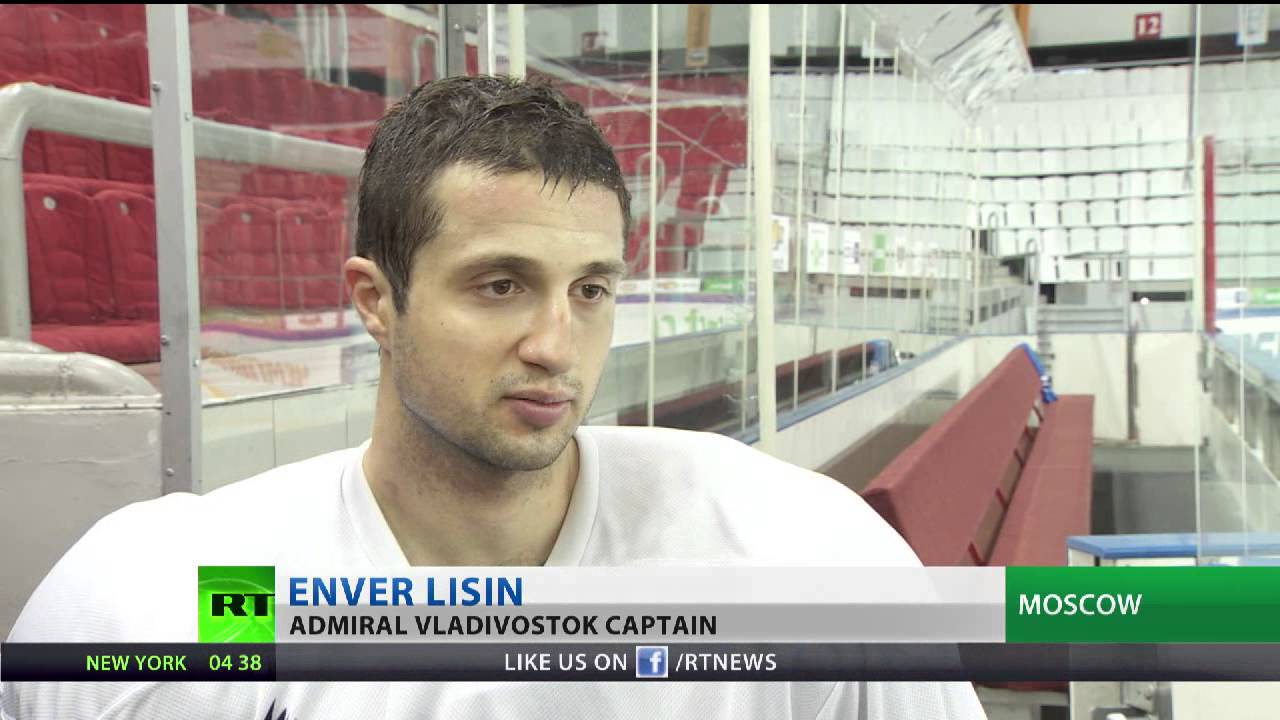 Since leaving the New York Rangers Enver Lisin has not received any tempting NHL offers and has spent the past five seasons playing in the KHL. He has had moderate success in the KHL with 77 points in 175 games.

While these are respectable numbers, they will not attract the attention of an NHL team looking to Europe to improve their fortunes. Although Lisin is still only 28 years old and may have one more NHL chance left in him. With the type of speed he possess he would be a good fit in the current NHL.

This past season he split between Metallurg and CSKA Moscow in the KHL. In the KHL’s Eastern Conference playoff preview Enver Lisin’s reputation in Russia was made very clear.

“Surprisingly or not, the Far Eastern team made the playoffs in their first season in spite of departures of some of their key players – solid defensemen Anton Poleshchuk (Avangard) and Mathias Porseland (Vityaz) and classy scorer and captain Enver Lisin (CSKA) being the most important.”

He has clearly grown into a respected and valued contributor within the KHL. Only time will tell if we will see him in North America again or if he will play out his career in relative obscurity in the KHL.