The Winnipeg Jets magical run towards the playoffs ran out of gas when the Anaheim Ducks used a strong third period to win, 5-2, and complete a four-game sweep in the opening round of the Western Conference playoffs.

Winnipeg did use the energy of a rowdy crowd at the MTS Centre and got the first goal of the game thanks to a power-play marker from Bryan Little. However, any momentum was quickly stopped as Emerson Etem put up this beauty to get the game tied up at one. 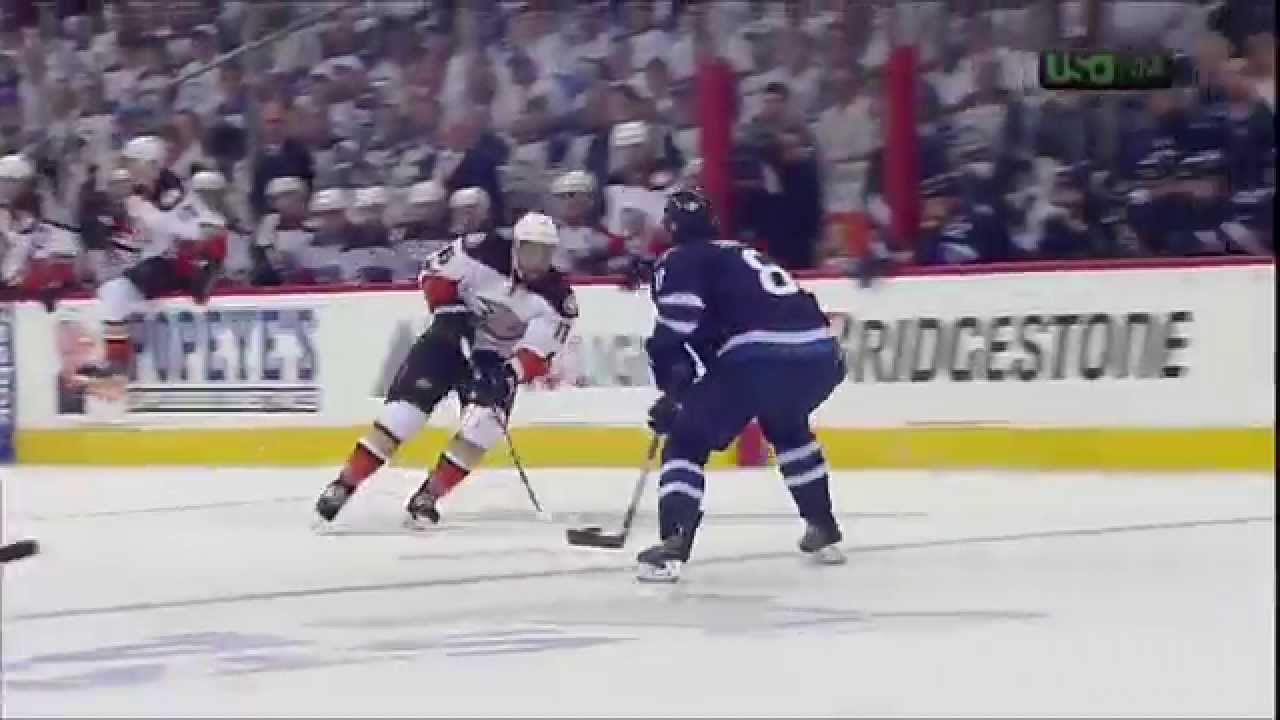 Etem made a fantastic move to get by Jacob Trouba and roofed a backhand-goal past Ondrej Pavelec to give the Ducks all of the momentum.

The goal seemed to quiet the crowd, and the Ducks once again proved that they would not be intimidated by a hostile environment or getting down by a couple of goals. Anaheim buckled down and took care of business against a young team that had very little playoff experience.

Andrew Cogliano’s goal in the second gave the Ducks a 2-1 lead after two, and made the Jets have to take more chances in the third.

Winnipeg tried to stay close, but Ryan Kessler once again broke the hearts of Jets fans with two clutch third period-goals. Kessler had sent game three into overtime with a late marker in the dying seconds of regulation before Rickard Rakell tallied the OT-winner.

Kessler’s first goal in the third gave Anaheim a two-goal lead, and some breathing space before Mark Stuart got a rare goal to give Winnipeg some hope. Kessler then broke the backs of Jets fans one more time before Sami Vatanen finished off the scoring with an empty-net goal.

The Ducks turned around and scored three goals in third in games one and four. The Jets simply couldn’t close the deal in the final frame

People may think a four-game sweep is easy, but the series was far from that. Winnipeg pushed Anaheim to the limit. Ducks coach Bruce Boudreau was very surprised that his team won the series by a 4-0 margin.

Winnipeg may have been swept, but it was a huge victory for them to get to the postseason. Many had the Jets near or at the bottom of the loaded Central Division. However, the young Jets managed to usurp the defending champion Los Angeles Kings for the final playoff spot.

Paul Maurice did a great job with this squad and the perception that no one wants to play in a very cold place like Winnipeg. Maurice should be one of the favorites to win the Jack Adams Award, and there’s hope for the future in making the Winnipeg Jets a playoff contender for years to come.

There’s no shame in getting swept by a team that is a Stanley Cup favorite in the Anaheim Ducks. Their great fans now have a solid to team to cheer for.

Subscribe to our Jets stories to get email updates every time a new story is published.

Dan Mount is a staff writer for The Hockey Writers. You can follow him on Twitter, @DanMountSports.