With the plucking of four ping pong balls, numbers 1, 5, 6 and 14 in particular, the Edmonton Oilers were awarded the right to select first overall in the 2015 NHL Entry Draft.

Despite the reluctance and agony of the hockey world, the Oilers remain poised to add phenom Connor McDavid to their arsenal of elite young players.

However, many are quick to forget Edmonton retains yet another first round draft pick, a selection which the Oilers acquired from the Pittsburgh Penguins. The pick, which will be 16th overall in the coming draft, has the potential to net the Oilers yet another skilled young player, especially so in such a deep draft class.

With that being said, let’s take a quick look back on how the Oilers acquired the pick, and more importantly, who they could select with the pick on draft day.

On January 2nd, 2015, the Edmonton Oilers traded winger David Perron to the Pittsburgh Penguins. Perron, who had led the Oilers in goal scoring the previous season with 28, a career high, had managed only five goals in 38 games with the Oilers.

Mired in a perpetual rebuild, the Oilers added physical forward Rob Klinkhammer and most importantly, the Penguins’ first round pick in the 2015 NHL Entry Draft.

At the time, the Penguins were on top of the league standings, however as the season neared it’s end, the Penguins tumbled down the standings, with their poor playing improving the Oilers pick day by day. In fact, the Penguins came close to missing the playoffs altogether, a situation which would have given Edmonton two NHL Draft Lottery picks.

After a hot start, Perron cooled off considerably with the Penguins, scoring 12 goals and 22 points in 43 games, while he registered a mere point in Pittsburgh’s first round series against the New York Rangers.

Other than Connor McDavid, the Oilers have the potential to select a great young player in the first round of the NHL Entry Draft.

Let’s take a look at who the Oilers could select 16th overall in 2015.

One of the Oilers’ main deficiencies lies in the back end, as despite Darnell Nurse and Oscar Klefbom, Edmonton does not retain a ton of budding NHL prospects. As a result, adding defenceman Thomas Chabot of the Saint John Sea Dogs would do wonders in building a strong, young defensive core.

Chabot is a 6 foot 2, 180 pound left shot defenseman who recently completed his second season in the QMJHL. In this past season, Chabot nearly doubled his offensive output from his rookie season, scoring 12 goals and 41 points in 66 games.

Check out this draft profile for Thomas Chabot: 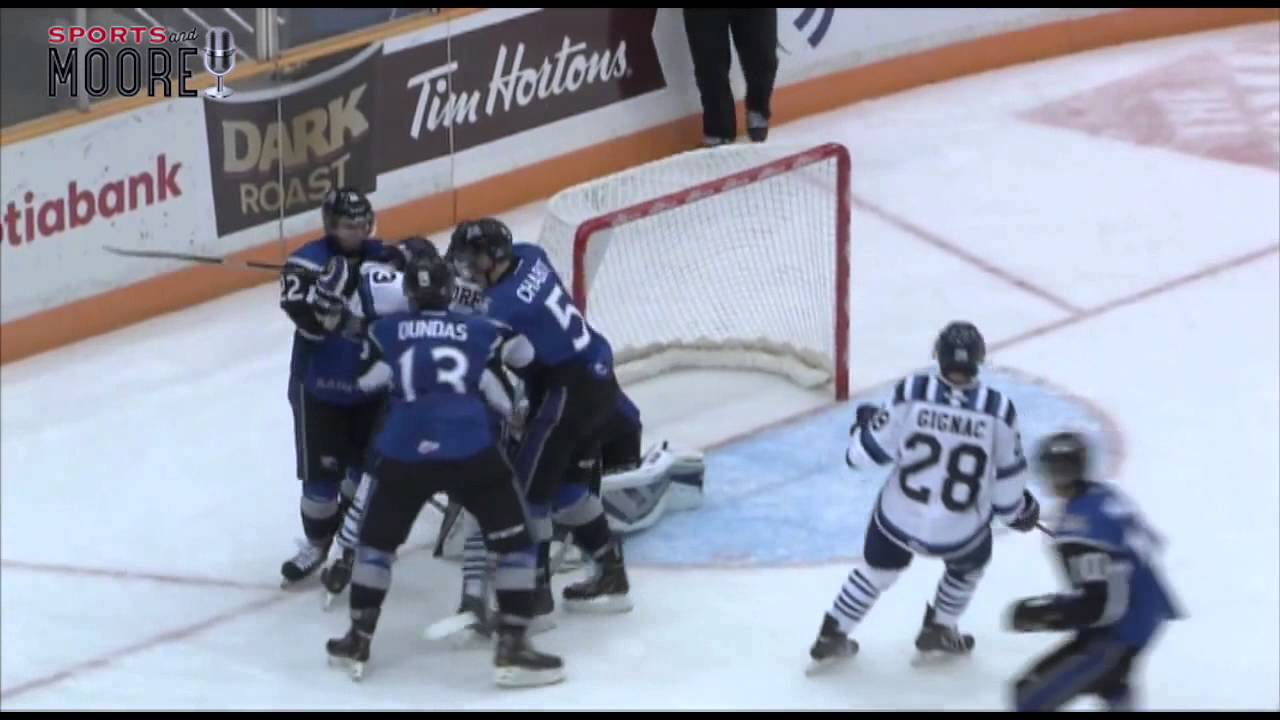 Known for his strong, crisp passes, Chabot moves the puck well to his teammates and has the ability to distribute the puck throughout the ice with authority. Another facet of Thomas’ game is his skating, which is exceptional largely in part to his explosive strides. Although he does record a significant amount of points for a defenseman, Chabot’s shot is largely average, however he creates offense with his ability to put the puck on net on a consistent basis.

One aspect of the game which still requires improvement is Thomas’ play in his own end. Often focused on producing offense, Chabot has a tendency to play too aggressively in the offensive end, a habit which has led to defensive breakdowns in which Thomas is largely at fault.

However, Chabot is a strong, puck moving defenseman who would be a strong addition to the Oilers’ young and developing defensive core.

Another weakness of the Edmonton Oilers is their lack of size, especially up front. Adding Paul Bittner would immediately address this issue, as Bittner brings size and skill to the rink night in and night out.

At 6 foot 4, 205 pounds, Paul Bittner is an imposing force who recently completed his third WHL season with the Portland Winterhawks. In this past season, Bittner set a new career high in goals with 37 and in points with 71 in 66 games. 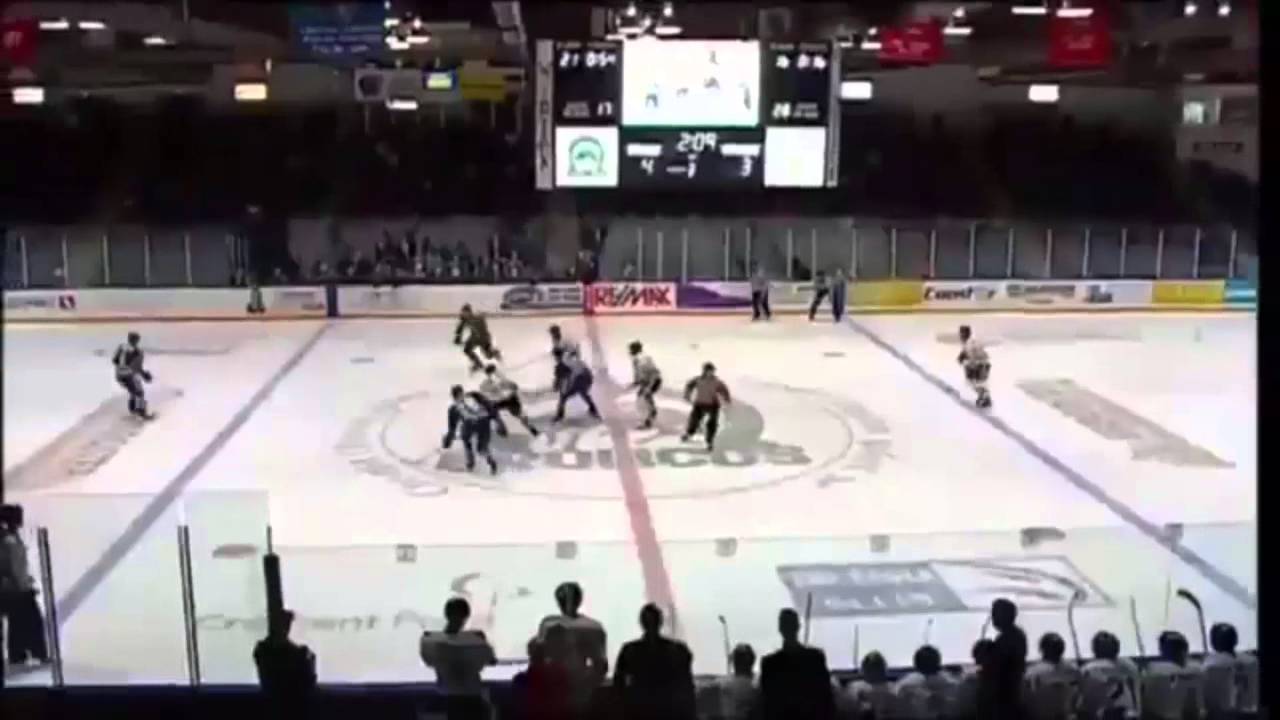 Although he is a bigger body, Bittner has good speed and agility, using his size and speed to push back defenders and create room for offensive plays to develop.

A big winger with a heavy shot, Bittner has the potential to be a dominating and imposing player at both ends of the ice, qualities which the Oilers have long sought after.

A defenseman, Brandon Carlo could address two Oiler deficiencies at once, as Carlo brings tremendous size and is also a solid force on the back end.

A massive 6 foot 5, 200 pounds, Carlo recently completed his second season with the Tri-City Americans of the WHL. In his second season, Carlo set a new career high with four goals and 25 points in 63 games.

Check out this brief video of Carlo at the WHL combine:

Unlike Chabot or Bittner, Carlo is known for his sound defensive presence on the back end, rather than for his ability to produce offensively.

Despite his size, Carlo is a tremendous skater who has a strong stride and great mobility. Due to his strong skating, Carlo often looks to jump into the rush and contribute with his hard shot. A huge minute eater, Brandon is a mean, feisty player who isn’t afraid to mix it up or even drop the gloves.

Due to his immense size, Carlo has been regarded by many as nearly NHL ready.