After a week of on-ice practices focused on skill development, and off ice activities including a pep talk from Dallas Cowboys quarterback Tony Romo, the Stars finished camp with a scrimmage. Forward Remi Elie and defenseman Julius Honka were clearly the most impressive prospects at this year’s development camp.

Elie, 6’1, 205, was the Stars second round pick (40th overall) in 2013. He split the 2014-15 season playing for the Belleville Bulls and Erie Otters. His stats were 63ga 30g 46a plus 27. While at Erie, Elie 20, from Green Valley, Ontario, played with 2015 first overall draft pick Connor McDavid. He’s played the past three seasons in the Ontario Hockey League. He is expected to play for the Texas Stars this season.

“Elie is an interesting player. He’s a very good skater who has a physical
edge to his game and can make opponents uncomfortable. I think he could
be a nice fit with a player like Spezza who holds the puck well and will
get it to his wingers. Elie compliments players like Spezza because of
his work along the boards, in the corners and in the combat zones. He
needs time in my opinion but I like what he brings.”

Honka, 5’11, 185, was the Stars first round pick (14th overall) in 2014. He turned 19
last December. The diminutive Finnish defenseman spent 2014-15 with the
Texas Stars. His stats were 68ga 8g 23a minus 10. Honka dazzled Stars fans at the development camp scrimmage by scoring a “between the legs” shootout goal. Honka is expected to play for the Texas Stars again this season.

“Honka is never going to be big. You have to look at this coming season as
essentially his first pro season with respect to physical maturity. He
could have played junior last year. He’s elusive and physical prowess is
never going to be an area of his strength but the dynamic skills &
capabilities he has will allow him to be a factor from the blue line.”

Also having a strong week were veteran development camp forwards Gemel Smith, Jason Dickinson and Finnish defenseman Miro Karjalainen. Smith scored a couple of goals from in close during the scrimmage. Full video of the scrimmage (by Stars reporter Mark Stepneski). 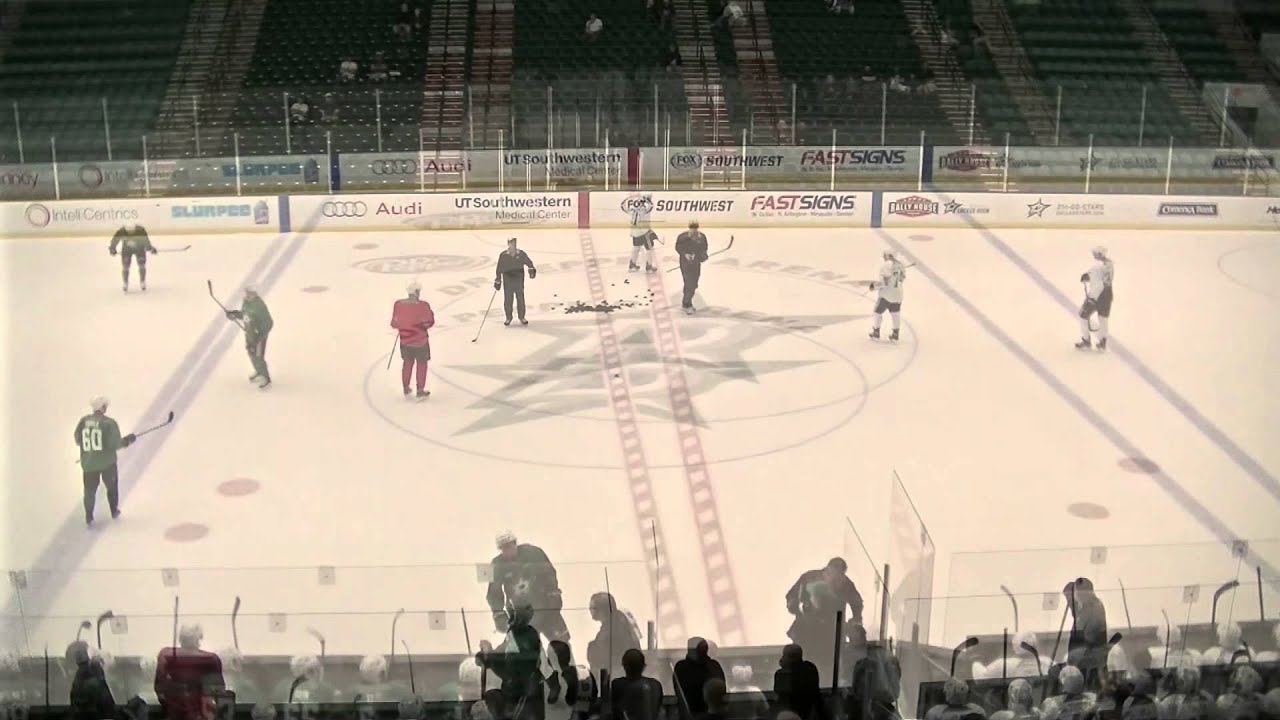 South Korean national team coach Jim Paek asked friend Jim Nill if it would be possible to send a few of his players to the camp. Nill was happy to oblige. Forward Jinhui Ahn, defenseman Wonjun Kim and goaltender Kye Hoon Park not only didn’t look out-of-place, but Ahn in particular wowed the development camp crowd during the shootout session.