When the NHL owners and players emerged from their meetings Tuesday night there was a sense that some real, productive progress was made in somehow getting a new CBA signed, sealed and delivered.

After some shaky meetings Wednesday night, the NHLPA presented the NHL with a new proposal Thursday, which of course the NHL rejected. This time the NHL chose to deliver the bad news via a voice mail! As rude as the voice mail was, at least Bettman didn’t send the message by smoke signal!

With the two sides still unable to agree on a new CBA, both Bettman and NHLPA executive director Donald Fehr made their way to the podium. This time Bettman was noticeably agitated, stating that he was “disappointed beyond belief that we (NHL/NHLPA) are where we are tonight.” In a somewhat puzzling statement, Fehr lamented that he felt the two sides are “very close if not on top of one another in connection with most of the major issues.”

Make no  mistake about it, the mood at Thursdays press conference was the polar opposite of Wednesdays non-press conference where Bettman simply lamented that he was pleased with the process and had nothing further to say. Bettman was clearly frustrated and angered with the recent developments— perhaps the most angered we have ever seen Bettman. Meanwhile, Fehr presented tBettmhe situation with a positive spin, although he still came off as rather smug and emotionally detached.

And so, the ping-pong match continues. This fiasco now has both sides not even able to agree on whether or not they are close on the issues. I mean, how can Bettman come out of the meetings in a state of total frustration and anger, while Fehr’s statement leads us to believe that the two sides are close to a deal?

The owners are said to have agreed to raise their original offer of $211 million towards making good on the “make whole” provision to $300 million. The owners, who clearly felt this was a huge concession on their part, are said to have been insulted by the players reaction to this concession, which was presumably to not acknowledge the offer as a big deal.

The NHL and NHLPA are also said to be miles apart in terms of the length of the new CBA. The owners want the CBA to last ten years, the players are looking for a five or six year agreement.

“The owners wanted to do something bold,” Bettman said of the owners $300 million offer. “They put a new $100 million on the table Wednesday night to show we want to play as soon as possible. The players’ response was shockingly silent and the owners were beside themselves. Some of them I’ve never seen so emotional and they told me the process is over.”

Again, Tuesday night everything seemed to be going in the right direction. Clearly, a lot has changed over the past 48 hours, a view backed up by Toronto Maple Leaf Sport and Entertainment NHL Govenor and Chairman Larry Tanenbaum, who sat in on the recent player/owner meetings.

“I was pleased to be asked to join the Player/Owner negotiation sessions. I had hoped that my perspective both as a businessman and as one of the owners of the Toronto Maple Leafs would be helpful to the process. Like all other teams, this work stoppage has hurt our fans, our employees and our business. Neither the owners nor the players will ever recover the losses incurred with this work stoppage.

I understand how important it is to have a strong league and 30 healthy teams. I must admit that I was shocked at how things have played out over the last 48 hours. The sessions on Tuesday felt cooperative with an air of goodwill. I was optimistic and conveyed my optimism to the Board of Governors at our Wednesday meeting. However, when we reconvened with the players on Wednesday afternoon, it was like someone had thrown a switch. The atmosphere had completely changed. Nevertheless, the owners tried to push forward and made a number of concessions and proposals, which were not well-received. I question whether the union is interested in making an agreement.

I am very disappointed and disillusioned. Had I not experienced this process myself, I might not have believed it. Like all hockey fans, I am hopeful this situation can be resolved as soon as possible. I miss our game.”

Insightful words from a man that had a front row seat for the players/owners meetings— too bad none of those words were encouraging.

At the conclusion of Thursday night’s press conference it was very clear that the NHL and NHLPA are still knee deep in a pissing contest that once again has the fans second guessing the possibility of a season ever commencing.

Meanwhile, television networks looking to renew sponsorship contracts are in a state of flux, the fans continue to be held hostage by the lack of an agreement and the NHL and its players are getting lambasted on just about every sports broadcast for their shenanigans.

Given the lack of a deal, both the NHL and NHLPA seem content to continue their posturing right through to the new year. Should This happen it will leave both sides dangerously close to having to cancel the season entirely. It is widely believed that the drop dead date for a new agreement to be signed is January 15th and with no meetings scheduled beyond Thursday, there is no urgency in this the most critical of times, which may very well leave the fans without NHL hockey this winter.

While the owners and players continue to argue over billions of dollars, one wonders just how much damage has been done in terms of future fan support. Will, the fans come back, or stay away? When and if the fans do come back, will it be en mass, or will they come back slowly? And, just how many fans will stay away for good knowing damn well that they will have to endure yet another lockout after the next CBA expires? 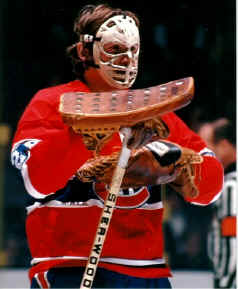 Legendary NHL goaltender Ken Dryden wrote an article in the Globe and Mail where he states that pride is what is holding both sides back from making a deal. Dryden ends the article with a hint of optimism stating “There will be a season because there can’t not be a season.”

As much as we all want to believe Dryden’s words, there is plenty of pessimism throughout the hockey world, and with good reason.

Throughout this process both the owners and players have taken their fair share of hits from the fans and media. To Dryden’s point, neither side wants to come out of this process labelled as the “loser”. That said, the players have known all along that they were going to lose this battle; it was only a question of how much they would lose by that was ever really in question.

Don’t get me wrong, the fans do not want to see the players sell their souls in order to bring hockey back, nor do they want to have to continue to debate the validity of keeping the financially struggling teams in the league.

A new CBA has to work for both sides. Simply put, if one side truly emerges as the clear cut “winner” everybody loses. The only way to win is to win together. In order for that to happen the NHL and NHLPA will have to move closer to a true partnership with both sides making concessions.

In the end, if an agreement is reached the fans will not care about what the owners gained or what the players lost. The fans simply want NHL hockey, nothing more, and nothing less.

So, where do we go from here?

Fehr stated that he believes the two sides had a “complete agreement on dollars.” Unfortunately, Bettman vehemently opposed Fehr’s views calling them “terribly unfair to the fans and unfair to this process.”

So, who do we believe? Are both sides simply posturing in order to garner a few more concessions from the other side? Are the two sides still speaking different languages, one side seeing hope, while the other sees there being a lot of work yet to be done? Which side is telling the truth? Are both the NHL and NHLPA just feeding the media what they want them to hear? Does anyone really know what the heck is going on?

Only time will give us the answers we so desperately crave. But for now, the emotional frenzy shall continue…