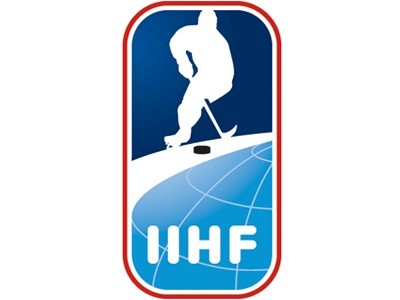 Kings’ season ended earlier than the Kings and their fans had hoped it would. They were eliminated from playoff contention by the Calgary Flames on April 9th. This set up a lackluster finish to the season against the San Jose Sharks two days later.

That final game of the ’14-’15 season sent the Kings on their respective paths home for their summer vacations, the team’s first extended summer in five years. While some Kings will have already begun to use this time to recoup and recharge their batteries for next season, other Kings didn’t pass up the opportunity to play more hockey. Six Kings traveled across The Pond to represent their country at the 2015 IIHF World Championships.

Now with four games played by each King and their respective nation, lets take a look and see how they are doing.

Three Kings got the call to represent Canada at this year’s World Championships. Tyler Toffoli, Jake Muzzin and Martin Jones all got a call from Hockey Canada and all three accepted the opportunity to dawn the red and black. For all three of the Kings it is the first time they have played at the senior level of the World Championships.

Toffoli has notched two goals and four points for the Canadians while grabbing a plus five rating in the process. Muzzin has yet to find the back of the net but has two helpers up to this point. Jones has been between the pipes for only one game where he pitched a 17 save shutout against Germany.

All three have played a role in Canada’s march to a 4-0-0-0 record and a spot atop the Group A bracket.

Team USA started off the tournament on a high, winning their first three games. After a 4-2 win over Russia most had the Americans as the Group B powerhouse. But Belarus upset the United States the very next game and beat the Americans 5-2.

Trevor Lewis is the lone Kings representative on the United States’ roster. Lewis has been a force for the Americans through four games, where he has tallied two goals and four points.

Anze Kopitar and team Slovenia have had the least eventful tournament so far. After being outscored 16-6 in four games the Slovenians have moved to a 0-0-0-4 record. Much like the overall team, Kopitar has not had the best tournament. Kopitar has only recorded one goal and one assist with a minus four rating through four games.

Marian Gaborik is very much the leader on team Slovakia, he has appeared in eight different IIHF Tournaments at the senior level dating back to the 2001 season.  However, team Slovakia has gotten off to a slow start and has a 1-2-0-1 record so far. Slovakia’s only win came against Kopitar and Slovenia. Gaborik’s only two goals in the tournament came during that game as Slovakia beat Slovenia 3-1.

All four teams have three games remaining. Team USA faces off against Denmark, Slovenia and Slovakia. The Canadians will be put against the French, Suisse and Austrians. Kopitar and the Slovenians will face the Norwegians, Americans and Danish. The Slovaks will finish their preliminary play against the Finnish, Russians and Americans.

There are four days of hockey remaining in the preliminary round. We’ll check back in on the Kings Across the Pond when the opening round is over and we know who is moving on.