Three Takes is a weekly feature that explores the world of the Columbus Blue Jackets and offers strong insights into the team and what to watch for. Have a strong take to share? Feel free to leave your comments below or tweet me anytime @THWMark.

Take One: Be Dominant Against Someone

When looking at the four playoff teams from the Metropolitan division, the Rangers, Capitals, Islanders, and Penguins, one thing stands out.

The Capitals and Penguins were both 16-4-4 against the Atlantic.

The Islanders were 21-6-3 against the Metro.

The Columbus Blue Jackets finished with a winning record, but were not particularly dominate against any division. They finished 15-11-4 against the Metro, 11-12-1 against the Atlantic, and 8-6 against both western divisions.

The four playoff teams separated themselves by dominance.

If the Blue Jackets hope to break through and return to the playoffs, they must find an area of dominance, preferably against their own division. If you have hopes of winning a gauntlet of a division, you must beat the teams you are fighting against. Since those games are potential four point games, it is that much more important to have success against those teams.

Whoever has the most success within the division likely wins it.

This was an ugly stat for the Blue Jackets. Let’s put this into perspective.

The Rangers, Capitals, Islanders, and Penguins all finished better than 15th in shots allowed. The Blue Jackets finished 28th in that category. To illustrate how much separation this is, the Blue Jackets gave up 324 more shots than the Rangers, who finished 14th.

As a result, the Blue Jackets gave up the most goals in the Metro, and it wasn’t close. If they want to make the playoffs, the Blue Jackets must limit their opponent’s opportunities. Seems like an obvious statement. However, this needs to drastically improve.

Many will point out that this is all due to injuries. That’s not necessarily true. Even when players started to come back, shots were still given up at an alarming rate. Right now, the Blue Jackets are planning on starting the same defensive core they had last year, with one notable exception, Ryan Murray. 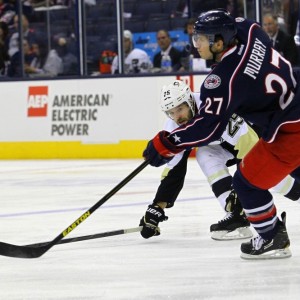 Ryan Murray’s season will go a long way in determining the success of the Blue Jackets. (Rob Leifheit-USA TODAY Sports)

Murray is the most important skater for the Blue Jackets this season. Among the many things he is good at is shot suppression. He is also good at making his linemates better. A full season of Murray is paramount to the success of the Blue Jackets. Even going from 33 shots/game to 30 shots/games will dramatically improve their chances of the playoffs. A repeat of last season will doom the team.

This trend must continue if the Blue Jackets want to win the Metro.

This starts with goaltender Sergei Bobrovsky. There aren’t many goaltenders in the league you’d rather have late in a game. Bobrovsky is one of the best closers out there, as their one-goal game record indicates. The key is getting a lead. 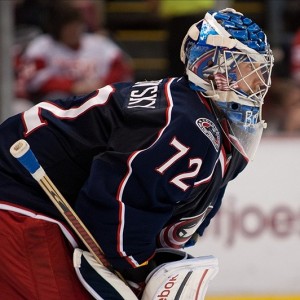 The Blue Jackets must start fast, and keep the pressure on for 60 minutes. Two things killed the Blue Jackets last season; slow starts and goals against after scoring a goal. If they play their system and keep it simple, they will successfully grind out the victories needed to make the playoffs.

The Blue Jackets have a target on them coming into the season. Nobody will take them for granted anymore. They will have to grind out wins even when they’re not at their best. Their success at this will determine the fate of the 2015-2016 season. It could mean their first division title in team history.