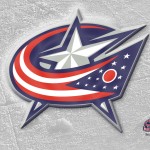 During the NHL off-season, players take part in exercise programs and hobbies such as golf while the upcoming season approaches.  For teams and their management, the work never really stops.  This past two weeks especially have been a busy time for the Columbus Blue Jackets and just about every NHL team.  With the NHL Entry Draft out of the way, the focus has been free-agency which opened up on July 1st.  While teams and agents scramble to make deals and find the players in question the right home, the market for trades opens up as well.  Columbus, who is coming off of a very disappointing campaign, are one of the teams with a lot of improving to do this summer.

After a solid outing in the Draft, and a trade that solidified their goaltending, the Blue Jackets had an equally busy following week.  One thing that often gets overlooked is the importance of team’s partners/sponsors.  June 29th, the Blue Jackets renewed an important, long standing partnership with Time Warner Cable.  Time Warner Cable and Columbus have been working together since the Blue Jackets entered the NHL.  Now with the  extension, Columbus’ off ice situation is further solidified.  Among the things the the company will sponsor for the upcoming season are goal instant replays, the starting lineup, the teams website, and much more.

Now back too the moves that will effect the team on the ice.  Columbus re-signed defensemen Nikita Nikitin and Nick

Holden , along with tough guy Jarred Boll.  Nikitin, 26, solidified himself as a solid NHL blue liner last season after being traded to the Jackets from the St. Louis Blues.  the native of Omsk, Russia is set to make $4.3 million over the next two seasons under his new deal.  Holden, a native of St. Albert, Alberta Canada, missed most of last season do to injuries.  He was able to rack up nine points in 25 games with the Jackets’ AHL affiliate Springfield Falcons last season after making his NHL debut with Columbus the season before.   Boll has been a solid fixture with the Jackets for the past five seasons, and will continue to be with his new two year, $2.1 million contract.  Last season, the North Carolina native racked up a 126 penalty minutes.

The Bobrovsky trade was not the only move made by Scott Howson and company recently.  On July 1st, Columbus sent blue liner Marc Methot to the Ottawa Senators for Nick Foligno.  Foligno, 26, is a restricted free-agent.  The native of Buffalo, New York has been a solid contributor for Ottowa as he has tallied  148 points in 351 career NHL games.

Now to the free agents that the Blue Jackets have brought in so far.  The team took another step to solidify the goaltending situation by signing Curtis McElhinney.  McElhinney will most likely end up with the teams AHL affiliate, and is capable of filling on the big club’s roster as he has seen NHL experience with the Calgary Flames, the Ottawa Senators, and Anaheim Ducks.  Another signing by the team was Jonathan Audy-Marchessault who played last season in the AHL with the Connecticut Whale after a junior career that saw him spend four seasons with the Quebec Remparts.  Columbus’ biggest addition so far in free agency is defeseman Adrian Aucoin.  The veteran signed a one year deal with the team and will further solidify the defensive core when the 2012-2013 season starts.  With Aucoin, the Jackets blue line is shaping up to be solid in front of their young goaltenders.

What remains to be seen is what Columbus will do next.  What parts of the roster does the teams coaching and management still feel needs to be solidified?  Who will they target to solidify these positions? Do not forget about the biggest question mark surrounding the Blue Jackets off-season, what will become of Rick Nash?  It is clear that Columbus is headed in the right direction this off-season, but will they continue down the right path and how will it translate when the season starts this Fall?

1 thought on “After a Busy Week, Columbus Still Has Work To Do”