His skill level has never been in question, in fact, he was touted as the best American-born player pretty much from the word go.  Kane has done very little to dispel that assumption; Instead, he has continued to pile on insane highlight reel goals, stunning assists and takeaways, and a mountain of wins that most players wouldn’t even dream of attaining in their entire career, let alone before they turn 28 years old.

This season, Kane has taken his game to a new level.

Corey Crawford on Patrick Kane: "He could be the best American player of all time. He’s still young." #Blackhawks

The Evolution of Showtime

So many people are wondering what has clicked for Kane to take his game to such new heights.  Did it happen overnight? No. It has been a progressive change that has really picked up over the last few years, but what has clicked for Kane is a pair of new linemates in Artemi Panarin and Artem Anisimov.  Both of whom happen to accentuate everything that the winger does so well.  It is as if Kane and his line has been put under a magnifying glass and dosed up to the 100th power.

There have also been a number of little changes that Kane has implemented over the years that have made him a much more unpredictable threat from anywhere on the ice. For starters, in his first couple of seasons, it was rare that Kane ventured too far in after pucks.  His two-way game was not exactly the top priority, but over the years he has adapted, and his defensive game has evolved.

As you so often hear if you listen to Eddie Olczyk and Pat Foley, good defense leads to good offense.  If you stay in on plays, pucks tend to find their way to your stick.  The more the puck is on Kane’s tape, the more scoring chances he’s going to get or create. Another key change is something that he learned alongside players like Marian Hossa and Patrick Sharp, a pair of true snipers.  You have to shoot the puck.  It is great to make plays and create chances, but too often you see one pass too many, and the play evaporates with the puck moving to the other end of the ice.

It took Kane some time to start adopting the shoot first mentality, but it has caught fire in the last few years and Kane and has reaped the rewards.  Not only has that created a lot of top notch scoring chances for Kane, but it allows for a lot of re-directions and loose pucks for his linemates as well, because Kane is rarely far off the mark.  Of course, there are people out there who might deem this selfish play, but there has been no shortage of incredible helpers from Kane that resulted in pucks hitting the back of the net.

The change in Kane’s MO has simply made it harder for defenders to predict where Kane might be going.  Does he pass the puck to a linemate, or hold on and shoot the puck? Maybe he’ll do a quick drive by, and drop the puck back with a no-look pass for Teuvo Teravainen or Artemi Panarin, or rip one back to the point for  Duncan Keith.  Then again, he could just throw one off the side boards to himself, and rifle a top-shelf wrister through a line of baffled defenders.  If a defender has no idea where he’s going with the puck, Kane is nearly impossible to defend.

Tonight, Kane extended his point streak to 19 games at 11:01 into the first period against the Los Angeles Kings, which is a new record for American-born players. For the entire first period, Kane appeared to have a magnetic pull towards the puck. It just found him, everywhere he went.  The puck had dropped into the corner off a Brent Seabrook blast and floated back to Keith up the middle. Kane slipped in front, between the defenders and practically willed the puck to come off Keith’s stick to land on his tape.  It rolled and bounced, but Kane was never in doubt about where that puck was going to end up.  He had Jonathan Quick on missile lock, and he knew that puck was going to go in, and it did. High glove side.

Kane will look to extend his streak on December 1st against the Minnesota Wild, who the Blackhawks have just passed up to take the third spot in the central division.  He is two games away from tying Bobby Hull for the Chicago Blackhawks record at 21, but he remains a long ways off the overall streak.  That record belongs to ‘the Great One,’ Wayne Gretzky at 51 games, and that is a record that may never be broken.

Per @EliasSports: With a goal, @88PKane posted the longest point streak in NHL history by an American-born player. pic.twitter.com/cl2L04J5Tr

There have been few American born players that have had such a steady and immediate impact on the game of hockey, or the team that they play for.  Kane has clearly made his mark with the Hawks, and there isn’t a player, goalie, coach or fan that doesn’t know who he is, or the threat he poses every time he steps onto the ice.  Here is a look back at few of my favorite Patrick Kane goals throughout his career.  Feel free to share your favorites with me on Twitter!

Patrick Kane scores in his 19th straight game to set a new American-record.

Patrick Kane pulls out the deke and dangle in a shoot out against Niklas Backstrom.

Patrick Kane retrieves the puck in behind the net and dishes a no look pass to Teuvo Teravainen for a goal.

Patrick Kane executes a perfect spin-o-rama in the Blackhawks rout over the Dallas Stars. 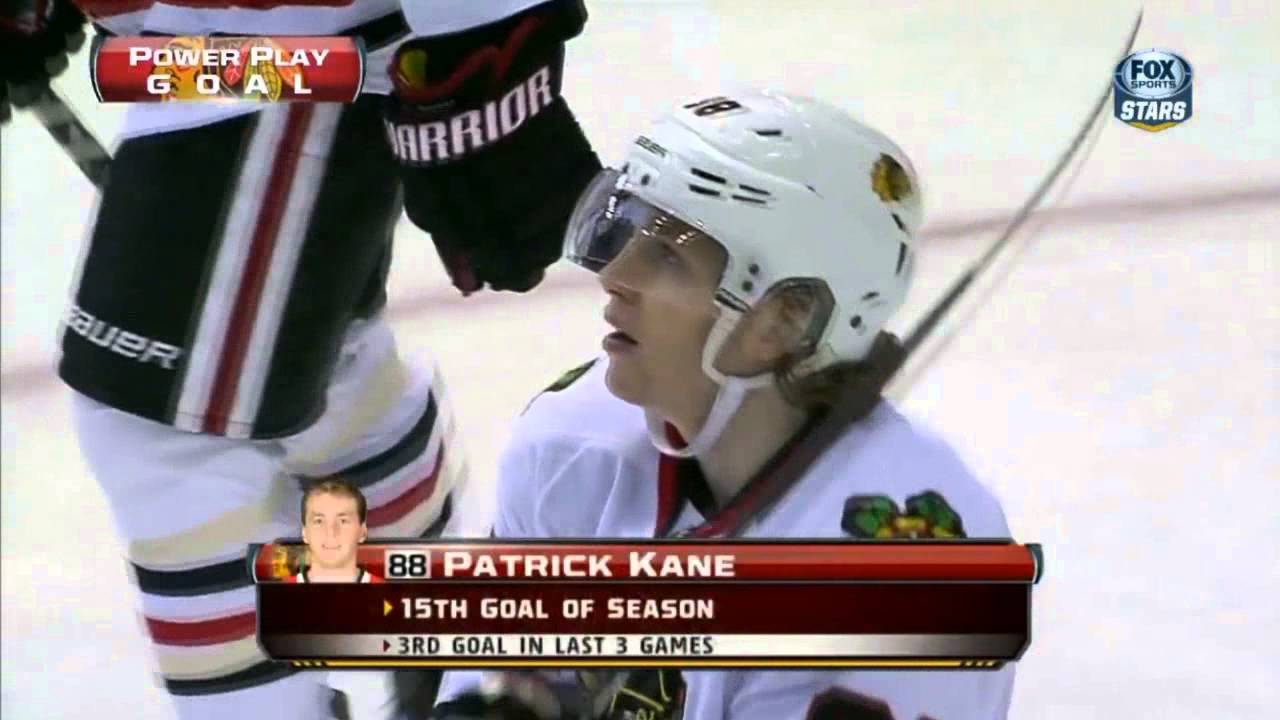 The Deke On A Wandering Netminder 03/10/13 vs. Edmonton Oilers

Devan Dubnyk wanders away from his net and Patrick Kane makes him pay in embarrassing fashion.

Saving the best for last, Patrick Kane fires a shot that no one sees hit the back of the net, except Kane himself. 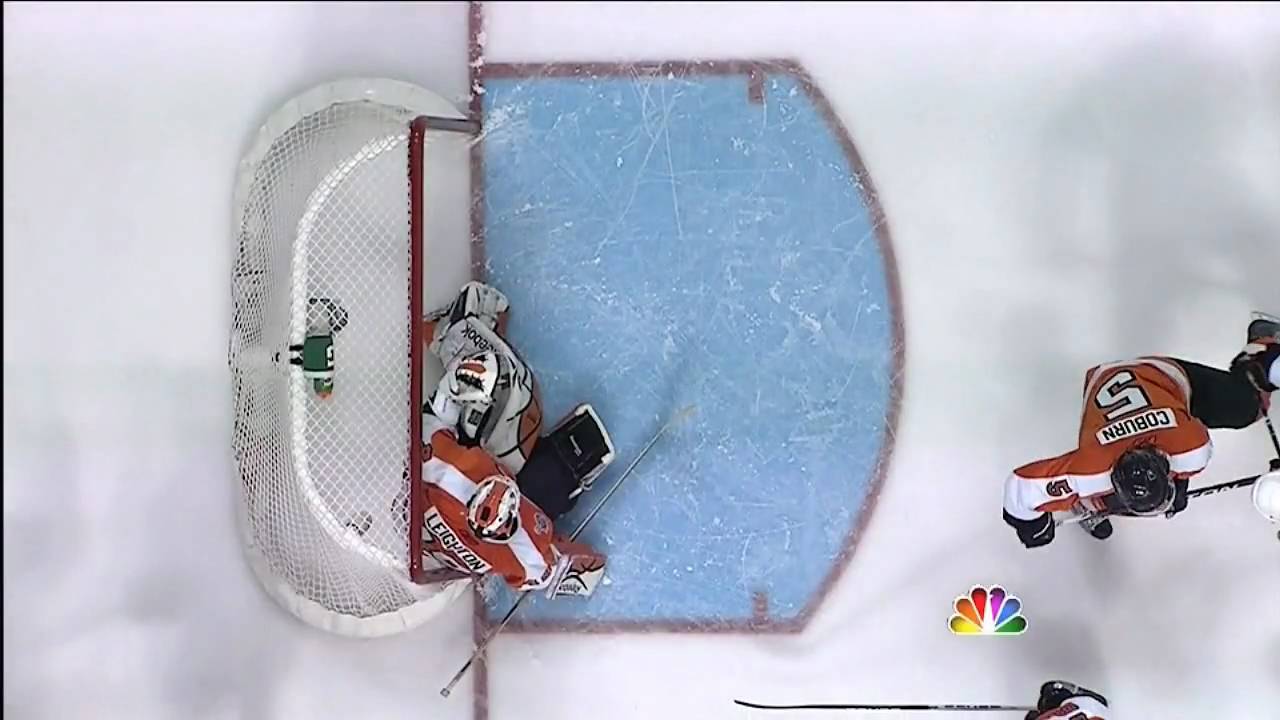