In sports, toughness is something that is desired in an athlete. However, the definition of toughness can be broad as it varies with each person, one could regard toughness as a physical attribute while another sees it as something mental. It could also be a combination of both aspects. In recent years, the Montreal Canadiens have been called soft due to their lack of size and the fact they aren’t the most ‘in your face’ squad in the league. Last year’s season-long meltdown only added fuel to that fire. With the additions of Shea Weber, Andrew Shaw and Alexander Radulov this summer, Habs general manager Marc Bergevin made his team tougher to play against. Are the Habs finally tough enough?

The Definition of Tough

The Merriam-Webster dictionary defines tough as something very difficult to do or deal with and being physically and emotionally strong. Some think a face-punching enforcer is the picture of toughness while others will cite a person who is mentally strong and can handle different challenges in extraordinary circumstances. When looking at Montreal’s roster, some fit into the physically imposing category while one player excels mentally. Bergevin and head coach Michel Therrien, in particular, have a soft spot for players who bring grit and physical play to the table.

As much as the NHL has moved away from having enforcers, teams still like to employ a physical presence on their rosters to give them an edge as well as for protection. In the traditional sense, Shea Weber is considered tough physically. His size and ability to deliver bone crushing hits make him an intimidating force. Opponents don’t want to battle Weber or stand in front of his lethal slap shot. His no-nonsense attitude is a deterrent for opponents who would take cheap shots at his teammates. With players frequently crashing Carey Price’s crease to get him off his game, Weber will be there to ensure that doesn’t happen.

Habs prospect Michael McCarron falls into this category as well. McCarron’s 6’6″ frame and physicality stood out during his stint with the Habs last season. When opponents attempted to push Montreal around in a scrum, McCarron would skate over and it would break up. Despite being a rookie, his presence was notable and opposing teams were less likely to start trouble when McCarron was on the ice.

Brendan Gallagher and Andrew Shaw lack the big frames and intimidating presences of Weber and McCarron but they make up for it by being tough to play against. They assert themselves by engaging with the opposition as they push, slash and hack with the best of them. They frustrate rather than scare opponents. 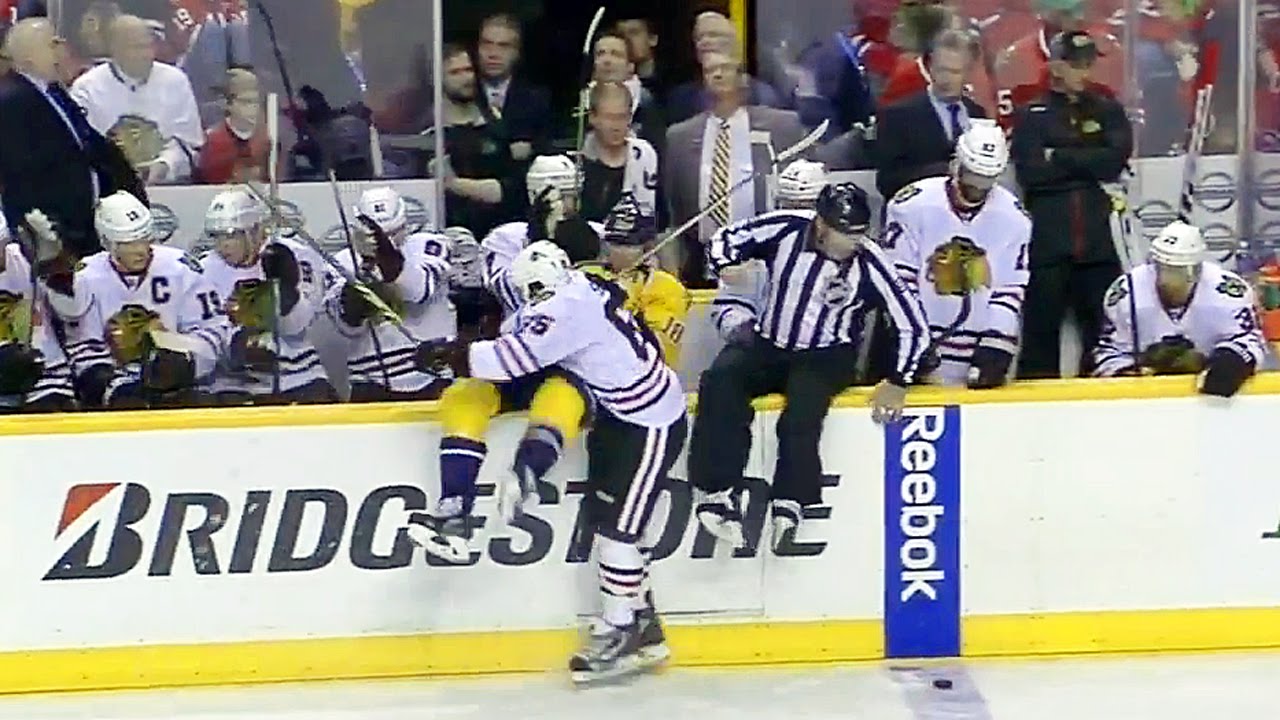 When it comes to mental toughness, it’s pretty hard to beat Price. Price is one of few goalies who gets into players’ heads because when he is at the top of his game, he is next to impossible to beat. Price isn’t Ron Hextall or Billy Smith in the sense that he will go after players around him by pushing and slashing them. His combination of skill and poise is enough to frustrate players. Players start to hold their sticks a little tighter to try and find the perfect shot to beat Price and most of the time it ends with players looking down or to the sky wondering how the heck Price stopped it. Teams build their game plans against Montreal on how to beat Price as he intimidates by being calm, cool and collected.

Being mentally tough goes a long way especially during the playoffs, where even the Stanley Cup champions face adversity. The Chicago Blackhawks aren’t going to beat teams based on physicality but their skill intimidates as well their ability to come back and beat teams. On the other hand, the Los Angeles Kings had the size and physicality when they cruised to their first Cup win but in 2014, they showed an incredible amount of mental toughness as they faced elimination seven times but won three game sevens en route to their second championship.

In hockey, especially the modern era, it isn’t necessarily about how many hits you dole out or how hard you punch someone in the face. What matters is how a player responds to a challenge and as a collective group, Montreal failed to do that last year. Without Price, the team crumbled and never recovered. Physically, the Habs won’t get pushed around as easily this year but this team has to step up mentally. They can’t fall apart if Price isn’t there to clean up the mess or simply wait for Gallagher or Shaw to always be the ones to wake up the team. If Montreal wants to be a contender, they have to mentally embrace being one and act like it.