BOCA RATON, Fla. — John Chayka has a depth chart in his office to help him plan for when the injury bug inevitably bites.

The general manager of the Arizona Coyotes just never expected to have this many moving pieces in one season.

But despite missing as many nine regulars at one point and ranking near the top of the NHL in man games lost to injury, Arizona has hung tough in the Western Conference playoff chase.

“It’s a special group, to be honest with you,” Chayka said at this week’s GM meetings. “It’s not only the number of games we’ve lost, it’s the quality of the players in their core positions.” 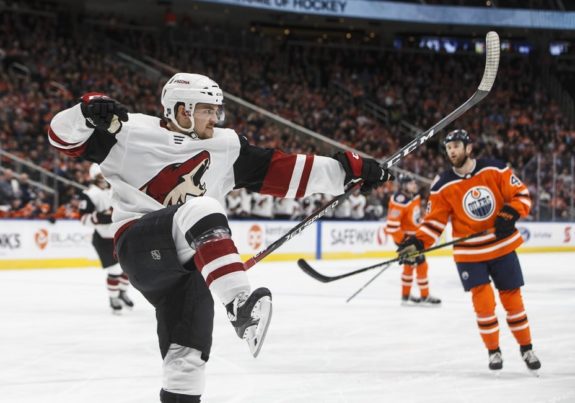 At one point, Raanta, Kuemper, Demers, Chychrun, Connauton, Schmaltz, Dvorak, Grabner and Richardson were all on the shelf at the same time.

Through it all, the Coyotes somehow sat only three points back of the West’s second wild-card spot ahead of Thursday’s home tilt with the Calgary Flames.

“You try to plan for a lot of things going into the season,” said Chayka, whose team has lost more than 320 man games to injury. “We never do that with nine players.”

The loss of Schmaltz, who had five goals and nine assists in 17 outings with the Coyotes, was especially frustrating after the trade that brought him over from the Chicago Blackhawks for fellow former first-round picks Dylan Strome and Brendan Perlini in November. 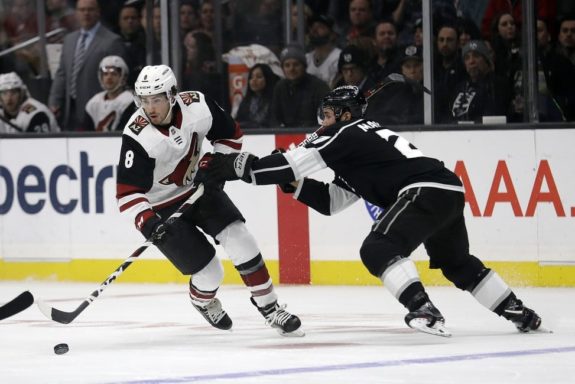 “He’d be a key piece for us right now,” Chayka said.

But Arizona has persevered.

Arizona has been helped by the fact no team has really taken the initiative in the wild-card race — 88 or 89 points could be in the enough to get into the post-season in the West compared to the 96 or 97 it may take in the East — but Chayka said his players deserve a ton of credit.

The 29-year-old executive, who was the youngest GM in NHL history at age 26 when he was hired in 2016, pointed to head coach Rick Tochett as the biggest reason the Coyotes have stayed afloat.

“Your ultimate leader,” Chayka said. “He’s done a great job of dealing with all that and managing the storm.”

The surge should garner Tochett some votes for the Jack Adams Awards as coach of the year.

And if the Coyotes sneak into the playoffs, who knows?

“Quite frankly I don’t think he gets enough discussion or people placing emphasis on the job he’s done,” Chayka said. “We’ve got a lot of young players, we’re the lowest-budget team in the league. When you look at the quality (of talent out), it’s staggering. You can’t quantify those types of things, but he’s done it all with a smile on his face. He’s kept our guys in a good frame of mind.

Chayka also pointed to the likes Kuemper, who is 20-15-5 with .918 save percentage and a 2.55 goals-against average, and rookie winger Connor Garland (12 goals in 39 games) as players that have stepped in and helped fill the void.

“You talk about it and you can put it up on a board and say, ‘Hey if this happens, this might happen,'” Chayka said. “Now they’re getting the opportunity.”

And Chayka knows how big an opportunity this is for a desert franchise that’s experienced well-documented struggles on and off the ice, and has failed to reach the post-season since 2012.

“Our phrase is ‘Scratching and Clawing.’ And that’s what they’re doing right now,” he said. “Playing meaningful hockey … you see the crowds, you see excitement.

“We’re trying to build something here that’s sustainable. That would be a good step.”