The NHL’s first buyout window opened early Friday morning. Teams have until June 30 at 5 p.m. EDT to issue their buyouts. The Buffalo Sabres, owners of the worst record in the NHL last season, have several players who are on the buyout bubble this summer.

The prime Sabres candidates for buyouts are listed below.

The big question with Bogosian, an alternate captain and much-needed right-handed defenseman, is whether he can stay healthy. He played in only 18 games last season after suffering an injury in training camp and then another in practice in January that required hip surgery. It’s hard to know what he’s capable of because he can’t consistently stay in the lineup.

The Sabres suddenly have an influx of defensemen, albeit at varying levels of development. Adding consensus No. 1 overall draft pick Rasmus Dahlin pushes Bogosian down yet another notch. He has little trade value unless the Sabres retain some salary, which could be the case. Trading him help could help shed the final two years of dead money on the cap.

Likely Outcome: Bogosian will likely stay around for at least the upcoming season while the Sabres continue to rebuild.

With only one year left on this heavy $5 million contract, the Sabres could suck it up and wait out Moulson’s contract. Or, they could pull the trigger and buy him out. The chances of him playing for the big club are almost as minimal as the savings they’d realize.

Moulson had 46 points in 49 games last season with the AHL’s Ontario Reign, the Los Angeles Kings’ minor league affiliate to whom the Sabres loaned him last season after not clearing a roster spot for them with their own AHL affiliate.

It’s unfortunate that Moulson’s time in Buffalo will likely best be remembered for opening his home to Jack Eichel during his rookie season. He’s a down-to-earth, hard-working, personable guy. 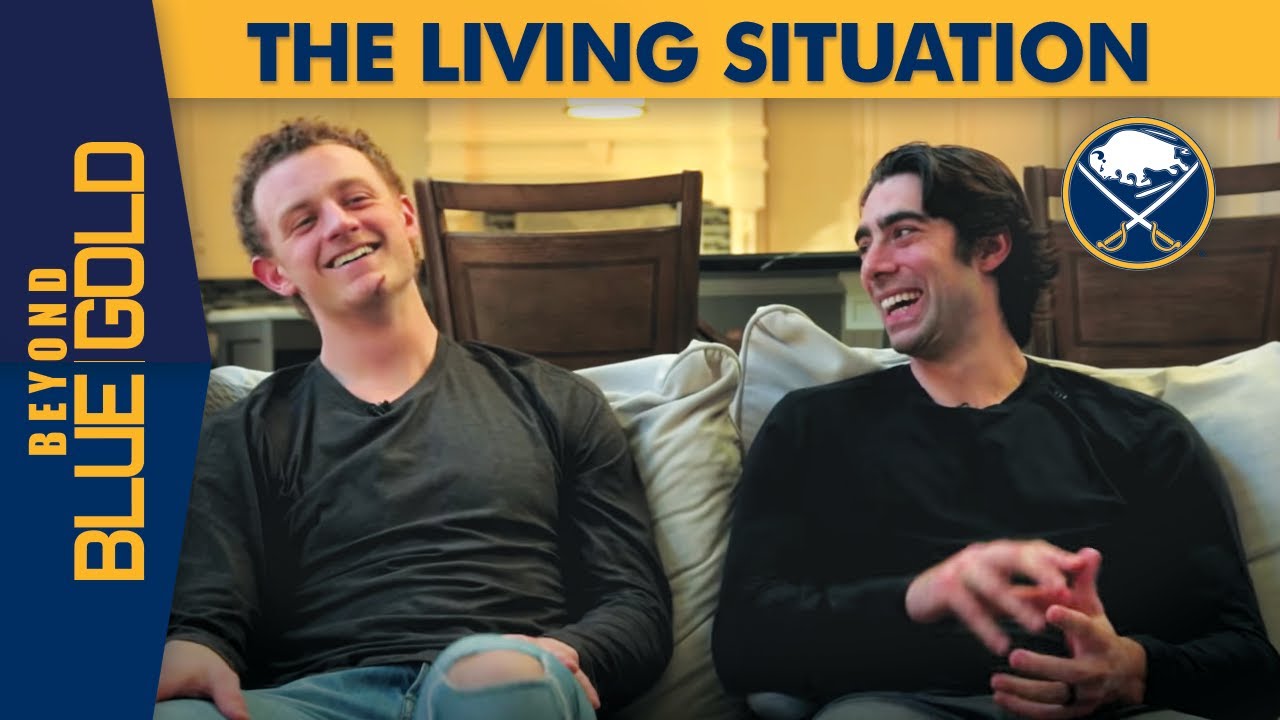 Likely Outcome: Moulson stays where he is, soaking up the sun in California, until his contract expires.

Larsson has had his moments when he’s played well, proving his value on the third or fourth line. The trouble is that it hasn’t been consistent enough. For such an insignificant cap hit, it’s tempting to set Larsson free. Or since he has little-to-no trade value, just waive him.

Likely Outcome: The prudent choice is to keep Larsson as a marginal depth player.

After coming over from the Montreal Canadiens, Beaulieu hasn’t lived up to expectations. He looked lost at times last year and was often out of position. He could be waived or bought out.

He played his way out of the Canadiens line-up because of terrible defensive gaffs. He’s done the same here.  His value is offense.  He should be sent to a minor league team as a forward and see what he can do. Without the defensive responsibilities, maybe he could be a fourth line winger.

Girgensons, a former first-round pick, has potential. His skating is decent as are his hands and his versatility in the lineup. However, he just finished another unimpressive, forgettable season. He’s managed just 49 points in 217 games over the last three seasons. By contrast, in his first two years, he put up 52 points in 131 games. It’s time to pull the plug.

The Latvian Locomotive has marginal trade value for a team needing a third- or fourth-line depth player.

Likely Outcome: Girgensons is capable of producing. He’s not. If he can’t be moved for a third- or fourth-round pick, keep him and hope he discovers his old form.

The reality is that there are really no good buyout options for the Sabres.

Just this past Friday morning, news came that Botterill is not expected to offer any buyouts.

“I don’t have any interest in doing buyouts here right now,” Botterill told The Buffalo News while declining to address specific players. “With the way some of these contracts are structured, I prefer not to have a cap hit moving forward beyond this year. As I look at it right now, I don’t see any need for a buyout.”

If any of them can be traded, Botterill should do it. Every one of these contracts, except for Bogosian’s will expire after next season. Buying players out takes them off the depth chart, giving someone who actually has a future with the team to fill that spot. It provides some instant cap relief while lengthening the burden of the contact. However, unless Botterill plans to make a run at a high-priced free agent this summer, there’s no need to kick the can down the road.

Having more cap space immediately is not a real issue. Once Josh Gorges, Benoit Pouliot, Jordan Nolan, Robin Lehner, Chad Johnson and a few others are gone, the Sabres will have more than $10 million to spend. Botterill would be crazy to drop that kind of money in free agency after finishing dead last. Patience is a virtue and Botterill has it. While he knows the fan base is tired of losing and wants to win, he’s not about to sacrifice the present for the future.

It’s possible the Sabres will compete for a playoff position next year. That said, they should plan their moves towards a push through the playoffs in the following year. In 2019-20, the Sabres will have plenty of salary cap money to spend.

Waiting a year gives some of the younger guys time to develop their game. Then, once these burdensome contracts are removed, the young guns can take over, bringing their speed, energy and excitement with them up to the Sabres.