Team USA saw their World Juniors hopes come to an end Friday after losing their quarterfinal match to Russia 3-2. The game was close and ultimately decided by a fluky goal on a bouncing shot by Sergei Tolchinski. The loss means that a potential rematch of the Connor McDavid–Jack Eichel saga has been put to bed.

Though Russia deserves a pat on the back for their performance in the game, especially after they didn’t exactly breeze through the preliminary round, part of the USA loss could also be credited to Canada.

The USA made quick work of most of their Group A counterparts only stumbling slightly in their first game against the 2014 champions, Finland, who the team defeated in a shootout. The team met the Canadians in their final game of the preliminary round after outscoring their opposition 11-1.

The 5-3 loss to Canada was the first time the team seemed to finally come across a foe that was just too much for them to handle. And after losing to, who might now be considered the tournament favourites, Canada, the wheels came off. Oddly for a USA team in this tournament this isn’t the first example of Canada taking the wind out of the sails of a squad that looked to be on their way to something special.

Last year marked Canada’s second straight fourth place finish in the tournament, but in another classic New Year’s Eve battle Canada was able to edge their bordering cousins 3-2. The Americans despite the loss moved on to the quarterfinals where once again they met the Russians who handed the team another early exit in the form of a 5-3 beating. 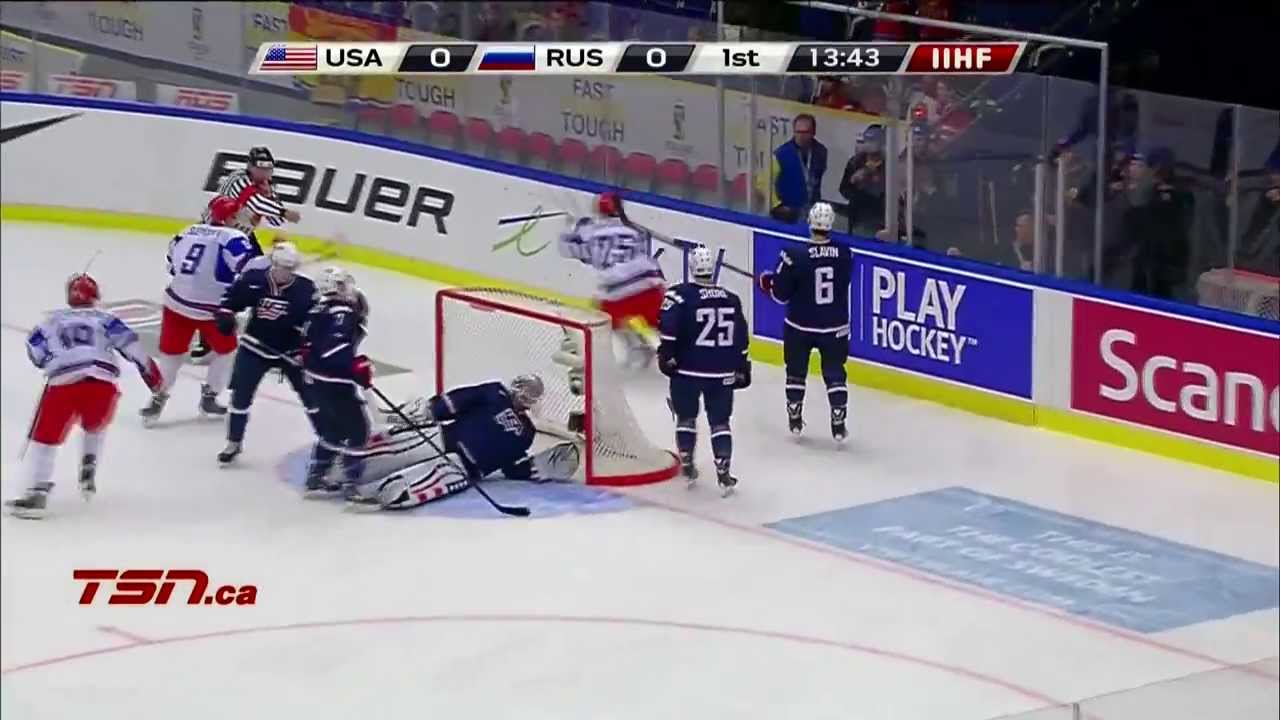 This is Nothing New

In 2009 after the 7-4 win by Canada on New Year’s Eve, where Canada marched back from an early 2-0 deficit thanks to a hattrick by John Tavares, the Americans moved on to the quarterfinals only to be upset by Slovakia 5-3. The year prior to that, the USA lost to the Canadians 4-1 in the semifinals only to then miss out on the bronze medal, losing 4-2 to Russia. And finally in 2003 Canada and the USA met again in the semifinals where Canada edged them 3-2, only for the USA to lose the following bronze medal match, this time to Finland by the same score of 3-2.

This can all be explained as simply a big coincidence, but it does seem odd that the US has failed to, on several occasions, rebound after losing to their arch rivals from the north. And though, at least in Canada, the tournament gets a ton of publicity especially when the games are between the two North American nations, the World Junior Hockey Championship is not the only international tournament where such a phenomenon has occurred.

The Worst of Them All

This past Olympic Winter Games in Sochi saw the same thing happened, in what some might say was a meltdown of much greater proportions. Entering their semi-final match, the Americans had outscored their opponents 19-6 while the Canadians had done so

going 13-3 each through four games. Though the game was very even, with Canada edging the USA in shots 37-31 and ultimately winning 1-0, thanks to a goal by Dallas Stars’ captain Jamie Benn, the lasting impact on the game seemed to have on the Americans was shocking.

The Americans headed to the bronze medal game against Finland where for the second straight game their offence seemed to disappear as they were shelled 5-0 to the Fins. In fact Toronto Maple Leafs forward Phil Kessel finished tied for top spot during the games with five goals and eight points while his teammate James van Riemsdyk finished tied for second spot with seven points in the tournament, despite being shutout in the team’s final two games.

It Doesn’t Always Workout That Way

Of course this series of events hasn’t occurred every time the two have met in competition or at the World Juniors. In fact in 2013 after Canada defeated the USA 2-1 in preliminary action, the Americans went on to win their next three games on route to beating Sweden 3-1 in the gold-medal game. The three wins even included a rematch against Canada in which the Americans had their revenge smoking the Canadians 5-1 in the semifinals.

For now though, it’s another year where the Canadians got the best of their brothers from down south. The two nations always seem to make their games between each other some of the fiercest and most exciting games to watch. It’s just unfortunate for the USA that when Canada gives them the business, most of the time, like a bad breakup, the team has trouble getting over it.

2 thoughts on “Canada to Blame for USA’s Meltdowns”