By now, the hockey universe has heard, seen or read about Don Cherry’s rant wherein he railed against the Carolina Hurricanes’ home win celebrations. In case you missed it, The Athletic has a transcript: “This is the National Hockey League. These guys, to me, are jerks. They’re still not drawing (fans). I’ll tell you one thing, they better not do this in the playoffs,” he said. “That is absolutely ridiculous. I know all the broadcasters are afraid to say something … I know what I’m talking about. You never do anything like that. They’re still not drawing. They’re still a bunch of jerks, as far as I’m concerned.” (From “A worthy cause, a bunch of jerks and a welcome reminder that the hockey world has your back,” – Sara Civian – The Athletic – 2/18/19). 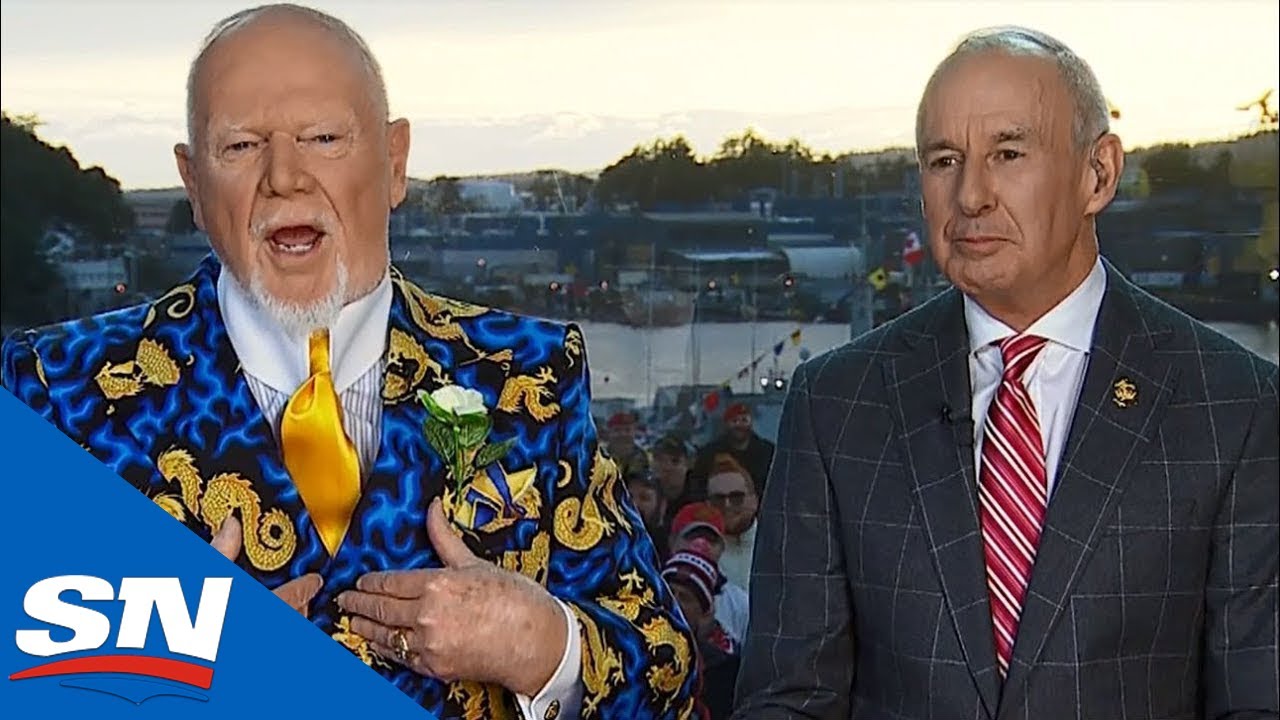 Cherry is known for being opinionated and for wearing loud jackets. The CBC commentator and former coach of the Boston Bruins is a blowhard and wears that moniker well. But, his whining about the Hurricanes’ post-game celebrations is over the top. In response, the team has “Bunch of Jerks” T-shirts available on their online shop. For $32US, you can own what is likely to be a very popular article of clothing for years to come. Cherry would look great in a “Bunch of Jerks” T-shirt.

The Hurricanes have been doing the ‘Storm Surge’ after home wins this season. While he took a shot at the home attendance, the Hurricanes are averaging 13,950 so far this season versus 13,920 last season, Cherry is clueless about the storm surge. He sees a “bunch of jerks” and could not be further from the truth.

First of all, the Hurricanes are a franchise that has not been to the playoffs in a long time. A miss this season will give them a decade’s worth of frustration. The fans are antsy and often voice their disappointment, but they are loyal to their team. They know what winning the Stanley Cup is like and want their team to do it again.

Hurricanes fans know how to bring the playoff atmosphere to their arena. The Pittsburgh Post-Gazette had this to say about that atmosphere in 2009: “For when the Hurricanes’ home crowd gets going, it’s more like being near a speaker at a rock concert where there also happens to be a jet engine operating at full throttle. ‘I think it’s probably the loudest I’ve played in,’ said Penguins forward Craig Adams, who played on the Hurricanes’ Stanley Cup-winning team in 2006.” (From “NHL Playoffs: Carolina fans to pump up the volume for Game 3” – Pittsburgh Post-Gazette – 5/23/09).

Of course, lots of fans will tout their home arena for being loud, but Hurricanes fans know how to bring it and support their team with unbridled enthusiasm.

The Hurricanes have a new owner, a new general manager and a new head coach. They have a bunch of young players who just want to play hard and win. And when they win at home they are giving the fans a little something extra, a reason to stick around to the final horn. Owner Tom Dundon has said he wants the fans to be entertained. The storm surge is hitting that goal, and more.

In November, I wrote that former NHL executive and Sportsnet analyst Brian Burke needed to lighten up. Like Cherry, he too slammed the storm surge, calling it “amateurish and pee wee garbage stuff.” There seems to be a trend developing, first Burke and now Cherry. Both are old-school hockey and both need to get a life. The storm surge is here to stay, at least for this season.

Cherry’s use of the word “jerks” was like putting a ball on a batting tee. The Hurricanes’ marketing department and website folks responded faster than a Sebastian Aho slapper. Their Twitter bio was changed to “That bunch of jerks with the fun celebrations.”

The marketing folks made sure to have “Bunch of Jerks” T-shirts available in their online shop.

Greg Wyshinski wrote at ESPN that the shirts are hot: “How hot are those ‘Bunch of Jerks’ shirts that the Carolina Hurricanes created to goof on Don Cherry? A little more than 24 hours after they went on sale online, the Hurricanes sold 1,680 shirts. Those sales included 41 states and three countries: the U.S., the Netherlands and, of course, Canada. They go on sale in the Hurricanes team store on Tuesday.”

Knowing Dundon, there are likely ongoing conversations about how to ride the “Bunch of Jerks” wave for all it is worth. By the way, Cherry said, “they better not do this in the playoffs.” Does that mean he believes this team will make it to the playoffs? A vote of confidence from Cherry!

One thing is certain: If the Hurricanes make the playoffs, the “Jerks” will fill Raleigh’s PNC Arena and will be the loudest “Jerks” cheering on their team in the entire NHL. Get ready, Cherry, and please buy a “Bunch of Jerks” T-shirt. It will enhance your appearance and announce that you, too, are a jerk.