The National Hockey League has expanded into unconventional markets over the years, some showing more success than others. By expanding to Las Vegas, the NHL is increasing its footprint in untraditional markets. Building a franchise in such a unique city will not be without challenges. 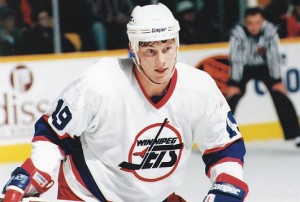 The NHL expanded into atypical markets before the Vegas Golden Knights, creating the Los Angeles Kings in 1967, Tampa Bay Lightning in 1992, Florida Panthers and Anaheim Ducks in 1993, and Nashville Predators in 1998. The league has relocated to unconventional markets as well, moving the Minnesota North Stars to Dallas in 1993, Winnipeg Jets to Arizona in 1996 and Hartford Whalers to North Carolina in 1997.

Some of these teams have been embraced by their unique markets and flourished; others have seen limited or inconsistent results. The Vegas Golden Knights have the opportunity to study past expansions and relocations to learn from those experiences, in order to give themselves the best chance of success.

Past expansions into atypical markets have exemplified the idea that being successful on the ice will facilitate off-ice success. Being a competitive and accomplished team can attract fans. Teams with championships, like the Anaheim Ducks (2007), Dallas Stars (1999), and Tampa Bay Lightning (2004), have advanced on both sides of the ice. 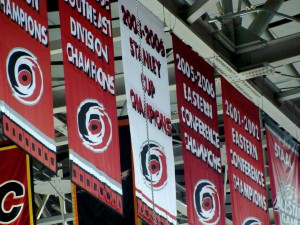 The Carolina Hurricanes reflected this same idea, having been in the Stanley Cup Finals in 2002 and winning in 2006, but have struggled in recent years. The Hurricanes had attendance issues initially but increased by the 2001-2002 season. In 2006-07, the season after they won their first Stanley Cup, the attendance hit its first peak. Since their last attendance peak in 2012-13, their numbers have dwindled and the team has not impressed on the ice — causing instability and relocation rumors.

Although Nashville was not a traditional hockey city prior to the arrival of the Predators, the city has embraced hockey and the Predators have excelled there. Since their inception, fans have been enthusiastic about the Predators. That enthusiasm has only grown as the Predators have developed into a successful franchise. Hockey has been further engraved into Nashville since the Predators inspired and facilitated the growth of youth hockey in Tennessee. The Predators may not have won a Stanley Cup yet, but have created a talented team with franchise players that have bonded Nashville with hockey.

Teams like the Florida Panthers, who have had little on ice success, are unable to get the same traction that winning teams have. The Panthers, though, were at a disadvantage from the start since the NHL expanded to Florida a season before with the Tampa Bay Lightning. With Florida fan base already forming for the Lightning, the NHL added another team to the sunshine state. Also detrimental to the Panthers was the Lightning winning a Stanley Cup and more frequently being a playoff contender — even though the Panthers were initially a better team.

However, the Panthers in recent years have taken strides in creating their own identity­­ — realizing their freedom as a team in an unconventional market to have quirky traditions. The personality of the team gained national attention as the team was thriving on the ice, which helped the Panthers gain some stability.

Hockey in the Desert

The Arizona Coyotes may be the most comparable to the Golden Knights, as both are located in the desert. Unfortunately, the Coyotes have had many periods of instability since their relocation from Winnipeg in 1996 — with issues ranging from their attendance, finances, and their arena.

For the NHL to look to the desert as a sustainable market after dealing with the tumultuous situation with the Coyotes is questionable. Like Arizona, Las Vegas does not have a natural hockey fan base. However, the Golden Knights are starting with some advantages, like stable finances and an arena dedicated to them. And with an ownership group devoted to their success, the Golden Knights should be on steadier grounds than the Coyotes ever were.

Phoenix never had a chance with this arena racket. Vegas starts day one on immediately better footing.

The Coyotes on ice inconsistencies plagued them as well, further demonstrating how imperative it is for an untraditional market team to be competitive––or at least show potential for future success.

The Challenges of Las Vegas

Las Vegas has a history with hockey, as recent as 2014-15 with the ECHL Las Vegas Wranglers. While sustaining minor leagues teams may not be the most indicative in predicting whether a not a major league team like the Golden Knights will succeed — since an NHL team garners more attention than a minor league team­­ — it means that Las Vegas is at least acquainted with hockey.

For expansion teams in particular, they do not have a history to allure fans with. Rather, these teams have to build their own history. Teams may use that to their advantage when attracting fans, showing fans how a team is essentially built from scratch. By involving fans in a team’s history from its inception, it connects fans to the budding franchise.

When a team relocates, that team may still have a fan base in their former market. Also, that team is already put together — increasing their chances of being a competitive team. Expansion teams may be at a disadvantage because they have to build a team based on who other teams make available.

Being without an established fan base will be a challenge for the Golden Knights, but the NHL may have put them at even more of a disadvantage. As it stands, the protection lists from each team will be kept private. Publicizing the lists prior to the Golden Knights announcing their selections would draw the attention of Vegas fans, as well as fans around the league.

The NHL also discussed with GMs whether or not they would reveal each team's protected list ahead of expansion draft. GMs said No. (con't)

Giving the fans the opportunity to see the available options and seeing which players are selected invites fans into the process and management’s decision-making, giving them direction on their new team’s identity. Instead, the NHL is diminishing the fan experience and disconnecting with a fan base that they need to cultivate.

The Golden Knights have to imprint hockey into Las Vegas. They could follow the Ducks, Predators, and Kings by investing in youth hockey. While there is already some youth hockey in Las Vegas, they could expand it to cement themselves in the community.

Expansion teams have a number of obstacles, including entering an already competitive league and growing a fan base from scratch — which may be particularly challenging when entering an untraditional market. The Golden Knights’ expansion will likely be significant in the NHL’s future expansion decisions.

After Vegas, the NHL will have to expand again in the Western Conference in order to balance the 16-team Eastern Conference. If the Golden Knights expansion makes the league more unstable, especially if it is due to the market, it is highly likely that the NHL focuses on safer, more traditional markets. On the other hand, if this expansion is effective, it could inspire more growth in unconventional markets.