It was a long summer for defenseman Cody Franson.

The 28-year old spent last season splitting time between the Toronto Maple Leafs and Nashville Predators before hitting the free agent market on July 1. Despite the fact that he went in looking for, and expecting, a long-term contract, Franson ultimately was stuck waiting for the not only the right deal to come along, but the right fit as well.

He feels he’s found that in Buffalo where he signed a two-year, $6.65 million contract on Thursday.

“Things changed a little bit in free agency,” Franson said regarding the wait for a deal. “We just tried to roll with the punches as best we could, and I’m very happy to be here in Buffalo.”

With the Canadian dollar continuing to fall in value, the salary cap went up only marginally during the offseason which led to teams not dishing out the big contracts that had been expect on July 1. Because of this, some players, including Franson, were left waiting and wondering just when a deal would come about.

Franson had talked to a number of teams throughout the summer, but most were just offering him one-year contracts. With the Sabres, the veteran gets a two-year deal which was a major factor for him in his decision.

“I’ve been on one year contracts for a few years now,” he said. “I’m very fortunate to get a two year deal.”

The Sabres and Franson have been talking about bringing him into the mix since the start of free agency. General manager Tim Murray said that it was weeks of e-mails and phone calls that led to both sides feeling there was a key role for him in the lineup.

“He’ll certainly help us on the power play with his shot, his ability to move the puck,” Murray said. “He’s a skill defenseman. He’s obviously a big body; we know he’s not a crash room banger, and that’s not what we signed him for. He’s got some range – he’s got a long reach – so it does take some space to get by him.” 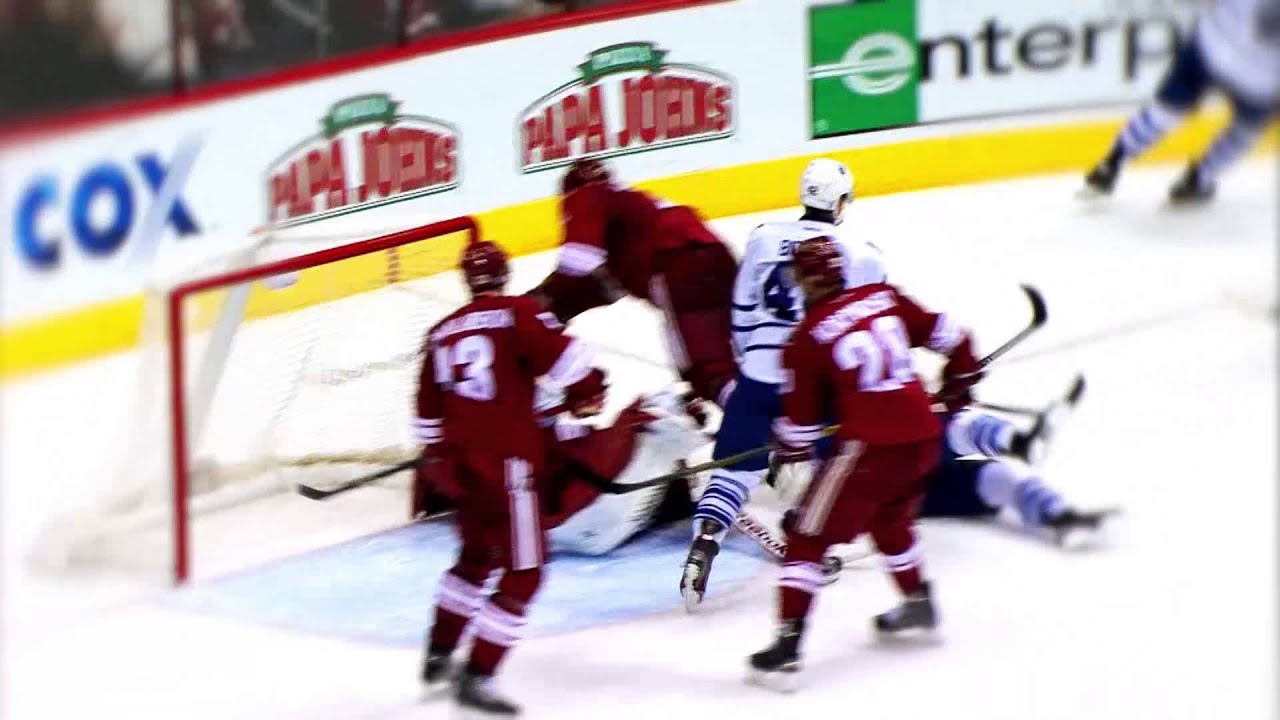 Murray was also adamant that Franson has a set spot on the roster, meaning that changes to what positions are up for grabs when training camp opens up are certainly coming.

Franson sees himself playing the right side with the Sabres as well as being a key member of the power play unit. He said the role he’ll be given in Buffalo was a key point in making his decision to sign with the team after gaining a chip on his shoulder for the role he had after he was traded to Nashville at last year’s deadline.

“Unfortunately, it just wasn’t a good fit this time around,” Franson said of his time with the Predators. “They brought me in having three kind of guys to work the right side and play the power play, and that’s one of the things I try to take a lot of pride in. I went from playing an important role in Toronto to more of a depth role in Nashville, and it was a big adjustment.”

With the Sabres, Franson reunites with former teammate David Legwand as well as close friend Josh Gorges. With Gorges, there’s a bit of irony in the fact that the two were almost traded for one another last summer before Gorges was dealt from Montreal to Buffalo.

In fact, the two were neighbors in Kelowna, British Columbia when rumors of the deal first started to surface last year. The two talked about the potential deal before Gorges ultimately decline a trade to Toronto, but accept one to Buffalo.

“Now we’re getting the chance to play together,” he said. “We’re very excited about it. I can’t wait to get this going.”